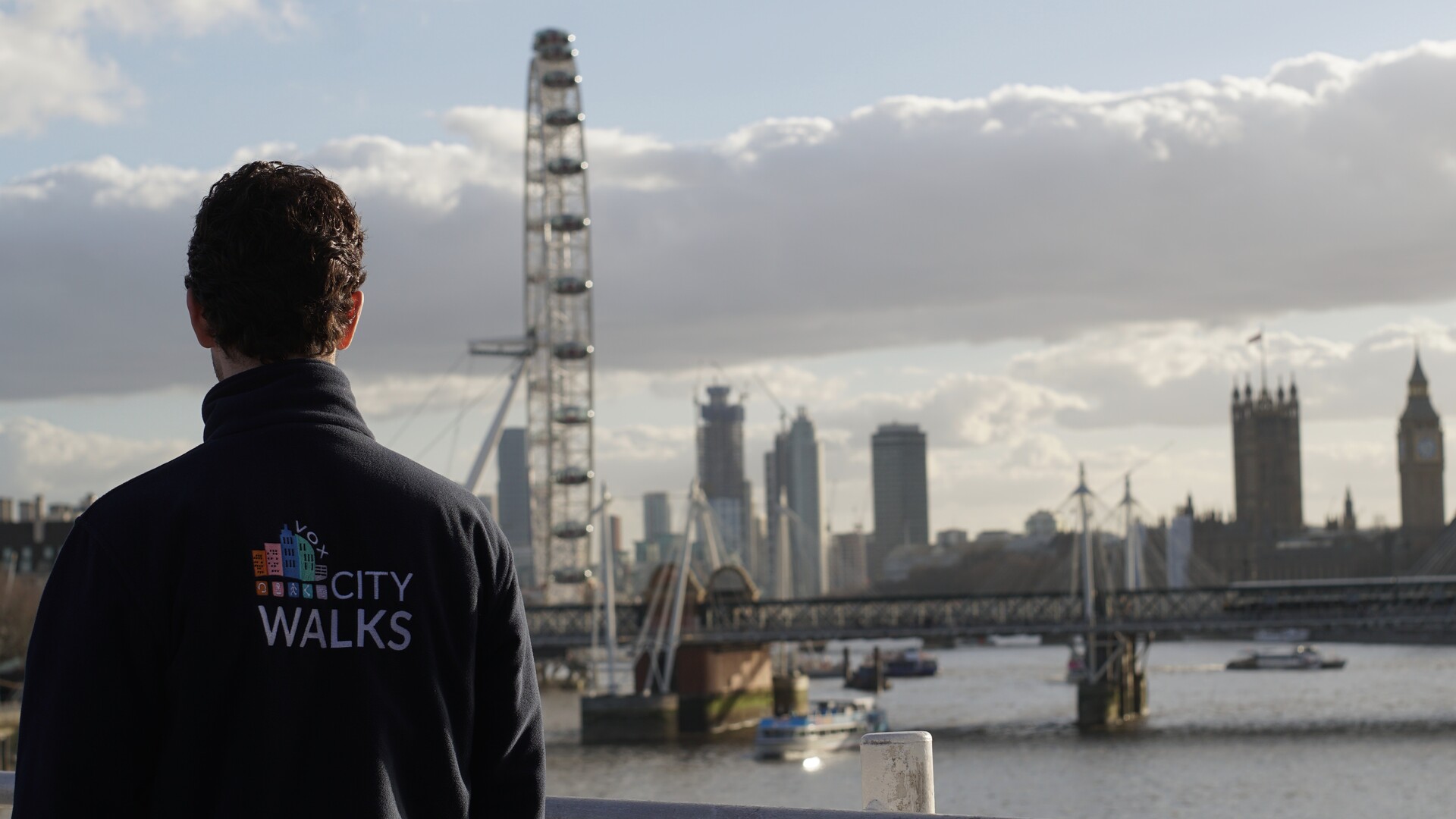 From historic buildings like Big Ben and Houses of Parliament to modern skyline staples like the London Eye and The Shard, London is a city of landmarks. With a famous sight on every street our walking tours will not only show the most emblematic and impressive monuments, but you will be able to learn the history of Great Britain’s capital in depth. Expect to be shown everything from exclusive hotels and restaurants in upscale neighbourhoods to cool local pubs in edgy areas.

Start your discovery by delving deep into Great Britain’s most esteemed institutions with our West End & Royalty guided tour. Beginning at Parliament Square you will wander past the whimsical Westminster Abbey and the impressive Buckingham Palace. After admiring this regal royal residence, you will walk along The Mall, a tree-lined ceremonial street leading away from the palace towards St. James’ Street, home to some of the city’s oldest established businesses. From there, you will sing and dance your way around the West End’s most highly respected theatres, including Piccadilly, Sondheim, and Apollo.

But the city is famous for much more than the royalty, and indeed, magic is all around in London, and our Wizard Walk will take you to the most magical locations whilst showing you key London landmarks, like Trafalgar Square and Covent Garden. Your guide will tell you all the stories of Harry Potter, his friends and foes while you stroll by iconic buildings like the National Gallery and the emblematic Royal Opera House. You will visit key movie locations and relive the special moments from the movie, even perhaps win 10 points for Gryffindor if you’re a truly Harry Potter fan!

After an outstanding and magical Wizard Walk it’s time to keep discovering as the sun sets in our London by Night tour. Your local guide will help you discover the banks of the Thames river, including the iconic Southwark with the impressive London eye. Of course, there will also be an introduction to the city's most happening nightlife streets so that you know exactly where the best pubs and clubs are to complete your stay in London.

London is such a multifaceted city that there’s always something else to be explored. So, use the free Vox City app (included in your ticket) to discover more delightful self-guided routes in and around this cool capital city like ‘Parks and Palaces’, ‘Best of Soho’, and ‘Tower and Thames’.

Hop-on a guided tour at one of our joining points:

⚬ Your ticket is valid for 3 days. Join any of our 3 walking tours as you please during this time
⚬ The Vox City App is included in your ticket, use it to track your guide and book your spot on the tours
⚬ Guided tours depart from 11h00 at the main meeting point: Westminster, Parliament Square, by the Winston Churchill statue.
⚬ Using the Vox City App, discover the rest of London with our 9 self-guided routes included in the price and your Veluba complimentary shuttle.
⚬ All passes are valid for 12 months from your selected travel date. If your plans change and you’re unable to participate on your chosen date, simply use your voucher at another time
⚬ Tours operate daily