Venice bucket list: 7 amazing things to do in Venice, Italy

Venice bucket list: 7 amazing things to do in Venice, Italy

Is there anything else to be said about Venice at this point? Absolutely, without a doubt. This city's reputation as a source of romantic passion dates back centuries, and it shows no signs of slowing down. The summer months may be unbearably crowded, but no one can blame the masses of tourists for their choice of vacation destination. Venice is like a movie set come to life; the city's Gothic architecture, beautiful bridges, open piazzas, and canals make for a surreal experience. To speak the bleeding obvious, Venice is Venice. Absolutely nowhere else on Earth compares to it. The top activities to do in Venice are a great way to learn more about the city, and they include avoiding the crowds and indulging in some of the best cuisine in the world. What does "Venice at its most Venetian" look like?

Do you want to know the top things to do in Venice? Then stop looking. Incredible variety and accessibility can be found within a relatively short area at this breathtaking must-see. You'll quickly understand why this Italian seaside town is consistently ranked among the top tourist destinations worldwide. Check out additional cities you might add to your Italy bucket list while you are organizing your Venice activities.

To this day, St. Mark the Evangelist remains venerated as the city's patron saint. St. Mark's Square is just one of many examples of the city's architecture and history that attest to this relationship. The main square of Venice, also known as Piazza San Marco, serves as the city's social hub. There are many well-known landmarks in this area, including the Clock Tower, St. Mark's Basilica, the Doges' Palace, and the Winged Lion of Venice. Public gatherings have been hosted in St. Mark's for centuries. You can expect to see many sociable pigeons, but remember that you are not allowed to feed them. There are many cafes along the northern end, making it a pleasant spot to people-watch while sipping an Aperol spritz or a cup of hot chocolate. Plan your visit for the early morning hours before the crowds of tourists arrive. 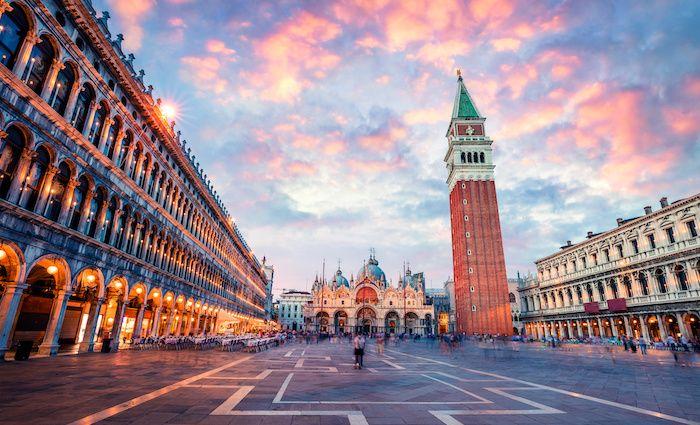 From the minute you arrive in Venice, you may begin your self-guided Vox City audio tour. Use our cutting-edge navigation features right away to simplify self-guiding, and select from a wide variety of suggested walking routes. As you get closer to St. Mark's Square and Basilica, the Doge's Palace, the Grand Canal, and the Rialto Bridge, you'll feel yourself being engulfed in the city's rich history and culture.

Doges Palace, which can be found on the Grand Canal in the city's main area, is widely regarded as one of the city's top attractions. Doge's Palace, also known as the Palazzo Ducale, is the most significant structure in Venetian history. For hundreds of years, the Doge of Venice also served as the spiritual leader of the city. As the equivalent of the Pope, Regent, President, or Prime Minister of Venice, he effectively held all of those positions simultaneously. Tucked up in a corner, with St. Mark (Venice's patron saint) and the winged lion of Venice pointing toward the water, sits the Doge's Palace. Doge's Palace, both inside and out, is a remarkable example of Venetian Gothic architecture, and we would recommend setting aside at least 90 minutes to explore it. 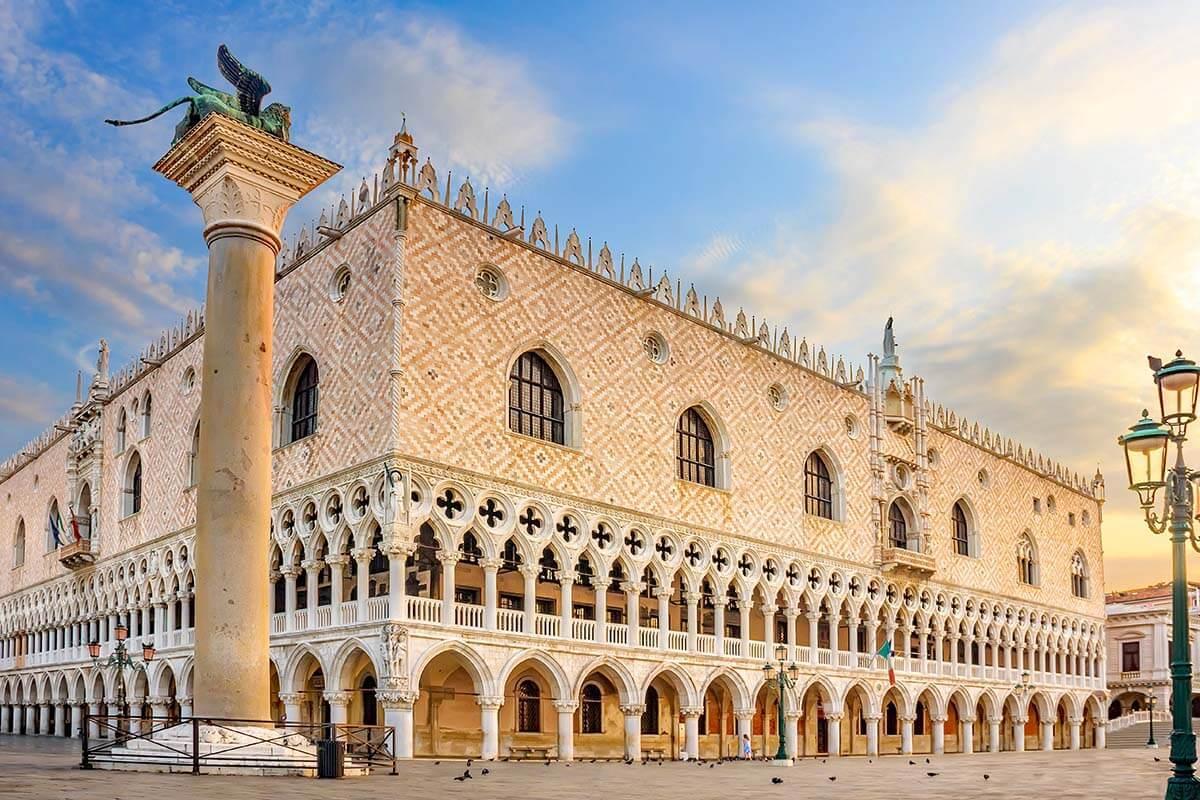 Explore Doge Palace on your own with a guided audio tour provided by Vox City. You'll get to go inside Doge's Palace and see the various chambers while hearing interesting tales about the palace's past from our knowledgeable guides. The palace was one of Italy's most significant political buildings because it served as the formal house of the Doge of Venice and the seat of Venetian government. Visitors can now stroll the gardens and take in some of the city's most impressive examples of Gothic architecture.

St. Mark's Basilica, also known as Basilica di San Marco, dominates the entire side of the plaza that it occupies. Gold leaf mosaics, massive domes, and refined equestrian statues adorn the impressive front. Visit the inside of the Basilica San Marco to take in the stunning variety of mosaics that were recently restored. You may also view the Byzantine golden cloth, known as the Pala D'oro, and the relics of the cathedral in the Treasury. Climb the stairs to the modest museum dedicated to the church and the history of Venice, and enjoy an unparalleled vantage point over St. Mark's Square from the terrace by the horse statues. One of the finest specimens of Byzantine architecture, the Basilica of Saint Mark (San Marco) was modeled after the basilica of the Holy Apostles.

Use a Vox City audio guide to learn more about St. Mark's Basilica on your own time. Join us as we take you inside the most well-known Roman Catholic Church in all of Venice for a guided tour and informative experience. St. Mark's Basilica, with its distinctive exterior and Italo-Byzantine architecture, is a must-see for any visitor to the city. You can explore Saint Mark's Basilica at your own pace with the help of an app-based self-guided audio tour.

The Rialto Bridge, or Ponte di Rialto, is the city of Venice's oldest bridge, having been built in the early sixteenth century. When people think of the city, this bridge is what comes to mind. Connecting the neighborhoods of San Marco and San Polo, it is the first of only four bridges that cross the Grand Canal today. Additionally, the Ponte dell'Accademia and Ponte degli Scalzi are two additional bridges that cross the Grand Canal in Venice. 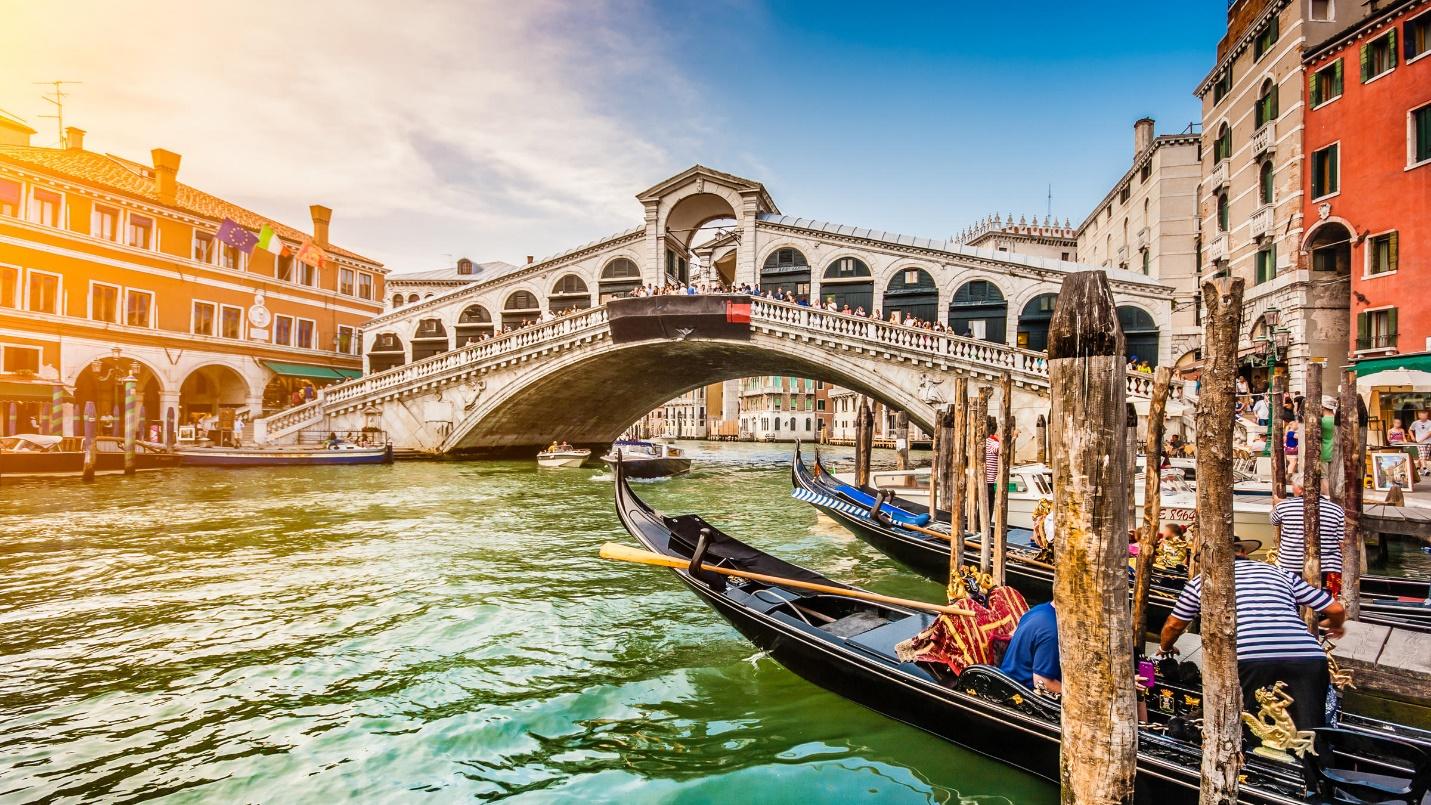 The abundance of stores on the Rialto Bridge today makes it one of the most interesting bridges everywhere. It is impossible to take a gondola ride without beginning or ending it at the Rialto Bridge, or at the very least passing under it. Experience the best of Venice on a Gondola ride and a walking tour of the city's highlights with Vox City. Embark on a Gondola ride around the Grand Canal in Venice and take in the city's picturesque surroundings.

The Bridge of Sighs

One of the most popular things to do in Venice is to stand on the Bridge of Sighs and watch the gondolas pass under you as they make their way between the Doge's Palace, the Palazzo Ducale, and the Venice prison. From the lake near St. Mark's Square, this tiny bridge spanning the Rio di Palazzo can be seen. Despite its little size, this landmark is a must-see for any visitor to Venice. A excellent place to get that classic Venice shot is from the bridge of Sighs, where you can see all the gondolas passing underneath. The Palazzo Ducale has the courtroom where those convicted of crimes were tried, which is supposed to be the inspiration for the Bridge of Sighs's eponymous name. If found guilty, the prisoner would be led across the bridge and locked up. Looking out the narrow, ornate windows of the bridge would be their last memory. This would be their last opportunity to breathe freely, and they would "sigh" at the prospect. Because of this, it was given the moniker "Bridge of Sighs." 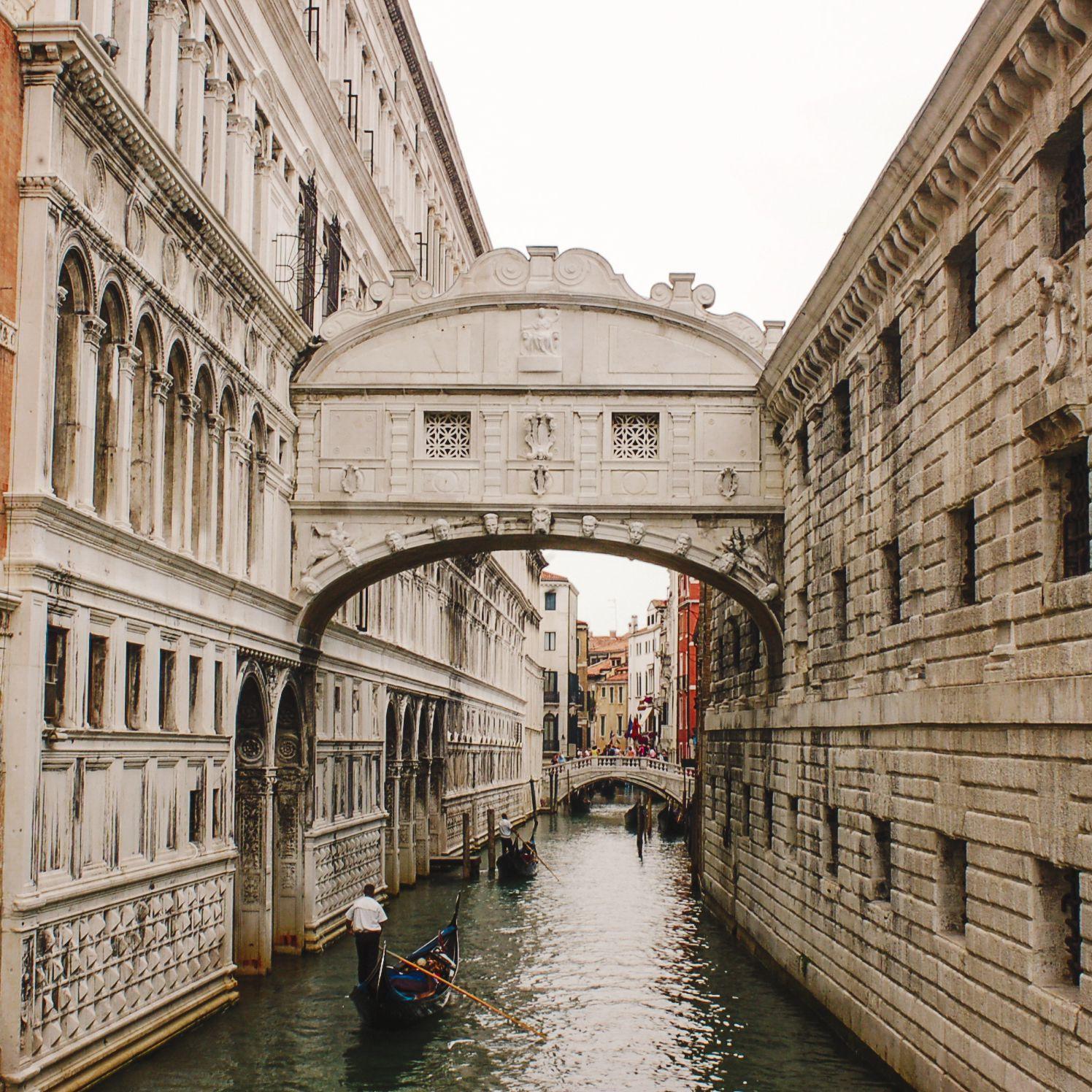 From the minute you arrive, you may begin your self-guided audio tour of Bridge of Sighs and other attractions in Vox City. Use our cutting-edge navigation features right away to simplify self-guiding, and select from a wide variety of suggested walking routes.