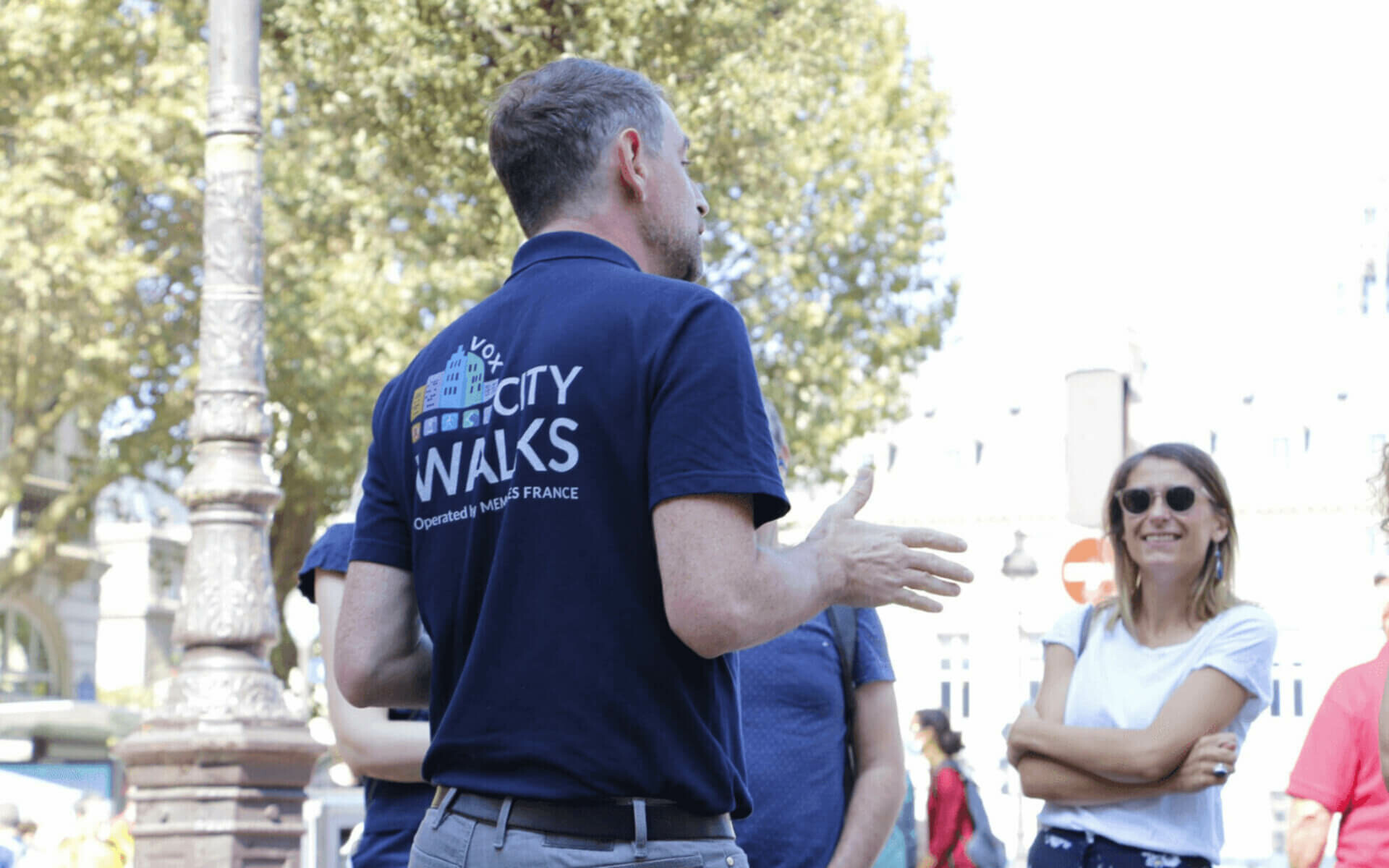 Paris, the world’s most romantic capital, has inspired artists, writers, and designers for centuries. The likes of Picasso, F.Scott Fitzgerald, and Gertrude Stein all called the city home. Their legacy, as well as the cultural icons, live on in the city’s museums, galleries, libraries, and boutiques. But as much as the city is about culture, it is also about simply strolling along elegant avenues, indulging in croissants and coffee in cafe patios, and shopping in chic stores. In our guided Paris city tours, we show you the best of both Parisian worlds so that you get a true sense of what this sumptuous city is all about.

Our guided tours go deep into the city’s soul by exploring its incredible neighbourhoods. Le Marais tour takes you on a stroll through what’s arguably Paris’ hippest neighbourhood to explore Paris’ fashion, LGBTQ+ scene, and its Jewish Quarter. Along the way, we will be stopping at poet and novelist Victor Hugo’s former home, Musee Carnavalet, and Rue des Rosiers, one of the most picturesque shopping streets in Paris. Of course, all the must-see landmarks in the area are on our list too, including Paroisse Saint-Paul Saint-Louis, Église Saint-Gervais, and Sully Hôtel. Most of all though, we can’t wait to show you around Le Village Saint Paul, a maze of art galleries, eateries, and antique shops amongst cobbled streets.

Afterwards, we retrace the steps of Paris’ most famous literary talents, who were most often found hanging out in the Latin Quarter. Starting at Place Saint-Michel, we wander through this neighbourhood to find out what drew the world's great literary minds like Baudelaire, Hugo, and Camus to this part of Paris. We pass some of the city’s best restaurants on Rue de la Huchette, bury our heads in books at the world-famous Shakespeare & Company bookstore, and get a glimpse of Ernest Hemingway’s former home. Of course, we don’t leave the Latin Quarter without stopping by its most loved landmarks, including the Panthéon and Sorbonne Université.

Finish your cultural tour of Paris by visiting the neighbourhood that has won over the hearts of artists for centuries — Montemarte — on our ‘The Artist’s Paris’ tour. Overlooked by the Sacre-Coeur, this quiet cobbled village in the centre of Paris is home to galleries, cafes, and historic gems and we will show you the best of each. The tour starts at Le Bateau-Lavoir and we will be passing iconic sculptures like Le Passe Muraille and Buste de Dalida, to reach the Musée de Montmartre.

After exploring many of the city's landmarks with your guide, including the Rue des Rosiers, Église Saint-Gervais, Shakespeare & Company use the free Vox City app (included in your ticket) to discover more of Paris and its fashion, art, and literary worlds.

⚬ Your ticket is valid for 2 days. Join any of our 3 walking tours as you please during this time
⚬ The Vox City App is included in your ticket, use it to track your guide and book your spot on the tours
⚬ Guided tours depart from 09h30 at the main meeting point: Quai de l’Hôtel de Ville, Exit Metro Pont Marie
⚬ Using the Vox City App, discover the rest of Paris with our 8 self-guided routes included in the price
⚬ All passes are valid for 12 months from your selected travel date. If your plans change and you’re unable to participate on your chosen date, simply use your voucher at another time
⚬ Tours operate daily