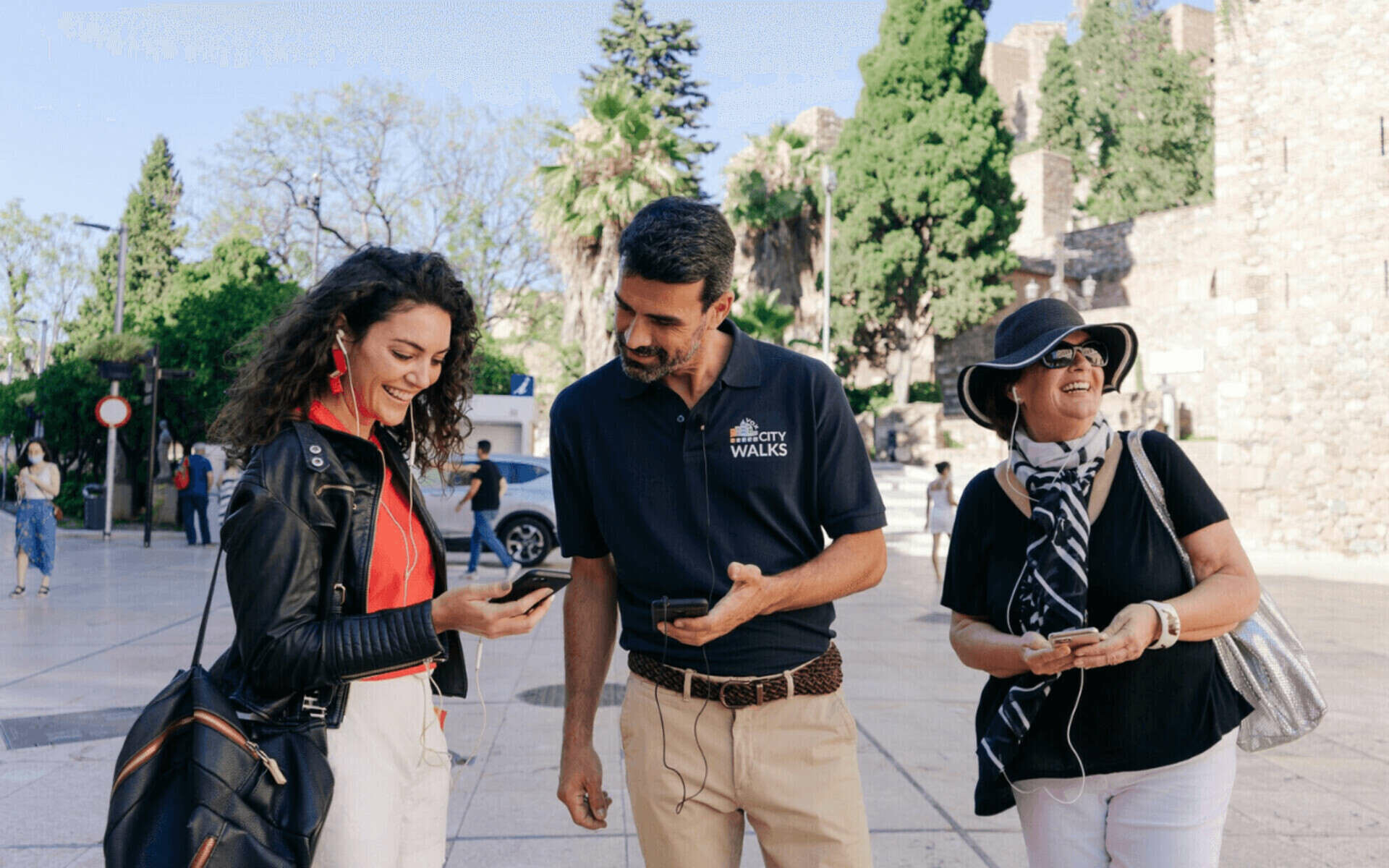 Founded by the Phoenicians around 770 BC and still thriving today, Malaga is one of the oldest cities in the world to be continually inhabited. From the Phoenicians to the Romans, the Moors, and finally the Spanish. On our guided walking tours, you will discover its wealth of heritage and influence on modern culture along with its rich heritage.

Start your stay in the city with our Essential Malaga guided walking tour through the historic and commercial centre. The tour begins by strolling down Calle Larios, a luxury shopping destination with the most expensive real estate in the city. From here, your guide will take you to Malaga’s most impressive landmarks, including the bishop’s Palace, the Church of the Tabernacle, and the Museo de Malaga. As you make our way towards the Jewish Quarter, you will discover the city’s awe-inspiring street art and learn about the life and works of renowned painters Pablo Picasso and Eugenio Chicano Navarro.

Stop for a refreshment at Cafe de Chinitas, which, having been opened since the mid-1800s, became frequented by Malaga’s artists and intellectuals, including Picasso and Salvador Dali. Afterwards, take a scenic stroll through the city’s pretty plazas to Calle Nueva, one of the oldest streets in the historic centre, before finishing the tour at Plaza Felix Saenz, where you can treat yourself to a delicious portion of churros at the famous Casa Aranda.

There’s only one thing better than spending the day exploring the city on our guided day tour, and that’s exploring it on our Romantic Evening in Malaga tour. On this tour, you will take in the picturesque city sights under the golden light of the setting sun for a magical experience. Along the way, your guide will stop so you can appreciate the beauty the city beholds in its architecture, nature, and history. But first, we point out the best roof terraces from which to enjoy a light evening cocktail with city views.

These routes are just two of five tours you can take throughout the city, with our self-guided routes included in the price. The Mediterranean Culture self-guided route takes you on a sojourn into the city's culture and history, passing by impressive sights like the Malageta Bullfighting Ring and Castle of Gibralfaro. The Soho Street arte self-guided tour will show you the edgy side of Malaga, with cool street art and alternative sites. Meanwhile, the Young Picasso route will tell you about the beginnings of one of the most famous Malageños and artists around the globe.
After exploring the most popular sights of magnificent Malaga with your guide, use the free Vox City app (included in your ticket) to discover more delightful walking routes in and around the city.

⚬ The Vox City App is included in your ticket, use it to track your guide and book your spot on the tours
⚬ Guided tours depart from 10h30 and 12h30 at the main meeting point: Marques de Larios Street, by the Statue of the Marques de Larios
⚬ Using the Vox City App, discover the rest of Malaga with our 5 self-guided routes included in the price
⚬ All passes are valid for 12 months from your selected travel date. If your plans change and you’re unable to participate on your chosen date, simply use your voucher at another time
⚬ Tours operate Friday to Sunday
⚬ Tours available in English and Spanish