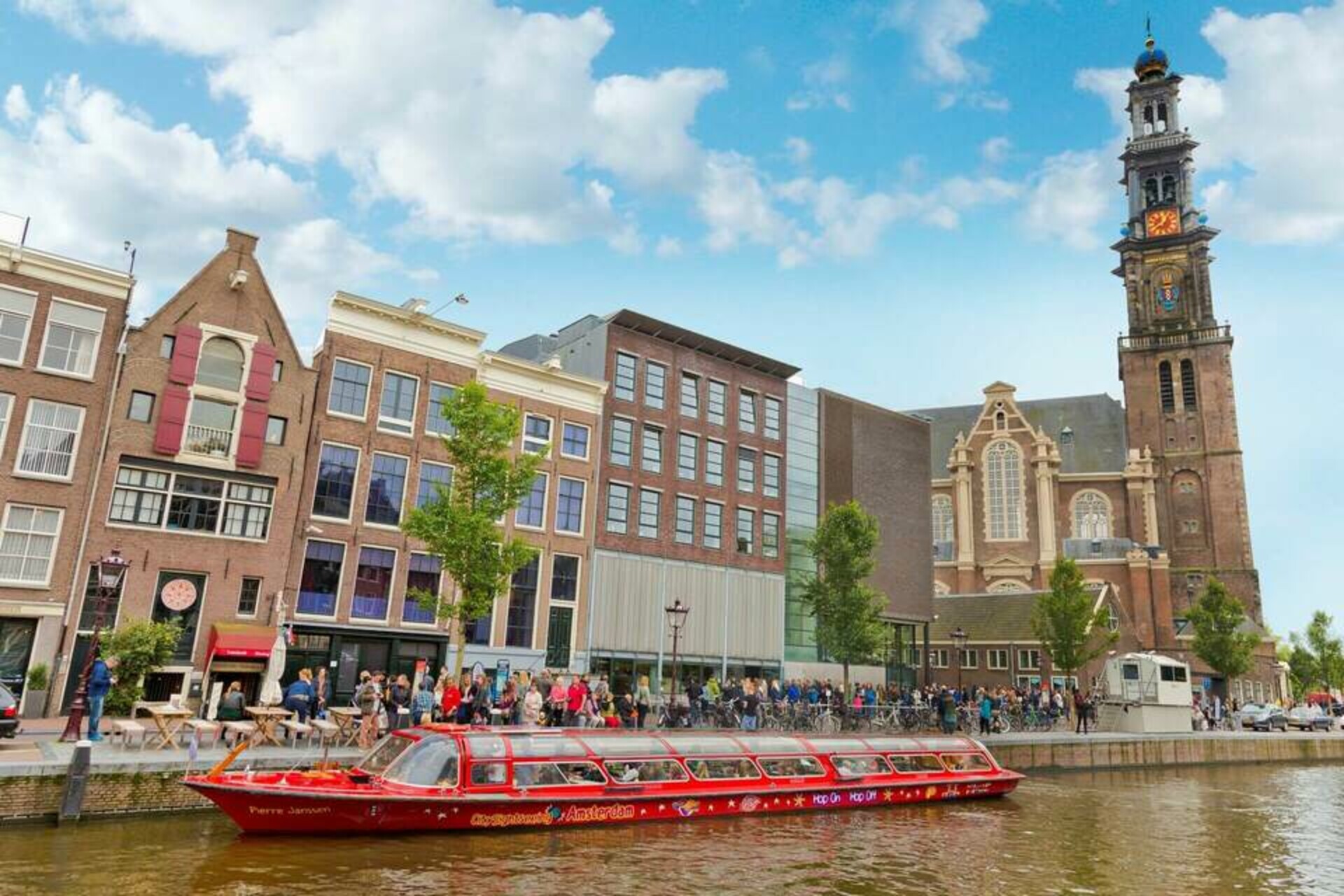 Discover Amsterdam from every perspective with this pass including a guided walking tour, hop-on hop-off bus tour and canal cruise.

Led by a local guide, your walking tour will introduce you to iconic landmarks, from the National Monument and Red Light District, to the Royal Palace and Rijksmuseum. Discover hidden gems that aren't accessible by bus or boat, as you're taken from Dam Square, to Westertoren, to Waterlooplein!

Hop-on the bus tour and enjoy panoramic views from the open-top deck as your transported around one of Europe's most culture-rich cities. Hop-off at spectacular sights like Jordaan, the Museum District and the Jewish Quarter.

Board the boat tour and enjoy a fabulous one-hour ride along Amsterdam's iconic 100km-long canal belt. Listed as an UNESCO World Heritage Site, a tour along the canal boasts views of Amsterdam's grand narrow houses and important landmarks including Anne Frank's House.

Join a walking tour:
⚬ Use the Vox City app to track your nearest tour guide and joining point
⚬ Or, meet your guide at the main meeting point, located at the Tours & Tickets shop, Damrak 26

Hop-on a bus tour:
⚬ Tours depart from 10:00 - 17:00 every 20 minutes. We highly recommend checking the schedule when you arrive
⚬ Tour stops include: Heineken Experience, Vondelpark, Prins Hendrikkade + 7 others

⚬ After booking, you will receive an email with a voucher attached. Read the attachment carefully and log-in to your booking
⚬ After logging in, select a date for each visit and download a voucher for each activity
⚬ Further information, including opening hours, addresses and voucher redemption instructions, will be shared on the vouchers for each activity
⚬ This pass is not available on Mondays or Sundays
⚬ City Sightseeing Amsterdam bus tickets are valid for 24 hours from first use
⚬ The boat ticket is valid for 1 use and a full tour takes approximately 1 hour
⚬ Walking tours depart at 10:00 AM