How to see the best of Amsterdam? (Itinerary & Tips)

How to see the best of Amsterdam? (Itinerary & Tips)

When it comes to European tourist hotspots, Amsterdam is a must-see. There is something for everyone in Amsterdam, which is why travelers continue to flock there in unprecedented numbers. In addition to the Red Light District and cannabis-selling coffee shops, the area also features a picturesque canal landscape and delicious waffles. Natural splendor, historical landmarks, gorgeous landscapes, retail malls, and a plethora of other attractions await you during your stay in this city. It's a terrific option for anyone looking for a vacation destination that caters to a variety of interests.

There is something for everyone in Amsterdam. Be it a single person, a couple, a family, or a bunch of pals. Everyone can find something to their liking here. For a group of buddies, any city is a viable alternative. However, for a solitary traveler, it's not like all cities are as simple to plan or entertain. Because of the city's well-developed transit system, single travelers will be able to save money. However, this isn't the primary reason it's so well-liked by lone travelers. This is due to the local travel community! In order to see as much as possible in a short period of time, a meticulously prepared Amsterdam itinerary is essential. It is our recommendation that you spend four days in Amsterdam, which will provide you with a fantastic mix of city attractions, amazing sunsets, day trips, city cycling, museums, and more. The following is a tentative schedule for visiting Amsterdam.

Starting your day in Amsterdam should begin with a stroll through the city center Dam Square. It's about a 10-minute walk from Amsterdam Central Station via Damrak Street or Nieuwendijk from there. You can also take the tram if you don't want to walk all the way. The Royal Palace of Amsterdam should be your next stop after admiring the National Monument and the neighborhood's other notable structures, such as the Nieuwe Kerk church. The palace's rooms, which served as the town center from the 17th through the 19th century and subsequently as a royal residence, are worth a look for their historical furniture, paintings, and sculptures.

Vox City offers a self-guided audio tour of one of Amsterdam's most recognized monuments, Dam Square. Our tour includes a visit to the Royal Palace and the National Monument, as well as a look at the history of Dam Square. Learn about the trams, impressionism, and other iconic Amsterdam symbols in this introduction to Dutch culture. Dam Square has a bustling environment because of the eateries and street performers along its perimeter. Start exploring at your own leisure and listen to the stories told by your English audio guide wherever you walk from the minute you arrive. 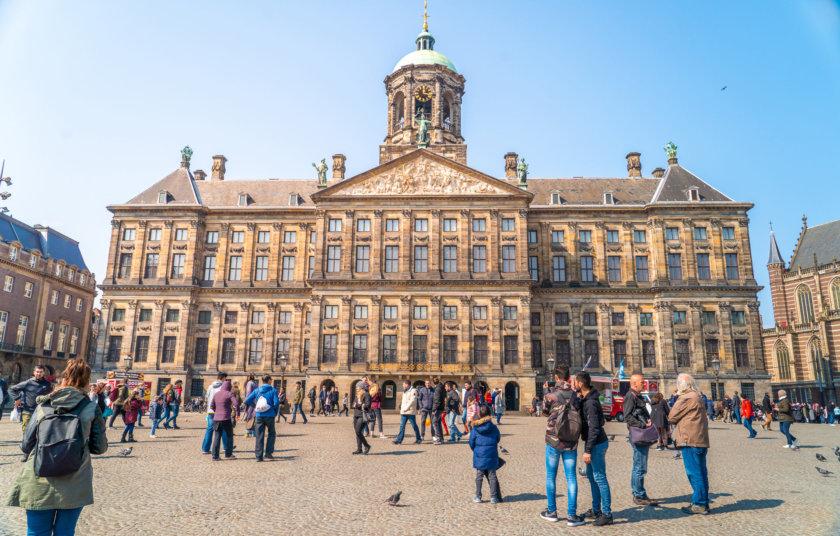 For a change of pace, we'll be heading to the Anne Frank House, a museum dedicated to the life of Frank and the families who hid in the annex during WWII. The museum, built by her father, Otto, the only survivor of the Auschwitz death camp, is a touching and passionate memorial to those who perished. 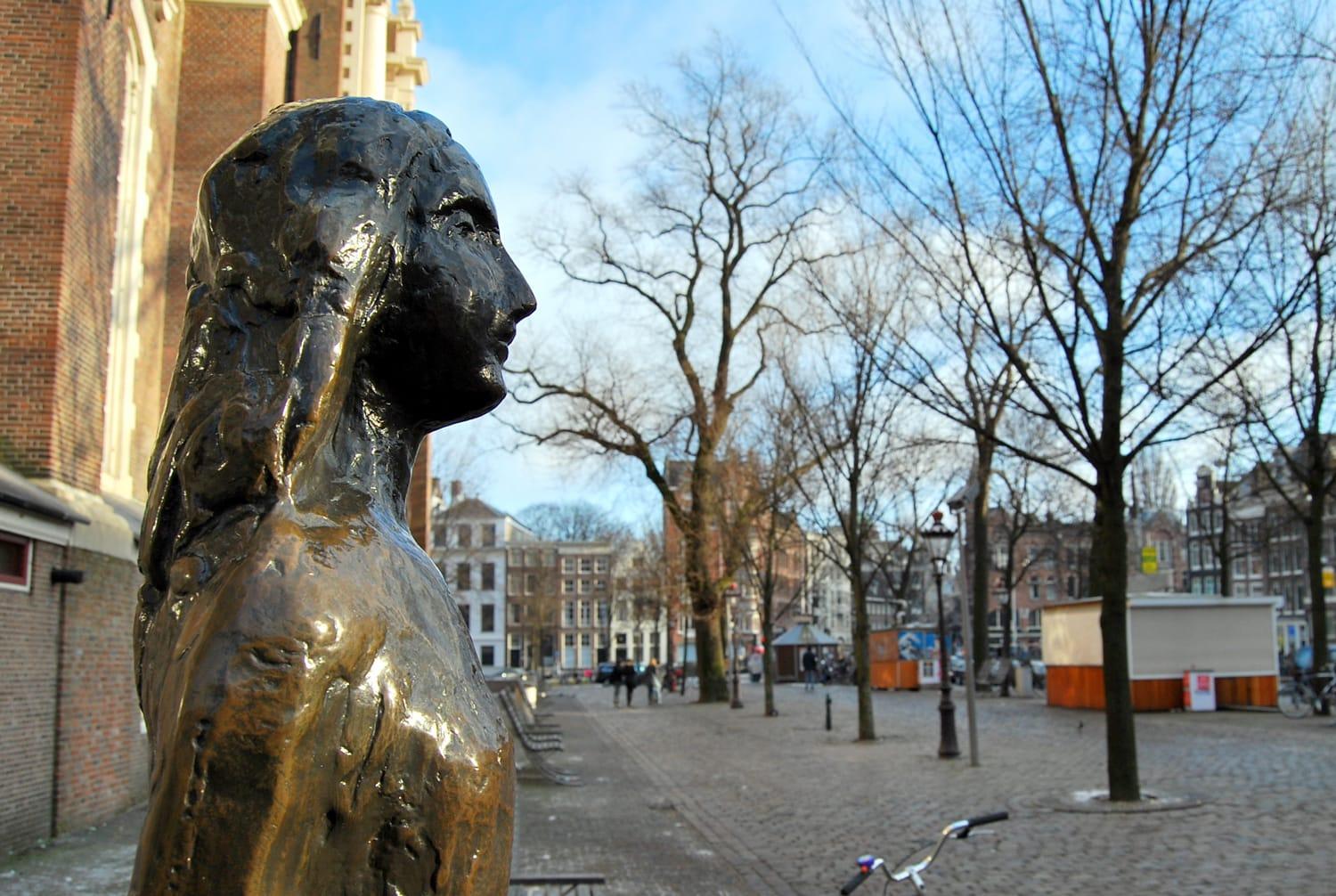 So, let's stay in the Jordan neighborhood and proceed to the Anne Frank House, which is across the canal from the museum. When the Second World War broke out, a young Jewish girl and her family hid out there. In her diary, Anne Frank chronicles the events during this period. You can go through the house and examine images and things that belonged to the family, as well as excerpts from the diary, all while reading about the family history. An expert tour guide from Vox City will take you around Amsterdam and tell you all about the city's worst days in the Second World War, as seen through the eyes of a young girl named Anne Frank. Check all the exciting walking and self-guided tours here.

The Red Light District, commonly known as De Wallen, is one of Amsterdam's most well-known attractions. Here, you'll find everything from sex shops to brothels to peep shows, as well as museums that are all about the same subject matter. Even if it's not for you, it's worth a look to see what all the hype is about anyhow. Visiting early in the morning is a good bet because it's less crowded. If you want to experience it at its most vibrant, return at dusk to catch the show. If you're curious about the seedy past of the Red Light District, you can also go for a self-guided tour from Voxcity to take you on a tour of the area. You've undoubtedly noticed by now that Amsterdam has a sizable number of canals. To get a taste of what Amsterdam looks like, head out and explore these areas. It's not just the canals, but the small bridges that straddle them, and the unique structure of the buildings all along the canals, which make Amsterdam such a joy to visit.

You can also choose how you wish to experience Amsterdam's canals. The best way to experience the city's canals is by taking a boat tour or zipping about on a pedal boat. Renting a bicycle is an additional alternative that allows you to make as many pit stops at scenic locations as you choose. While there are several ways to acquire your daily quota of steps, walking is one of the most straightforward and effective. Take advantage of your Vox City audio commentary to learn about the city's most popular tourist attractions as you walk, or take a break whenever you'd like. 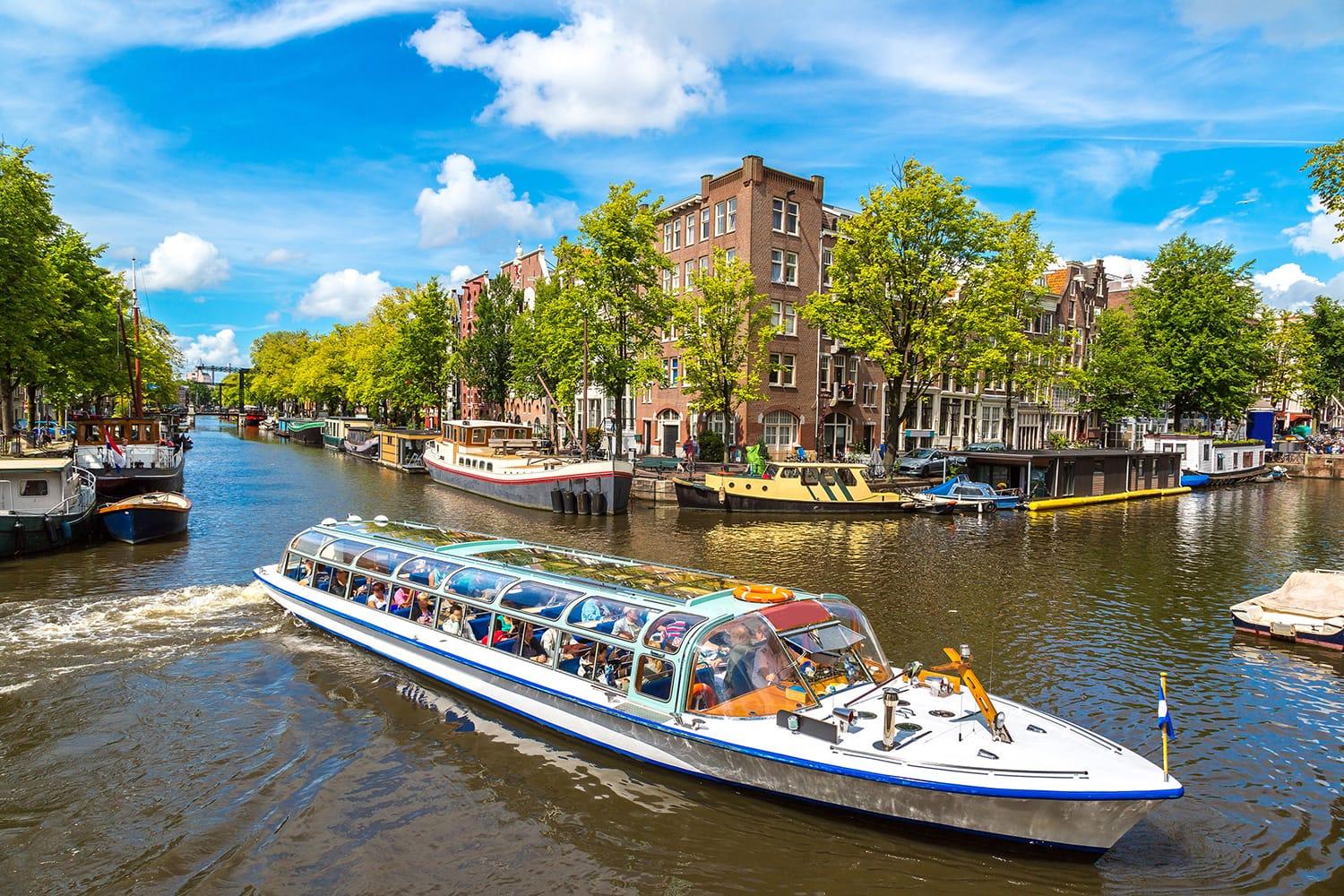 Amsterdam is a big European city, so you would expect it to have a good number of museums. As a national museum dedicated to art and history, the Rijksmuseum occupies an important place in Amsterdam. The Rijksmuseum, housed in a 19th-century edifice, features 80 galleries with art and artifacts that reflect the story of the Netherlands through the ages.

You can easily spend many hours in the Rijksmuseum, which is most recognized for its collection of Dutch Golden Age paintings and masterpieces including Vermeer's Milkmaid and Rembrandt's Night Watch, among many more treasures. From the minute you arrive at your location, you can take a self-guided audio tour to learn more about this museum. In addition, take advantage of our innovative navigation system, which makes self-guided exploration a breeze, with a wide variety of walking paths to choose from. As you approach the city's most famous attractions, you'll be enveloped in its rich culture and history.

There are numerous museums in the city, but among the most notable is the Van Gogh Museum, which is dedicated only to the Dutch artist. Artworks by Vincent van Gogh and his contemporaries can be viewed in this museum, which is located in the city. There are about 200 paintings and over 500 drawings in the museum's Van Gogh collection, making it the largest in the world.
Alternatively, with a package ticket from Vox City, you may take a day or evening walking tour of Amsterdam to get a taste of the city's ambiance. Our Amsterdam-guided city tours will provide you with a unique perspective on both the current and historic aspects of the city. 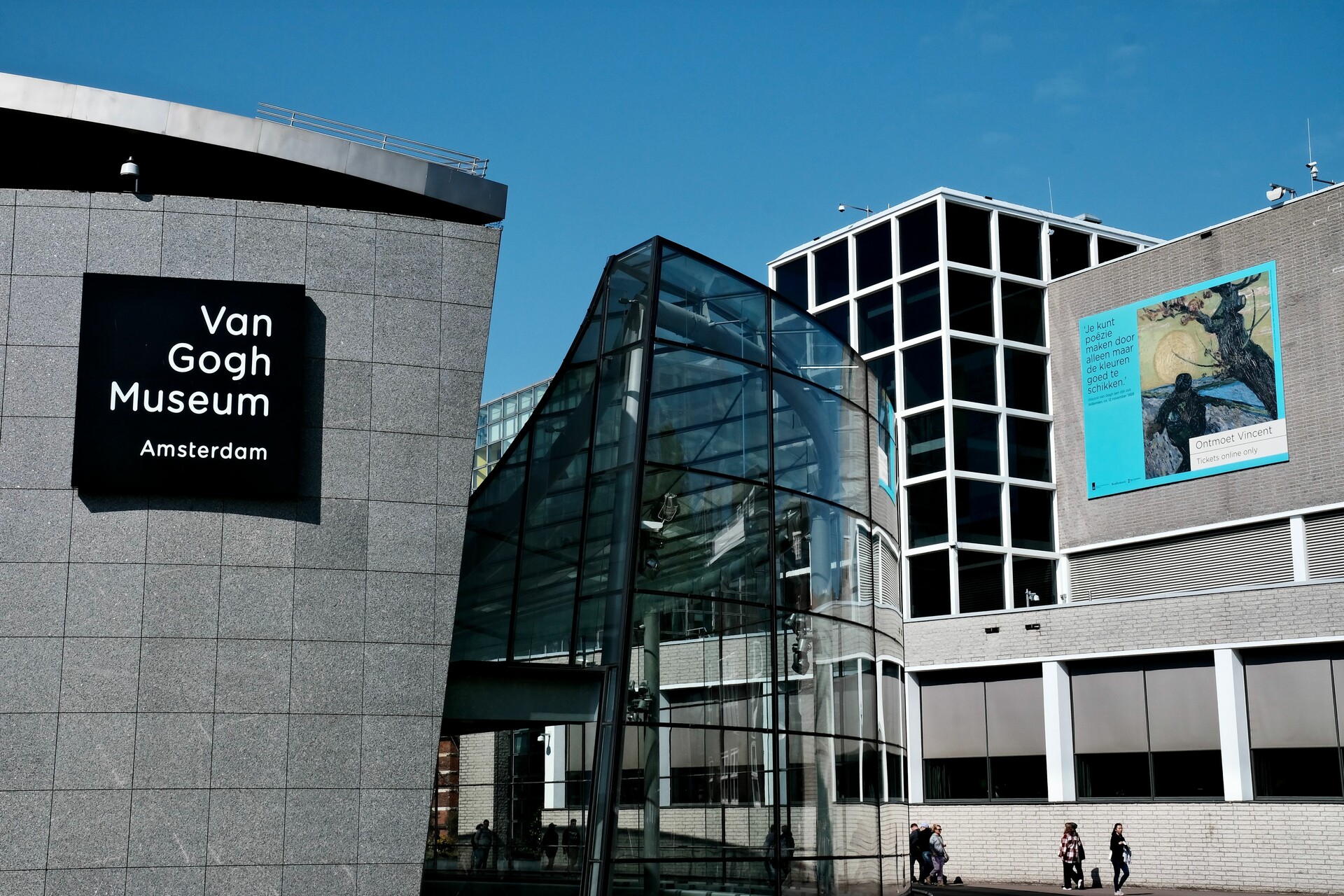 Our Amsterdam Vox City walking tours take you to more than just the city's most recognized attractions; they also take you to the city's hottest boutiques, hippest cafes, and most happening hangouts. The city's innovative, vibrant, and liberal culture is what you'll experience most on our guided tours, which are both entertaining and educational.

In addition, we offer a variety of alternate paths that weave together to reveal the city's fabric. Discover more about Amsterdam and its rich history by downloading the free Vox City app (included with your ticket).