Is Rome the best place to visit in winter?

Is Rome the best place to visit in winter?

Is it your first time visiting Rome in the winter, and you're wondering what to expect? You're in the right spot. Everything you need to know to plan a successful winter trip to Rome is laid out here. Rome is one of our most beloved cities, and while we appreciate it throughout the year, there's something particularly magical about the city in the winter. The Christmas season, bright, clear winter sunshine, and the city's notably smaller population make for an unforgettable urban adventure in the dead of winter. Whether you're in town for the winter holidays in December or you're hoping to take advantage of the city's relative quiet in January or February, you'll find that winter in the Eternal City is a truly lovely time to visit.

It's possible that Rome isn't the very first European city that comes to mind when you think of enchanted Christmas vacation spots. Still, a trip to the Italian city in the winter can be rich with rewards. Rome in the winter may be the best time to visit Italy because of the city's wealth of cultural attractions, relatively low tourist volume, lively cafe and bar scene, and moderate weather that makes sightseeing a breeze. If you're thinking about visiting the Eternal City in the dead of winter, this article is full of ideas for things to see and do.

In Rome, moderate temperatures typically stick around all into winter. Although it is common to have rainy days in early winter (late November and December, up until Christmas), temperatures rarely go below zero. Average lows in January range from 3 to 11 degrees, making it the coldest month of the year. Temperatures rise in February, and true spring-like conditions are possible. If you plan on doing most of your sightseeing on foot, you'll be happy to know that you can anticipate a lot of sunny days and generally pleasant weather. 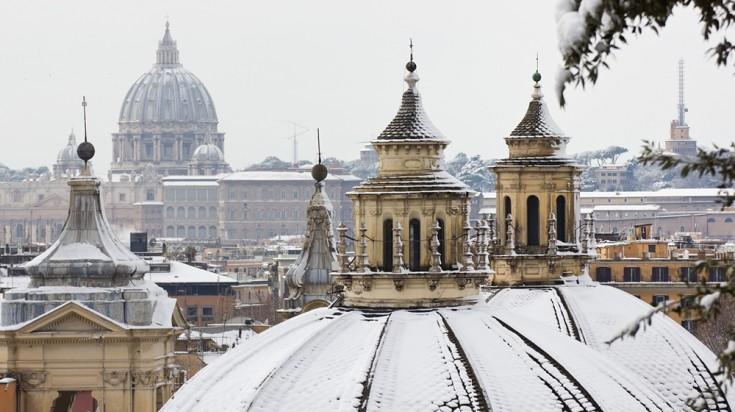 Because of the wide range of temperatures you may experience in Rome throughout the winter, it's smart to bring items that can be layered (such as shirts, sweaters, and coats). In addition, it is recommended that you always have an umbrella on hand, as it does occasionally rain during this season.

Monumental historical sites abound in Rome, and you can see them all on your own or as part of a guided tour with Vox City. 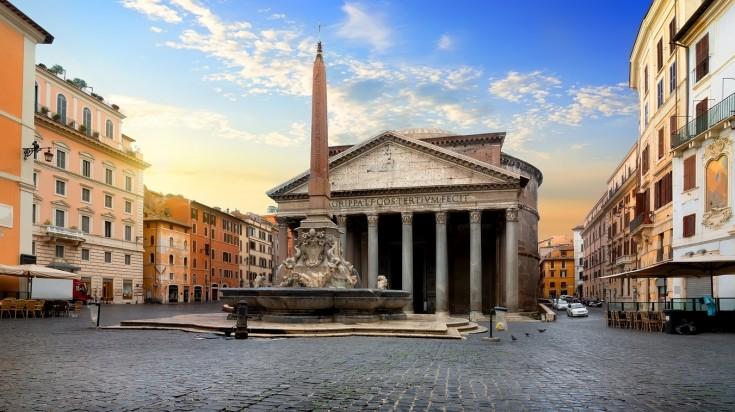 The majority of them are clustered in the heart of the city, making it simple to travel between them even if the weather takes a turn for the worse. There are many places of interest, but a few of them include:

You can start your Vox City self-guided audio tour the moment you land in Rome. Take use of our state-of-the-art navigation tools right now to save time and effort when doing your own guiding, and choose from many different paths we've outlined for you. You'll get a rush of Rome's history and culture as you near its most iconic landmarks like the Colosseum, St. Peter's Basilica, the Trevi Fountain, the Pantheon, and Piazza Navona. You may spend a full day touring the Vatican Museums if you're a history enthusiast. You can't help but be impressed by all the beautiful Renaissance and Baroque architecture. You can get information about the Vatican Museums from a Vox City audio guide and explore them at your own pace. With Vox City, you can take a guided tour of the Vatican Basilica and learn all about its fascinating history.

While Rome is at its most crowded in the summer, it is possible to get a more authentic feel for the city by visiting in the winter. The following are some of the most well-liked wintertime activities in Rome:

Rome is one of the world's most culturally significant cities, and a three-day pass for three Vox City walking tours is a fantastic way to learn about its many attractions. Using the no-cost Vox City app, you can do things at your own pace and with your own preferences. If you stick with us, you just might get a taste of what it was like to go through the heart of old Rome in the times of the Roman Empire, at places like Rione IX Pigna, Colonna, and Trevi. You'll see the Colosseum, the Trevi Fountain, and  the Pantheon  on this guided tour of Ancient Rome. 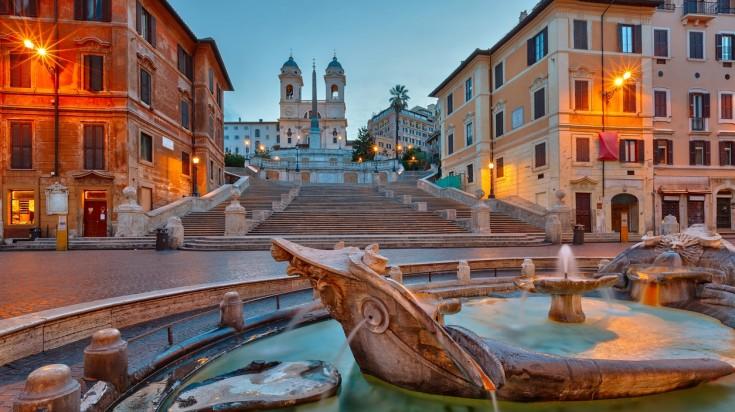 As you can see, the wintertime in Rome can be just as beautiful and alluring as any other European capital. Additionally, if you don't like 30°C+ weather and throngs of people at every step, you might find Rome even more attractive outside of high season.

Inspiring, right? With the assistance of our in-country tour guides from Vox City, you can include a visit to Rome as part of a tailor-made trip to Italy.

For a seasonal overview, read our travel article on the best places you ought to visit during your first time trip to Rome and for more detailed information on selecting your itinerary read our blog things to do in Rome other than colosseum.