7 Things to do in Rome (That Aren’t the Colosseum)

7 Things to do in Rome (That Aren’t the Colosseum)

Rome is not only one of the most stunning metropolises you'll ever visit, but also a major cultural hub. It’s storied past, mouthwatering cuisine, and picturesque streets will leave you gasping at every step. You'll never run out of options when it comes to entertainment in Rome. This is without a doubt one among the top ten greatest cities in the world, whether you're taking in the city's rich history and famous works of art or simply relaxing with a glass of Chianti in a lively piazza. From the minute you arrive in Rome, you can begin your self-guided audio tour with Vox City. Use our cutting-edge navigation features right away to simplify self-guiding, and select from a wide variety of suggested walking routes. As you go closer to the city's most famous attractions—the Colosseum, St. Peter's Basilica, the Trevi Fountain, the Pantheon, and Piazza Navona—you'll feel a surge of the city's rich history and culture.

Although it is practically hard to choose the very things to do in Rome, we have limited it down to the very things that spring to the thoughts of everyone planning an amazing vacation in Rome.

Italian cuisine is the first thing that comes to mind whenever People think of that region. There are, indeed, innumerable attractions to discover. However, even while visiting the Colosseum, your mind is already on the next meal! The native cuisine is so exceptional that the phrase "world-class" seems inadequate. As a result of Italy, food all around the world now follows a common template. 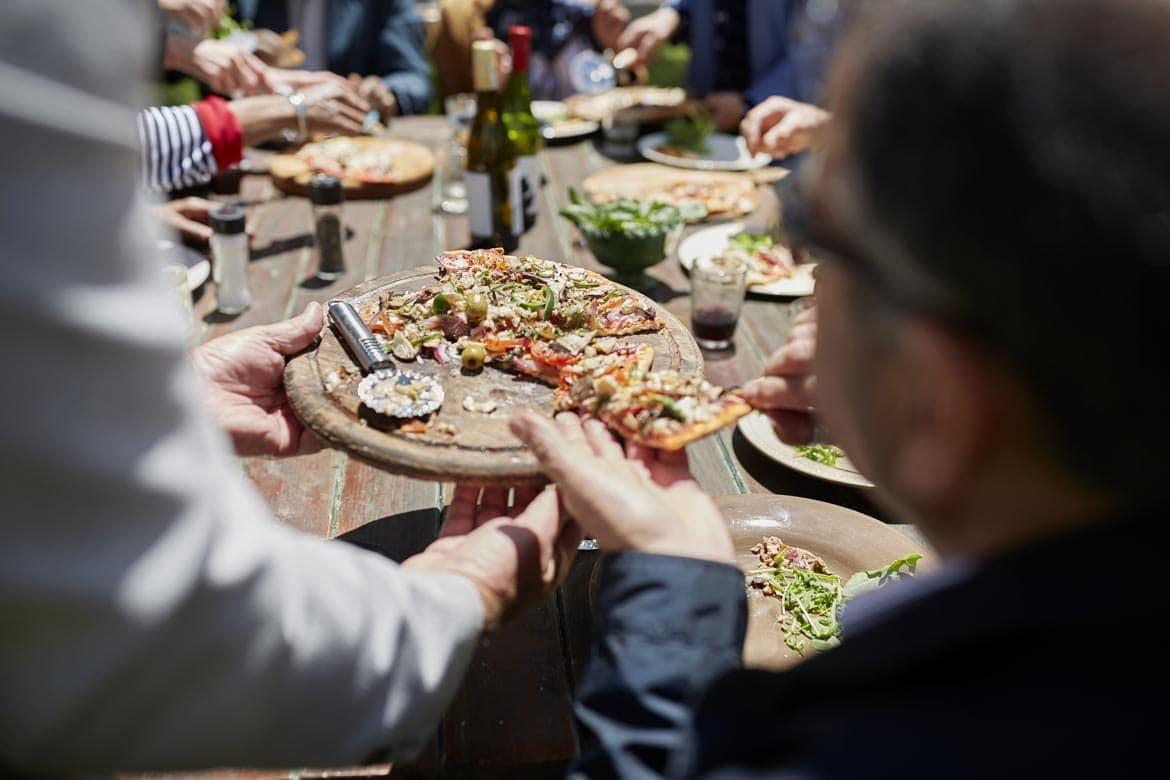 If you only have a day to spend in Rome, don't miss out on a chance to eat some of Italy's finest cuisine by going on a food tour.

One of Rome's most recognizable landmarks is the Spanish Steps. These stairs, located in Piazza di Spagna below the Spanish Embassy, date back to 1723. The historic steps were given a fresh makeover not too long ago by luxury goods brand Bulgari. They've been working hard ever since to keep these stylish designer stairs in pristine condition. 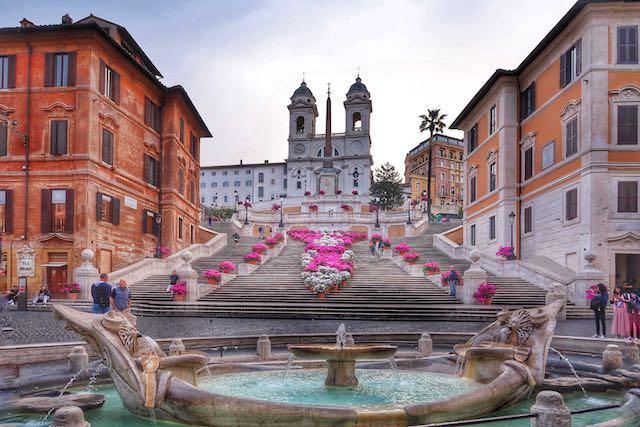 Tourists will no longer be able to sit, dine, or drink on the stairs, much to their annoyance and exhaustion.

Toss a Coin into the Trevi Fountain

This fountain, the first of its kind during the Renaissance, was constructed in 19 BC. From that time forward, the Trevi Fountain has come to represent Rome itself. You can't visit this landmark without having your own "Lizzie McGuire" moment by taking a selfie in front of the fountain. It's a must-do while in Rome, and the stories about how it may alter your life are true. You can return to Rome with just one toss of a coin into the fountain. Simply toss in two pennies and you'll find yourself in smitten with a stunning Italian. You can marry someone if you add three. 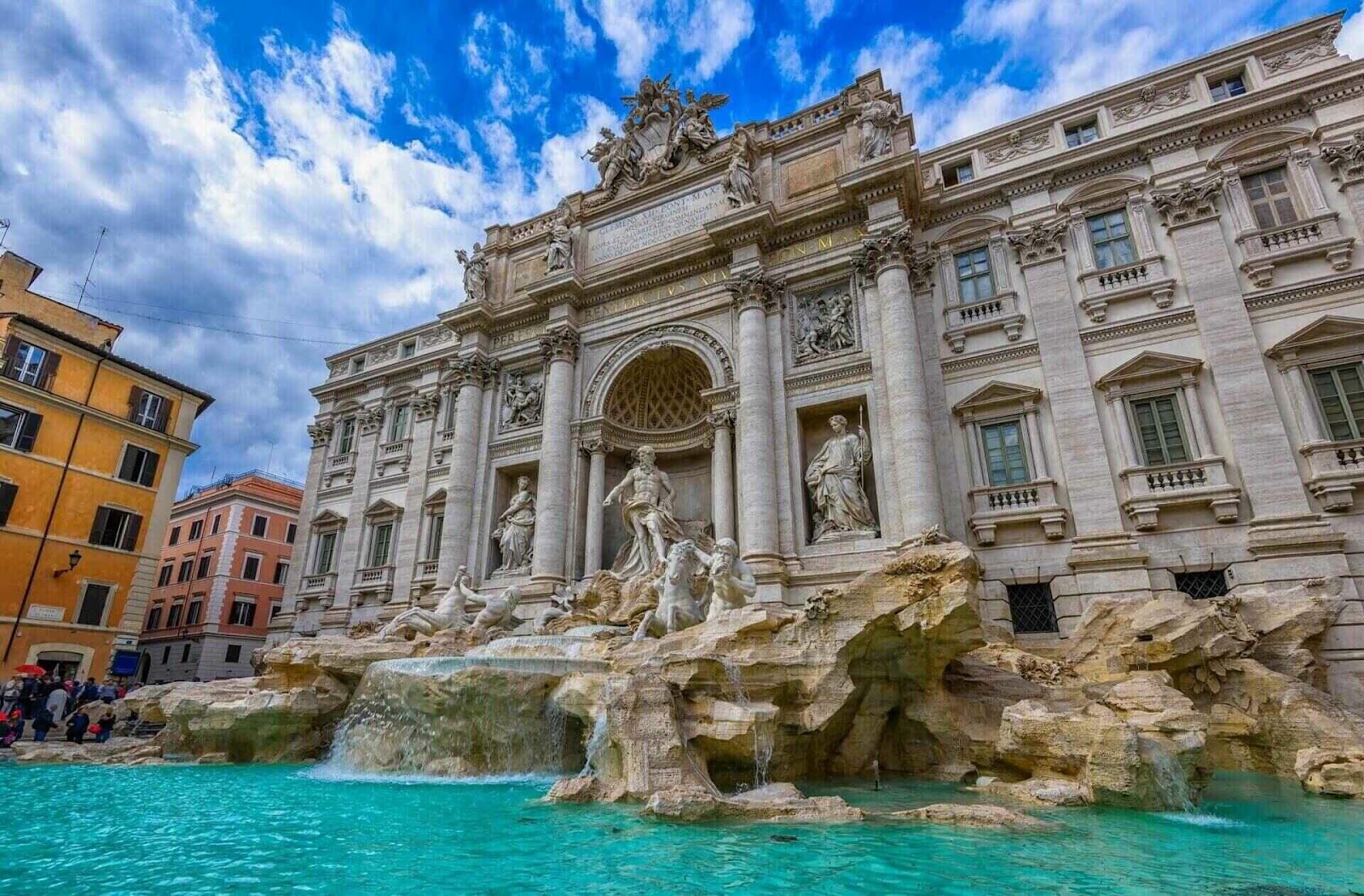 The Museum and Crypt of the Capuchin Friars, located under Santa Maria della Concezione dei Cappuccini, is one of Rome's most fascinating and unusual attractions. This extraordinary place is a catacomb that contains the remains of around four thousand friars; it is also known as the Bone Church of Rome. Instead of burying their dead brethren, the monks used their bones to decorate the crypt walls as a constant reminder that death was inevitable for everyone. 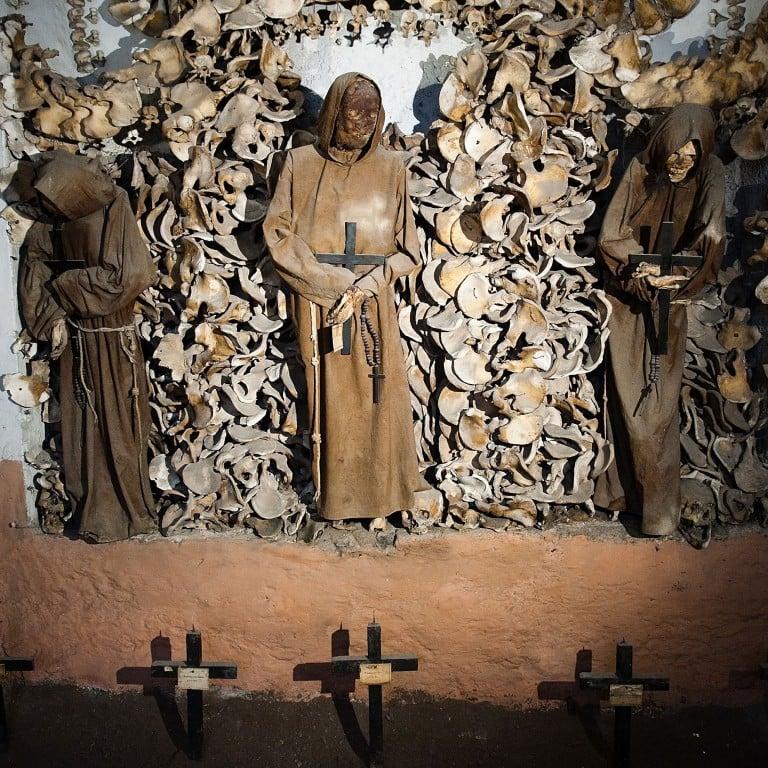 Some would find this tactic strange or gloomy, but its proponents say it served to keep them mindful of the fact that any given day could be their last. What you are now, we once were; what we are now, you shall be, reads the inscription on a plaque in the crypt.

There are a few things that a person who has never been to Vatican City could wonder: I need to know the location of Vatican City. How big is the Vatican, exactly? What exactly is the status of Vatican City? To add to the confusion, Vatican City is the world's smallest completely autonomous nation-state, therefore the word "City" in the name is understandably misleading. Officially the smallest country in the world, at 100 acres (about 1/8th the size of New York's Central Park), it is encircled by a 2-mile border of Rome. 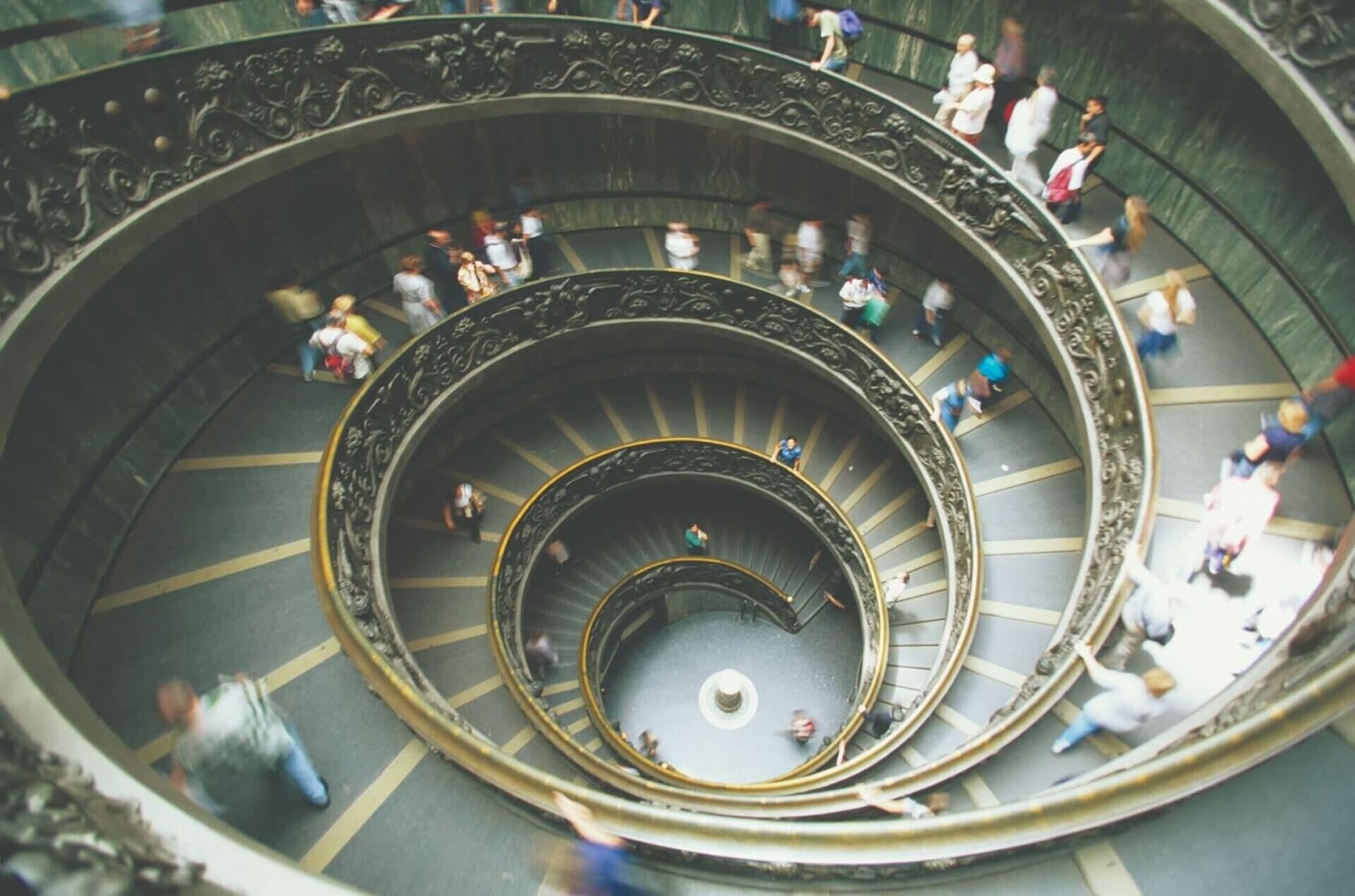 You know roughly where Vatican City is located, right?

The question is, "What do you do in that place?"

To begin: In order to visit the magnificent St. Peter's Basilica without waiting in line with other tourists, it's best to have an early start. If you're feeling adventurous, climb to the "cupola" for a great workout and sweeping views of the city on the other side of the river. Spend some time on St. Peter's square outside afterward if you have time, or head inside the Vatican Museums for a glimpse into history at its finest. If you're a history buff, you can easily spend the better part of a day seeing the Vatican. It's impossible not to be awed by the magnificent Renaissance and Baroque buildings. Learn about the Vatican Museums on your own time with the help of a Vox City audio guide. Learn everything about the fascinating past of this iconic church in the heart of Vatican City on this guided tour. Over 70,000 works of art are shown throughout 42,000 square feet at the museums, including some of the world's most renowned examples of Roman sculpture and Renaissance art. It houses the Sistine Chapel, which was decorated by the great artist Michelangelo, and draws in millions of tourists every year, making it the third most popular museum in the world.

A common sight in Rome is individuals whizzing on with Vespas. It's a convenient mode of transportation for both residents and visitors. The variety of Vespa tours will show you the city in style, whether you want a daylong excursion with a local or a quick evening out. Flying around Rome on a Vespa with the wind in your hair will be an experience you'll never forget, whether you choose to drive yourself or ride shotgun with a local expert. 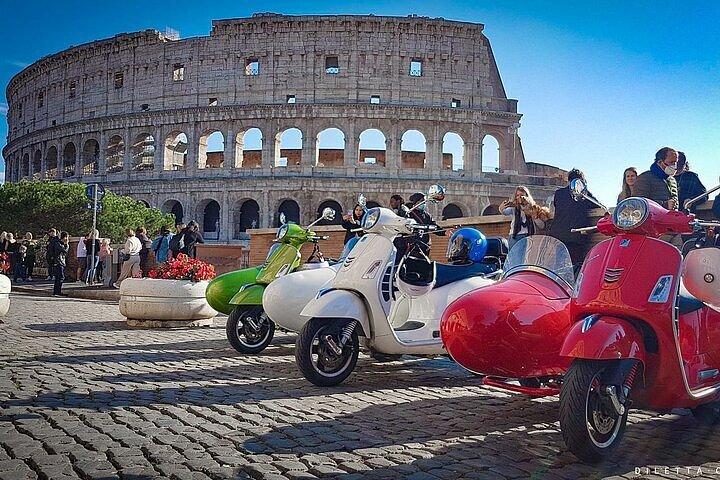 If you've never ridden a scooter before, you should probably go with an experienced driver. It's not for the faint of heart to navigate the traffic and pedestrian speeds in Rome.

Starting in 1869, this market has become the heart of the city every morning. The market has everything you need for a picnic, from artisanal cheese and meat to fresh fruits and vegetables brought in from the Roman countryside. Be sure to stop by Forno, one of Rome's oldest bakeries, to pick up some delicious treats while you're in town. Their white pizza with sea salt is legendary. 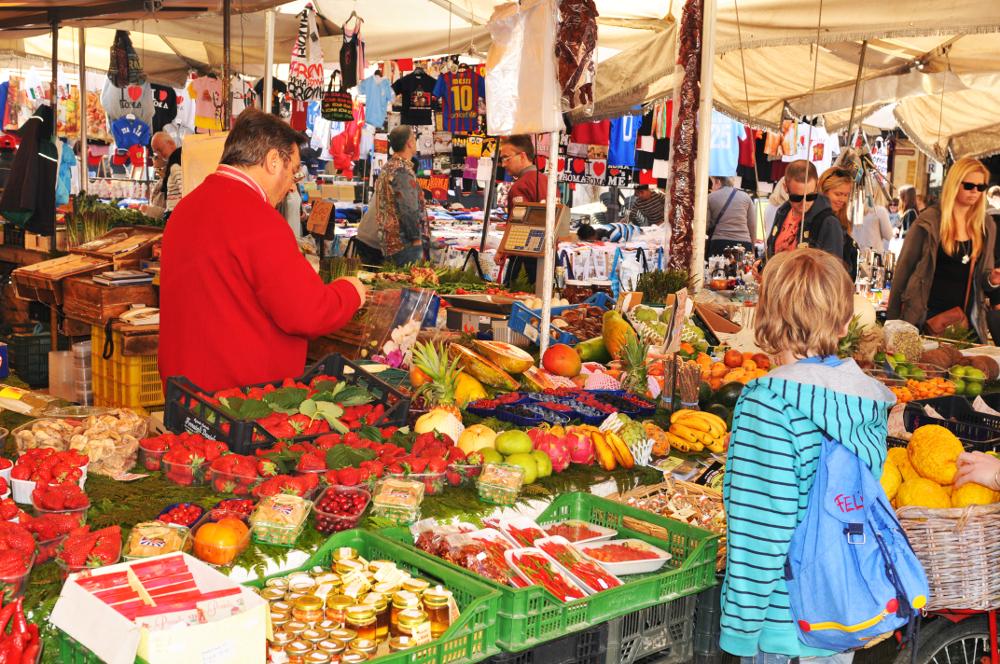 Search for the Best Gelato

Last but not least, one of my life goals is to taste all of the best gelato in Italy. Someone has to do it, even though it's not easy. Check both the most obvious places and the most obscure ones. You can't go wrong at any of the many cafes in town, from the more well-known establishments like Fassi Gelateria and Günther Gelato Italiano to the more discreet ones. 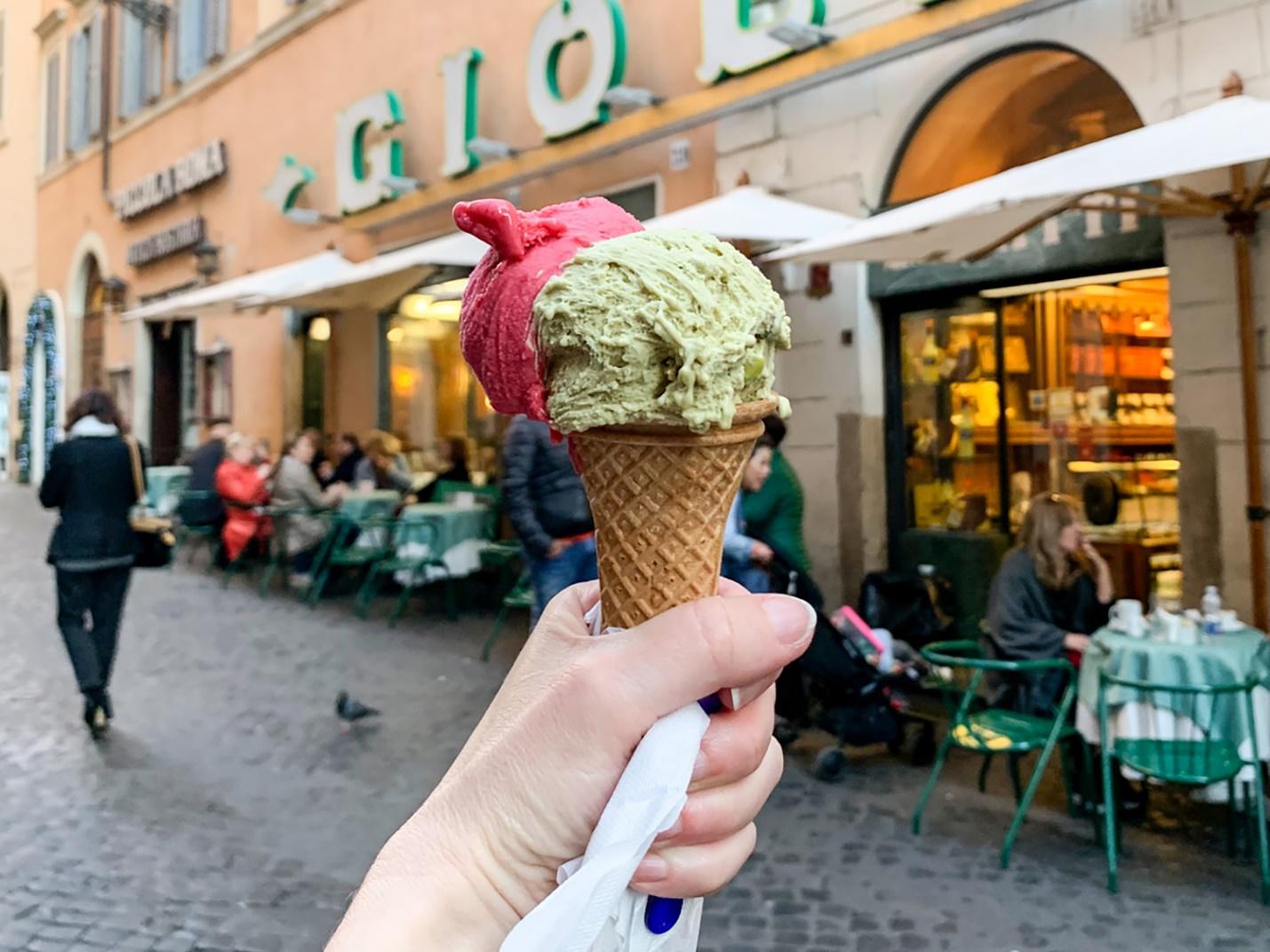 A 3-day pass for 3 Vox City walking tours is another great way to explore Rome, one of the world's most culturally significant cities. By using the free Vox City app, you may go at your own pace and enjoy a customizable experience. By following us, you may experience what it was like to explore the heart of ancient Rome during the height of the Roman Empire in the areas of Rione IX Pigna, Colonna, and Trevi. On this guided tour of Ancient Rome, you'll explore the city's most famous sights, including the Colosseum, the Trevi Fountain, the Pantheon, and the Roman Forum.

So, what are you waiting for?