Free Things to Do in Italy to Awesomize Your Vacation

Free Things to Do in Italy to Awesomize Your Vacation

Visiting numerous museums and eating at a different Italian restaurant each night during your trip to Italy will quickly become prohibitively expensive. The Italian peninsula is one of the most expensive places to visit if you don't keep track of your money. Fortunately, there are a variety of methods to avoid going overboard. Travelling throughout Italy on a budget will take a little more planning and some mindful decisions, but it can definitely be done.

There are plenty of ways to enjoy this region without spending a cent, and our list of free things to do in Italy is evidence to that. Even more unexpected is the fact that several of Italy's most well-known landmarks do not charge for entry.

Walk the Via Appia

The Via Appia, sometimes known as the "mother of all roads," was one of the first and most important roadways that linked Ancient Rome to the rest of the country, namely southern Italy. There are still remnants of it today, and exploring them on foot is the best way to do so. On Sundays, when there is less traffic, it is safer to take a stroll along that route.

Throughout your exploration and enjoyment of Rome, you will be enthralled by the stories your expert guide tells you about the city's history and culture. Voxcity's guided tour is designed to be flexible, letting you jump on and off at your leisure to explore on your own or listen to the multilingual audio commentary that will point out your favorite spots and help you find the ideal areas to take pictures. 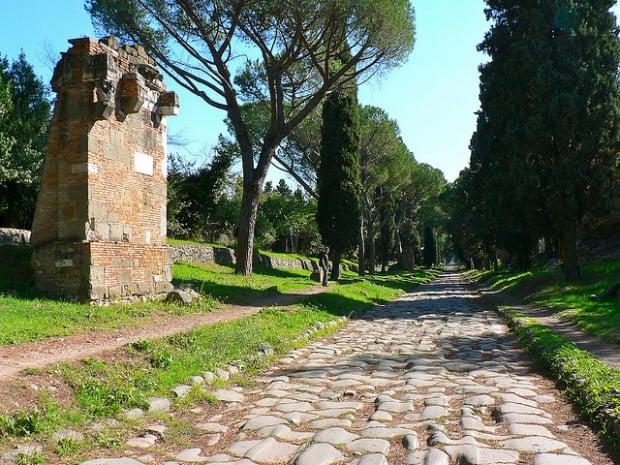 Throw a coin in the Trevi Fountain

One of Rome's most famous landmarks, the Trevi Fountain is a must-see for any visitor. A massive statue of the Roman sea god Neptune stands in the center of this structure that was finished in the 18th century. Throwing a coin in the fountain over one's shoulder is said to ensure one's return to Rome. 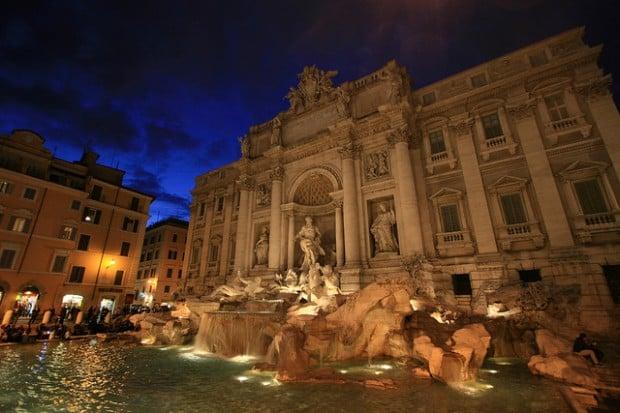 This historic building dates back 1,800 years and is one of the best maintained in all of Rome. The name, which means "all gods," is fitting because the temple was constructed in homage to the deities of ancient Rome. Many Italian royalty and notable artists are buried in this former mausoleum and Catholic Church. 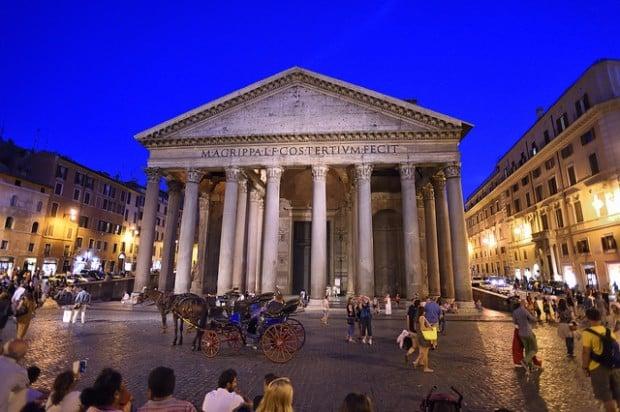 Have a cup of coffee at Piazza Navona

Piazza Navona is one of Rome's most famous public spaces. The square was originally built in the 15th century but has been renovated to include monuments, pubs, cafes, and restaurants throughout the course of the past 500 years. It's a great spot to relax your weary limbs after a day of sightseeing, watch the world go by, and soak up the mellow Italian sun. 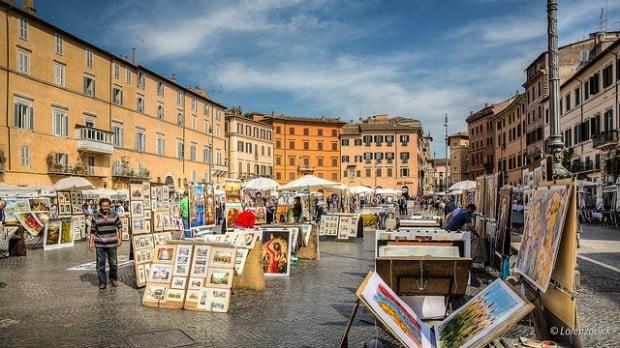 If you want to see as much as possible during your time in the city, you should sign up for our Sightseeing Tour at Voxcity. This convenient ticket allows you to get on and off at any of the major stops and includes audio commentary on all of the sights. Tours are available for either 24 or 48 hours, and you can simply upgrade to a package that includes expedited entry to popular sights like the Colosseum, Forum, and Palatine Hill.

St. Mark's Square (or Piazza San Marco) is the most visited place in all of Venice, and for good reason. It is surrounded by monuments, chic ancient buildings, palaces, and plenty of fancy cafes. Since the square is crowded with visitors throughout the day, it's advisable to go there first thing in the morning or late at night. 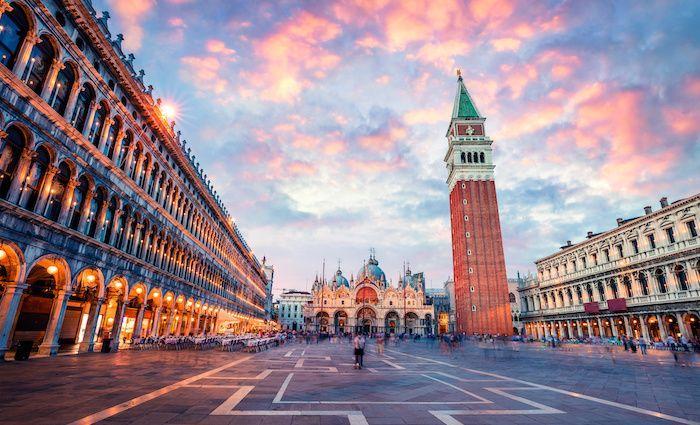 You may start your Vox City audio tour of Venice the moment you land. To save time and effort while navigating on your own, use our state-of-the-art navigation tools straight away to choose from a number of different routes we've pre-planned for you. You can feel the city's deep cultural roots as you approach iconic landmarks like St. Mark's Square and Basilica, the Doge's Palace, the Grand Canal, and the Rialto Bridge.

There are around one hundred and fifty canals winding through Venice, the largest being the Grand Canal. Beautifully restored historic homes, painted in pastel colors and adorned with flowers, line the canals. Over 400 bridges span the city's many canals, making it the perfect place to spend the day strolling and taking pictures. 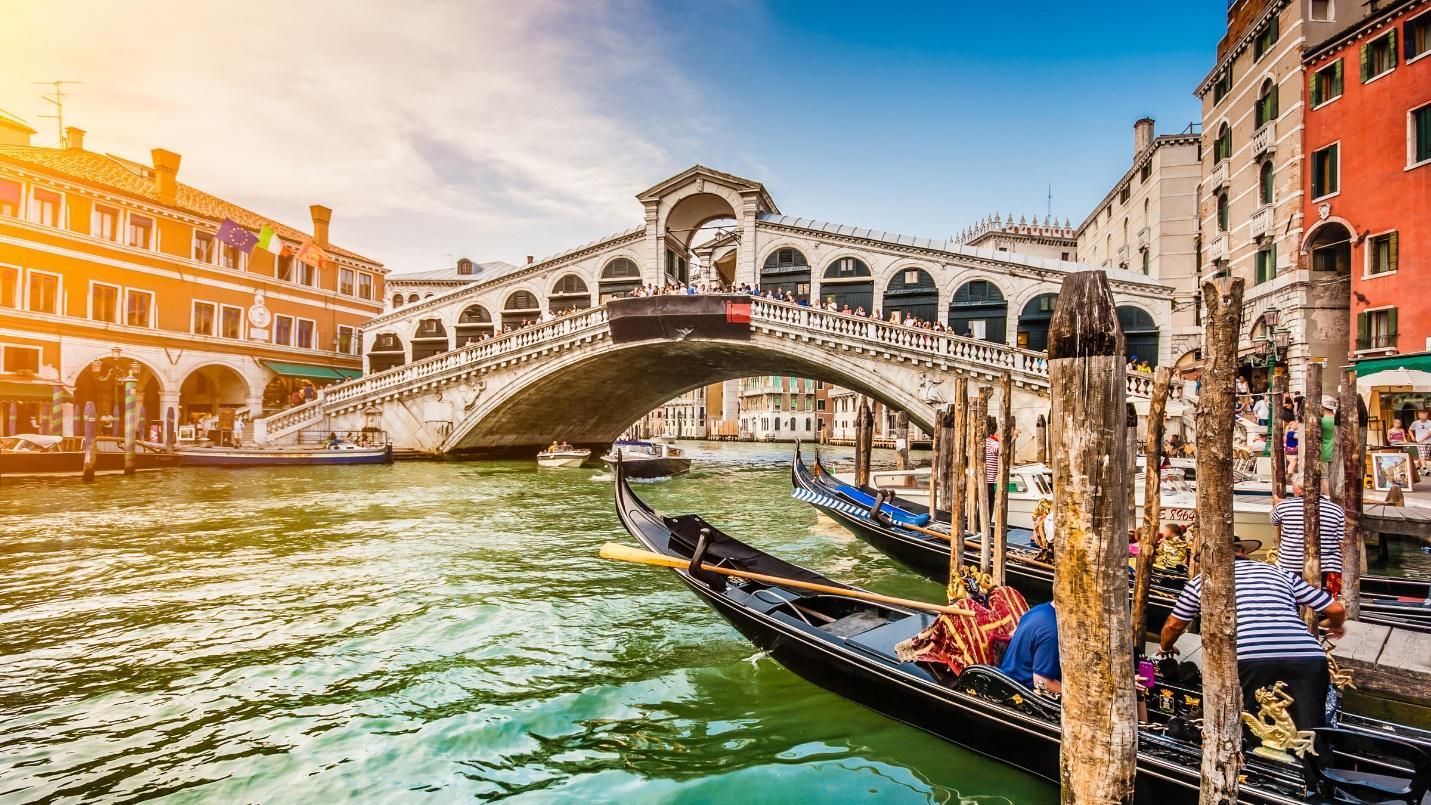 The Rialto Bridge, with its many shops, is now widely considered to be among the world's most fascinating bridges. Starting or ending your gondola ride at the Rialto Bridge, or going beneath it, is an essential part of any visit to Venice. Vox City will take you on a Gondola ride and a walking tour of Venice's highlights so that you may see the city's top attractions. Enjoy the beautiful scenery of Venice by taking a Gondola ride around the Grand Canal.

This stunning Baroque structure is a popular photo-op location in the Italian city of Venice. Those who survived the plague in the 17th century constructed this beautiful octagonal church. In the interior, you may see a number of paintings by Titian, a Venetian artist who worked in the 16th century.

Gain insight into St. Mark's Basilica at your own pace with the help of a Vox City audio guide. Join us for a guided tour and intellectual contest inside Venice's most famous Roman Catholic Church. The unique façade and Italo-Byzantine architecture of St. Mark's Basilica make it an absolute must-see for any tourist in Venice. Saint Mark's Basilica now offers a self-guided audio tour that can be accessed via Vox City app, allowing visitors to explore at their own leisure.

The Ponte Vecchio (literally "Old Bridge") was built in 1345 and is Florence's oldest bridge over the River Arno. It is the last surviving example of a medieval bridge in the area. The entire length of the bridge is lined with buildings and shops, making it an unusual sight. 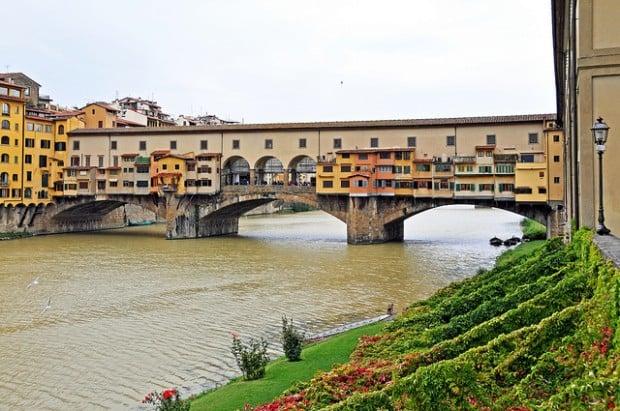 With a Vox City pass, you may skip the lines at popular tourist spots like the Ponte Vecchio and get a personalized walking tour of Florence's most famous landmarks. Learn more about the Medici family, the royal dynasty of Florence, on a multilingual audio tour offered by Vox City as you explore Palazzo Vecchio. If you set out on a journey to see everything Florence has to offer, it would take you weeks to finish. Utilizing this guide and the Vox City app, you may see and do what interests you most in Florence at your own pace.

The Florence Cathedral, often known as the Duomo, is one of the city's most recognizable symbols and can be seen from miles away. The massive Gothic cathedral is a magnificent and stunning architectural wonder. The only time you'll have to pay is if you want to go up in the dome or the bell tower. 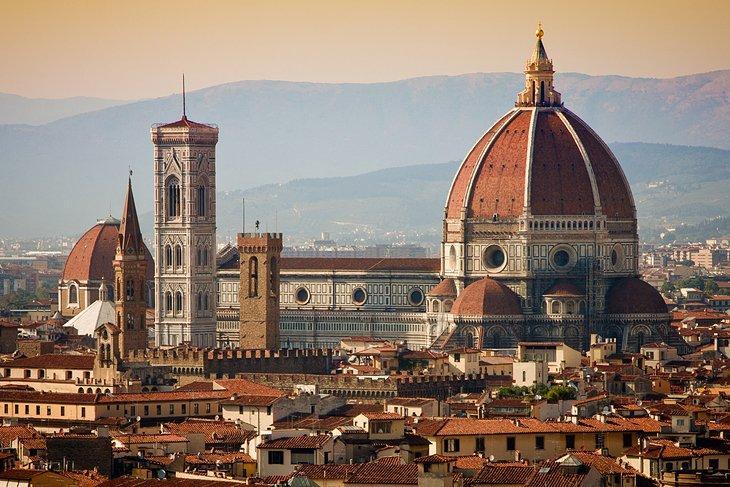 The Vox City app provides a guided walking tour and self-directed pathways to let you discover Florence, one of Europe's most culturally significant cities. By taking one of our custom-designed walking tours of Florence, you can travel through time to discover the city's origins, see its rise to power during the Renaissance, and explore the rich cultural legacy it has left behind.