Montmartre in Paris: A Visitors Guide

Montmartre in Paris: A Visitors Guide

Montmartre, a neighborhood perched on a high hill, was originally its own commune before being annexed by Paris in 1860. It has kept its historic architecture, including its meandering streets, steep staircases, lush squares, and quaint stores, as well as its small-town appeal and individual character. Pigalle's seedier attractions, such peep shows and adult movie theaters, may still be found on Boulevard de Clichy, which is located at the bottom of the hill and is lined with loud nightclubs and crowded cafes. All of these things come together to provide the particular flavor that is Montmartre.

If you are visiting Paris, you must make time to go to Montmartre. Even though it's a little out of the way, this popular neighborhood in Paris is well worth the trip. Sacre-Coeur Basilica is the main attraction of Montmartre. There is a lot more to see in and around Montmartre than just the Sacre-Coeur. The best method to get to the charming neighborhood of Montmartre is by taking the subway. You can take the stairs or the Montmartre-bus to the top; either is a quick and straightforward option.

Why you must visit Montmartre?

Montmartre. There is no other neighborhood in the city quite like the 18e arrondissement, with its tangle of cobbled streets, ivy-covered buildings, and wealth of ancient history. Every tourist to the City of Love should make a point of visiting Montmartre, Paris's one-of-a-kind crown jewel. Even a cursory exploration of this charming neighborhood will have you smitten with the allure of this once-quaint hilltop settlement. Sipping wine from one of the last remaining vineyards within the city limits, getting lost in numerous photogenic (read: Instagrammable) locations, having a picnic in one of Montmartre's many parks, and learning about the area's rich history are all excellent reasons to spend time in this neighborhood. Here in Montmartre, you won't find nearly as many examples of Hausmannian architecture as you would elsewhere in Paris. Instead, there is a distinct "village" vibe, which is quickly disappearing throughout the city.

Vox City's expert tour guides will lead you on a one-of-a-kind walking tour of these breathtaking locales like Montmartre, Latin Quarter & Le Marais. This will cause you to gasp in awe at the incredible amount of history hidden within those works of architecture.

The most prominent structure in Montmartre is the church that Parisians love to loathe. Situated atop Montmartre, it is easily recognizable thanks to its dazzling white stone walls, wedding-cake-like tiers, and bumpy domes. The basilica, which many believed was constructed as a "reparation" for France's defeat in the Franco-Prussian War of 1870-1871, was not finished until the end of World War 1. Today, tourists can enter the church at no cost and ascend the 300 steps to the dome for what many consider to be the best views in all of Paris. 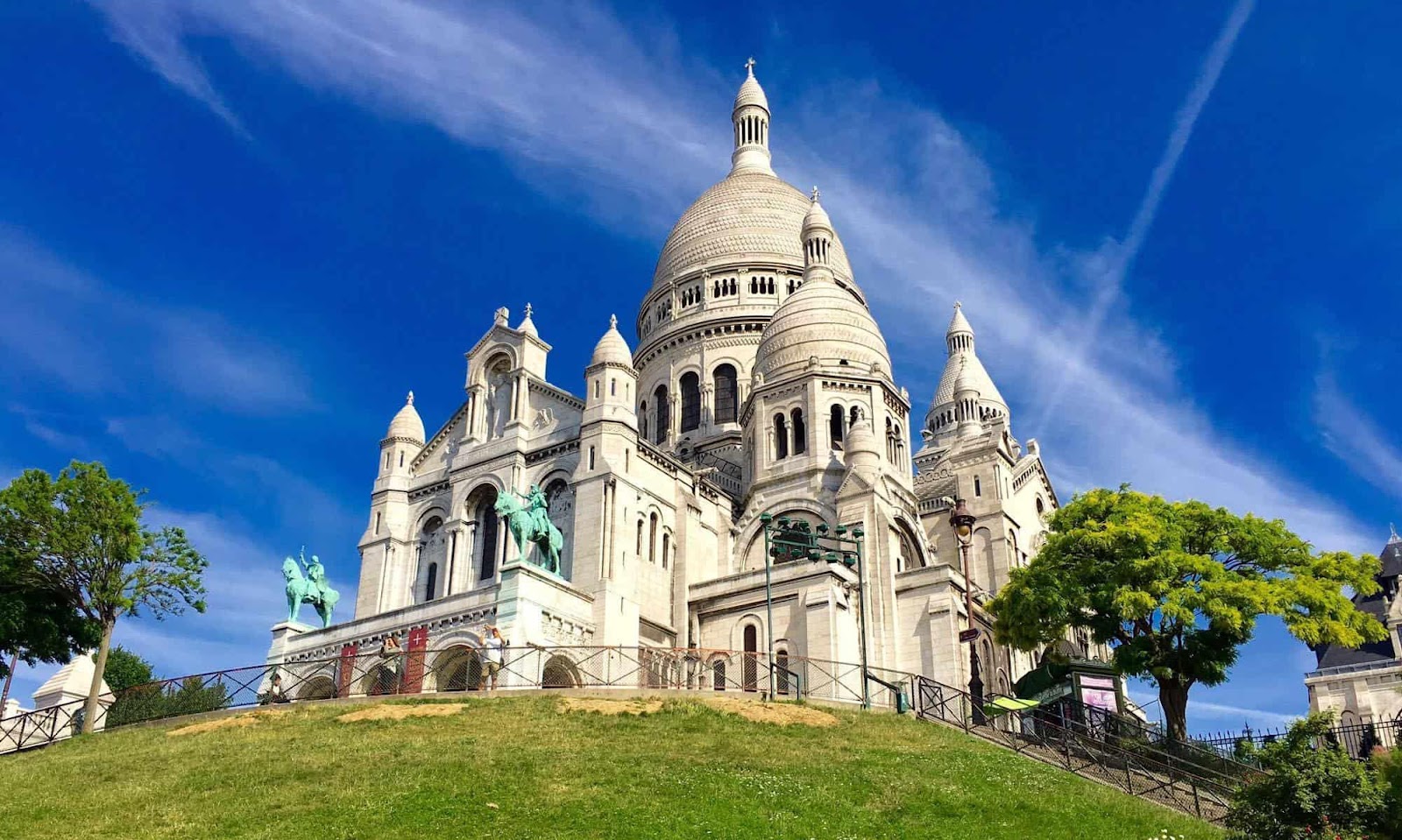 Tired of not wanting to climb the dome? One of the nicest free things to do in Paris is to simply find a space on the stairs in front of the church in the late afternoon. Picture yourself at sunset on the steps of Sacré Coeur.

In the course of a casual stroll through Montmartre, you will become aware of the many artistic influences present there. Montmartre has always been considered an artistic mecca due to the presence of such luminaries as Vincent van Gogh and Pablo Picasso. You may easily kill an entire morning perusing the town's stores, admiring its architecture, and relaxing at one of its many cafes. Artists regularly meet at Place du Tertre each morning to work on portraits and illustrations. It's a quaint plaza right in the middle of Montmartre. There are rumors that the oldest vineyard in Paris might be found in Montmartre as well. 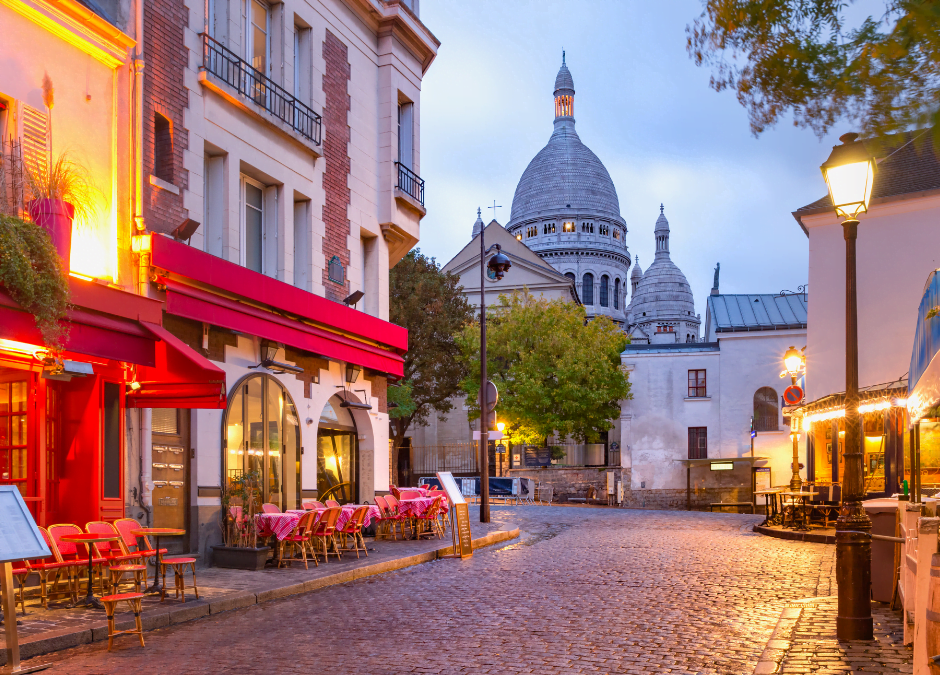 Tour stunning neighborhoods like Montmartre, the Latin Quarter, and Le Marais with the help of Vox City's knowledgeable guides.

When you take one of our guided tours of Paris, you'll see the best of both old and new Paris. We take you to the heart of the city by visiting its most fascinating districts on one of our guided excursions. The Latin Quarter, the city's fashion district, and the LGBTQ+ scene are just a few of the highlights of the Le Marais tour, which takes you on a leisurely stroll through the neighborhood widely considered to be Paris' coolest. 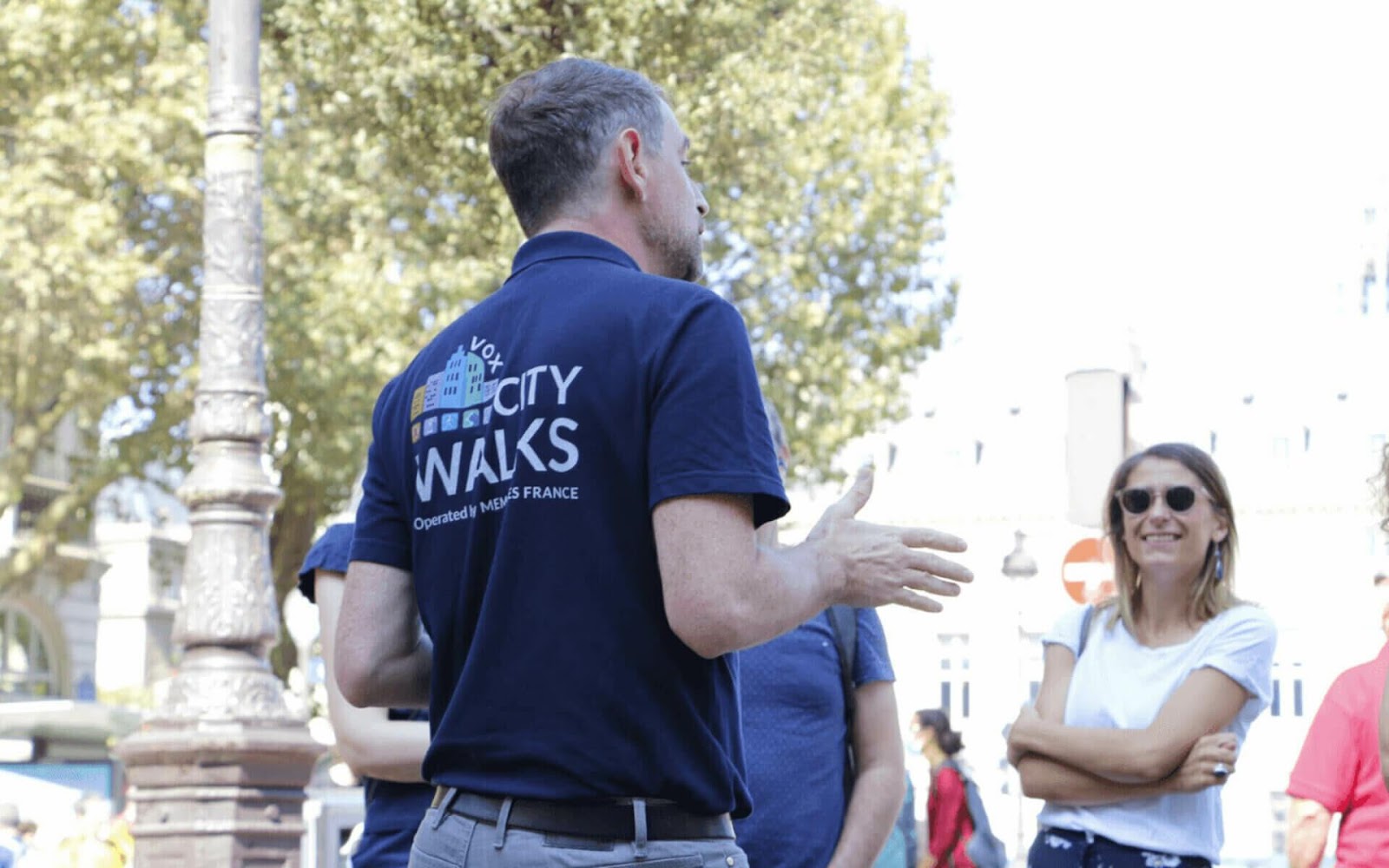 Then we go back in time to the Latin Quarter, where many of Paris's most well-known writers once lived and worked. We set out from Place Saint-Michel and make our way through the area to discover what it was about this corner of Paris that attracted such illustrious writers as Baudelaire, Hugo, and Camus. Our 'The Artist's Paris' trip concludes at the Montemarte neighborhood, which has long been a favorite of Paris's creative class. We will take you to the best galleries, cafes, and historic sites in this peaceful cobbled village just outside the Sacre-Coeur in the heart of Paris.

A house that looks to be slowly disappearing into the ground may be found on the hilltop, just near to the Sacre-Coeur. It's a trick of the eye, but it's entertaining to attempt & capture on camera nonetheless. Check out "La Maison Rose" (the pink house) next, which can be found on the most picturesque street in all of Paris, Rue de l'Abreuvoir. Many well-known authors, poets, and artists frequented this historic cafe, located in a beautiful pink home with green shutters. 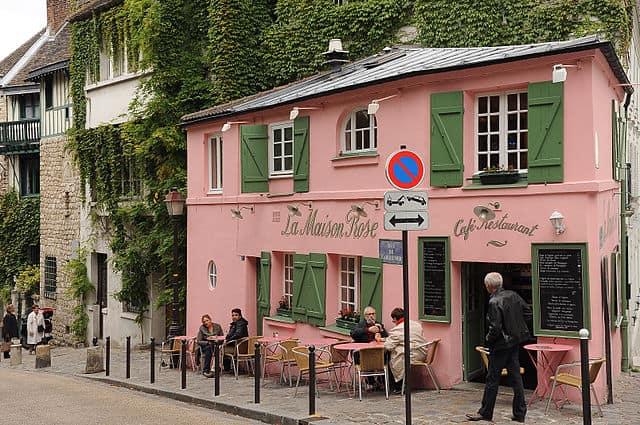 The Pigalle Basketball Court was an unexpected highlight of the time in Paris. Pigalle, a fashion house, teamed up with shoe company Nike to create this spectacular hardwood court. Please note that without the express permission of a local, photography is strictly prohibited within these grounds. Please remember this at all times. The Moulin Rouge, one of the most well-known cabaret shows in the world, is located not far from the fields. Please consider going to one of these shows if you have the time. 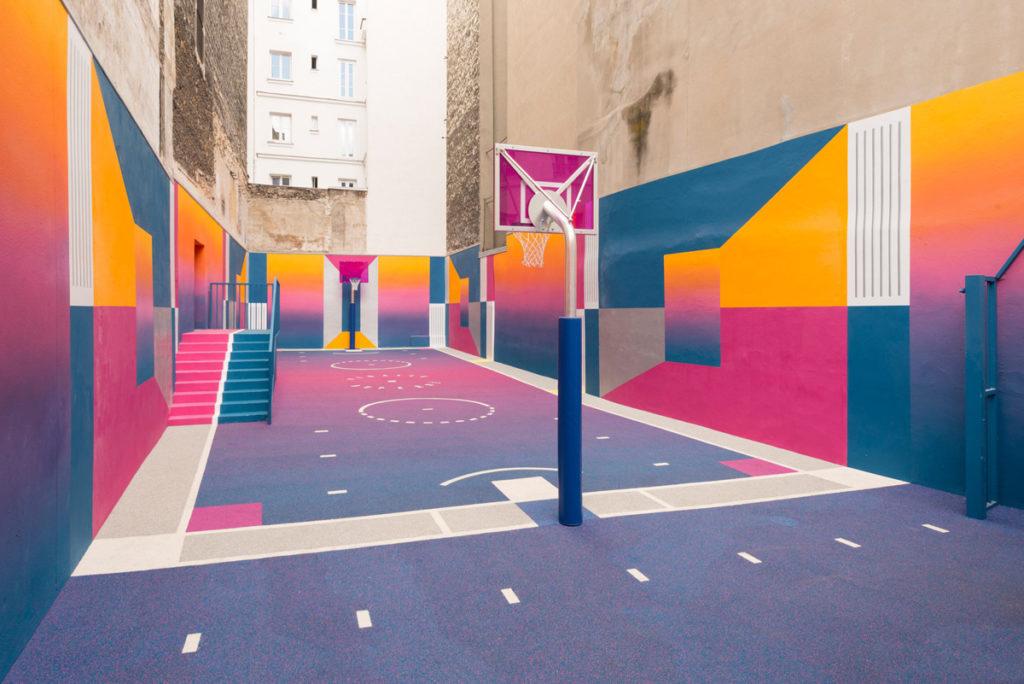 The neighborhood's lovely Place des Abbesses serves as a focal point. Abbesses is one of the few remaining cast iron and glass Art Nouveau Metro entrances by Hector Guimard and contains a long, winding staircase with numerous murals, some of which depict scenes from Montmartre. (The one in Abbesses was originally installed in the 1970s at the Hotel de Ville Metro stop in the heart of the city). The park features the I Love You Wall and a small playground, and it can be accessed from the Place des Abbesses, which is located near to the metro station. The shops and markets along Rue des Abbesses sell unique items and local specialties, as well as wonderful dishes to fuel your tour of the area. 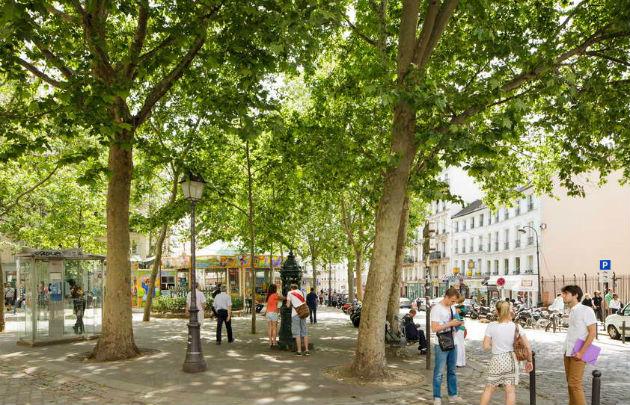 Following your tour of Paris's most famous sites—including the Rue des Rosiers, Église Saint-Gervais, and Shakespeare & Company—we recommend downloading the Vox City app (included with your ticket) to learn even more about the city's fashion, art, and literature scenes.