New York Itinerary: What to do and see in New York

New York Itinerary: What to do and see in New York

New York is indeed an awesome city to explore! Located in the heart of the USA, it's a hotbed of activity, pulsating with life, culture, and several gourmet destinations. There's a reason why it's referred to as the "city that never sleeps"—it is sprawling, chaotic, and fascinating no matter what time of the day you’ll start to explore. To be honest, it's difficult for anyone to pick just some of the city's greatest attractions because there are so many great options. Travelers on a tight budget will also appreciate the abundance of options, including several free or low-cost activities. Whatever your interests may be (historical sites, nightclubs, fine dining, etc.), this city has something for everyone. Seeing New York in a single visit is impossible. If you're looking for the greatest things to do here in New York City, regardless of your budget, these are the top attractions and activities to check out in this Big Apple. They'll offer you a taste of what the city is all about.

Actually, New York is a city that's always evolving and thrilling to discover, even if you've already been there once before. Traveling all over the pond is fun, but I think each trip to New York is unique even if you've done it many times. The same would go for the top things to do here in New York City as well. New clubs, art galleries, vistas, and hidden gems pop up all the time. As a result of this, we have compiled a list of some of the top things to see and do in New York City. You'll have a blast in the city!

The enormous neoclassical statue known as the Statue of Liberty was a gift from France to the USA. As of today, it stands 305 feet tall, having been consecrated in 1886. (95m). Although Gustave Eiffel built the metal framework, the sculpture was created by French sculptor Frédéric Auguste Bartholdi. While it's impressive from a distance and just as massive as you'd expect, the real star of this trip is undoubtedly Ellis Island. This is a great place to learn about the history of New York City's immigrant population and the individuals who built it. You can't help but be fascinated by the place's strong feeling of history. 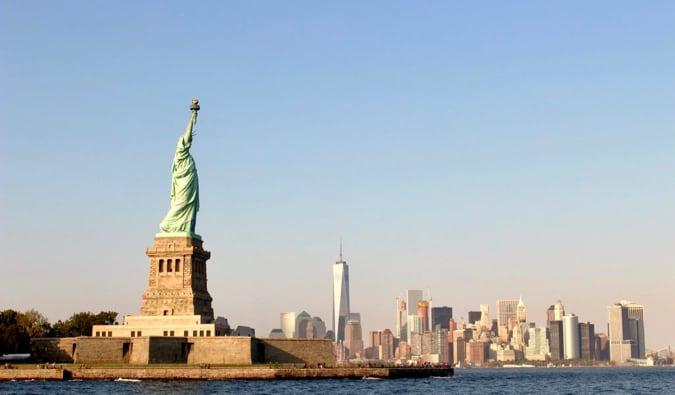 The best option to escape the city's bustle and enjoy some quiet time is to spend a day at Central Park. It's free and has a zoo, a plethora of walking and running pathways, bike lanes, and lakes for rowing. It's easy to spend hours roaming throughout the park, which spans 150 square blocks (840 acres). In the summer, free concerts and theatre performances are common. Vox City App offers free guided walks with audio commentary throughout the year. In Sheep Meadow on a bright day with a novel, some snacks, and just a bottle of red wine you'll have the time of your life! 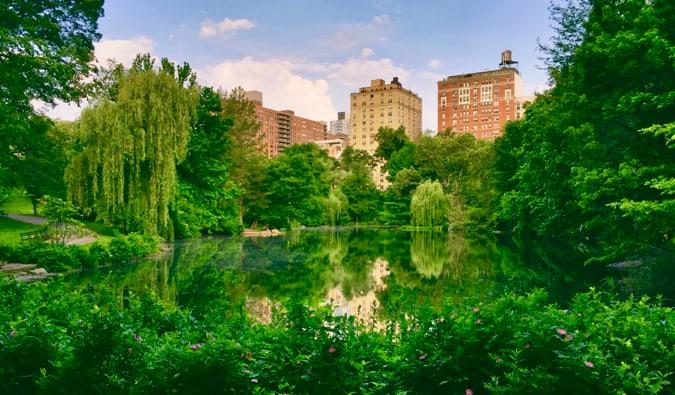 In a series of coordinated terrorist strikes around the country and in New York City on September 11, 2001, nearly 3,000 individuals lost their lives. This mournful memorial, where the names of those dead are listed (and which is free), should not be missed. On your way out, take a look at the new "Freedom Tower" (which was constructed to substitute the World Trade Center building). As you ascend the elevator, you'll witness images depicting the city's evolution through the ages. Take a trip to the museum if you want to learn more about 9/11 and the circumstances that led to it. It's a place where you may see moving displays that help you understand the magnitude of the catastrophe. 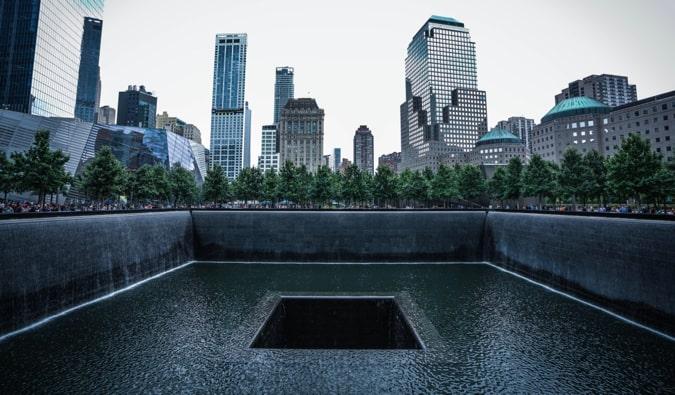 You can take an audio-guided tour with Vox City to know more about the history of this catastrophic event that ate up several lives in the blink of an eye.

Stopping to take pictures and wandering about will add around 40 minutes to the walk, which is certainly worth it! You'll see a lot of beautiful sights of Manhattan on your walk across the bridge. 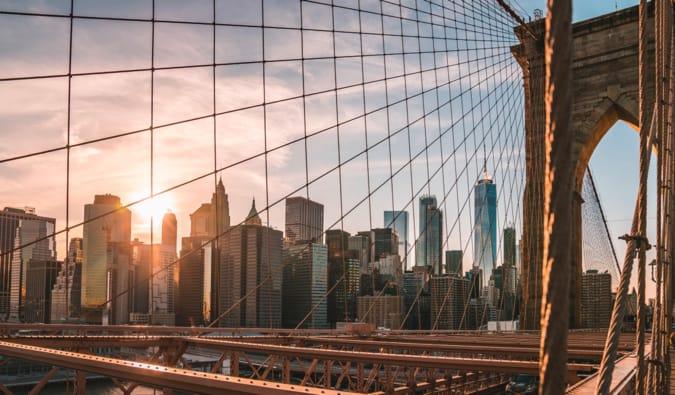 It doesn't matter what time of day or night you visit Times Square, it will always be crowded. There are plenty of places to sit and people-watch, as well as a slew of (expensive) dining options and retail establishments to peruse. Although there is little to do in the immediate vicinity if you aren't going shopping, eating, or watching a concert (and no New Yorkers hang out there), the TKTS kiosk's red steps are a great site to people-watch for just a few minutes. When the city is all lit up at night, it's a magical experience. That's when it's at its most beautiful!

Vox City's unique navigation features allow you to take an audio-guided tour and instantly begin exploring the city on your own, with dozens of recommended walking routes to choose from. 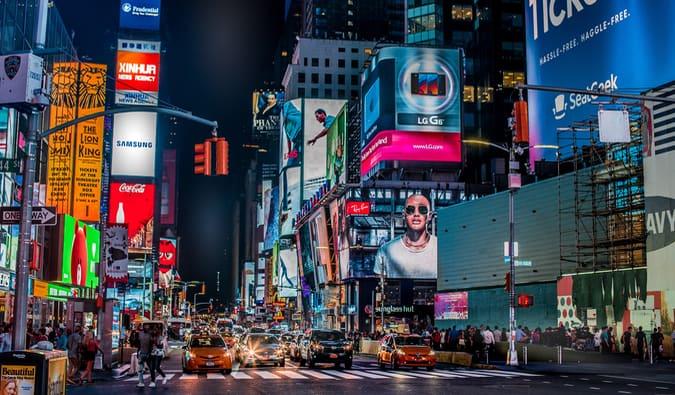 The 1,453-foot-tall structure is a relic of the past (443m). Completed in 1931, the building's stunning art deco interiors from the decade preceding World War I are indeed a true work of craftsmanship. It's one of the city's most recognizable structures, and the view from the top gives you a sense of just how densely packed New York is. Avoid the lineups and tour groups by arriving early or at noon. 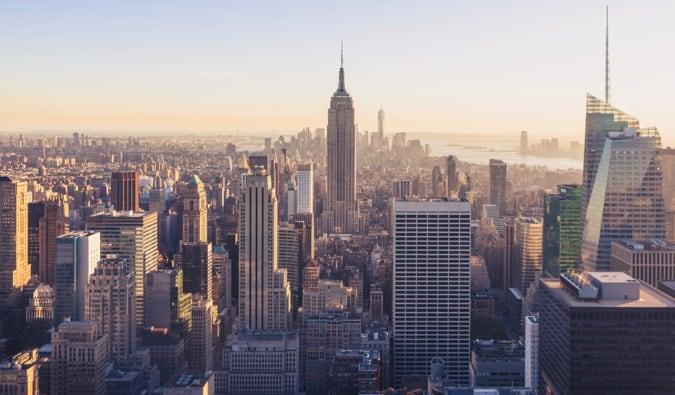 The Metropolitan Museum of Art

One of the world's largest museums, the Metropolitan Museum of Art, is a must-see for visitors to New York City. There are many different types of artwork, historical relics, pictures, and other exhibitions there. Tourists are drawn in droves by the museum's extensive displays of Impressionist and Greek art. This place gets crazy on weekends, but there are typically quiet spaces to get away from everyone else because of its size. Spend at least half a day here; an hour or two won't do this venue justice. 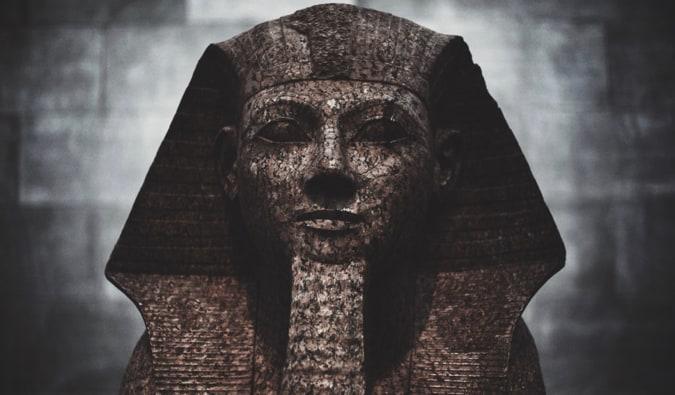 To learn more about the relics and other tourist attractions, tune into your audio commentary from the Vox City app, or take a break at any time to suit your own schedule. With Vox City you can plan your next walk, identify your favorite landmarks, and find the greatest photo op locations as you continue your journey across New York City.