Top things to do in Paris: The City of Love & Lights

Top things to do in Paris: The City of Love & Lights

Paris is arguably the world's and Europe's cultural epicenter. This city of Light has been luring visitors and bon vivants for hundreds of years since the street lights were turned on. If you haven't gone to this location yet, you have to confess that you had low expectations going in, fearing it would be another excessively romanticized tourist trap. However, you would be overjoyed if it turned out to be false. Given everything that Paris has to offer, including its world-class culture, world-famous landmarks, and buildings dating back to the early 1900s, the Axe Historique corridor of monuments and thoroughfares stretching out from the city Centre, there shouldn't be any room for doubt about Paris being a magical place.

Paris, France's capital, is one of Europe's most popular destinations, and we're confident that a trip to this enchanting city is on your travel bucket list. A trip to Paris — one of the world's most exciting and diverse destinations — might be difficult to plan because of its many intertwining spheres of influence. So, in order to spare you some effort and time, we've compiled a list of the must-see and must-do attractions in this sprawling metropolis. To sweeten the bargain even further, we'd want to show you that, despite Paris' reputation as one of the world's most costly cities, you don't have to break the bank to have a great time there.

The Eiffel Tower, Paris' most famous landmark, was built for the 1889 World Convention and stands an incredible 300 meters tall. Ascend to its observation deck for a panoramic view and visit the engineer Gustave Eiffel's hidden residence, which is on display. 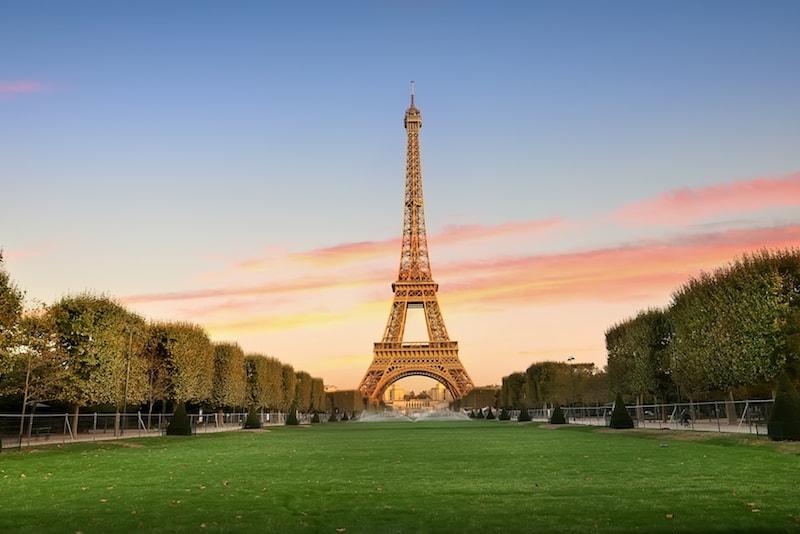 The Eiffel Tower 58, as its name suggests, is located on the first floor and rises two floors, or 58 meters, above the ground. At 115 meters, the view from the second level is the finest because you can see down to the ground below. Finally, on the 3rd floor of 275 meters, you can see what Gustave Eiffel's office looked like. The stairs and the steps can be used by those who want a more daring approach (1,665 to the summit). If you want to see Paris in all its glory, you must ascend the Eiffel Tower.

Take a self-guided tour of Paris the moment you step foot on French soil with Voxcity's self-guided audio tour! Make the most of the app's unique navigation features right away, which make self-guided exploration a breeze. As you approach famous monuments such as the Eiffel Tower, you'll be immersed in the city's culture and history like never before.

The entrance to the Louvre, the world's most popular museum, is marked by a gleaming glass pyramid. In addition to some of the most famous artworks in the world like Leonardo da Vinci's "Mona Lisa" and Michelangelo's "Dying Slave," the museum has an impressive art collection.

Voxcity offers a self-guided tour of the Louvre, which includes audio commentary for 10 of the museum's most important works of art. One of the world's most renowned museums and one of Paris' most recognizable buildings are included in this tour's itinerary. Leonardo da Vinci's Mona Lisa is often regarded as the most renowned painting ever painted and may be found within the Louvre's collection of more than 38,000 works of art. The museum's unusual pyramid and glass construction attract millions of tourists each year as if the collection itself weren't spectacular enough. The Louvre Museum admission ticket is not included in the package and must be purchased separately. The Louvre Museum's self-guided audio tour by Voxcity app lets you explore this beauty at your own pace. 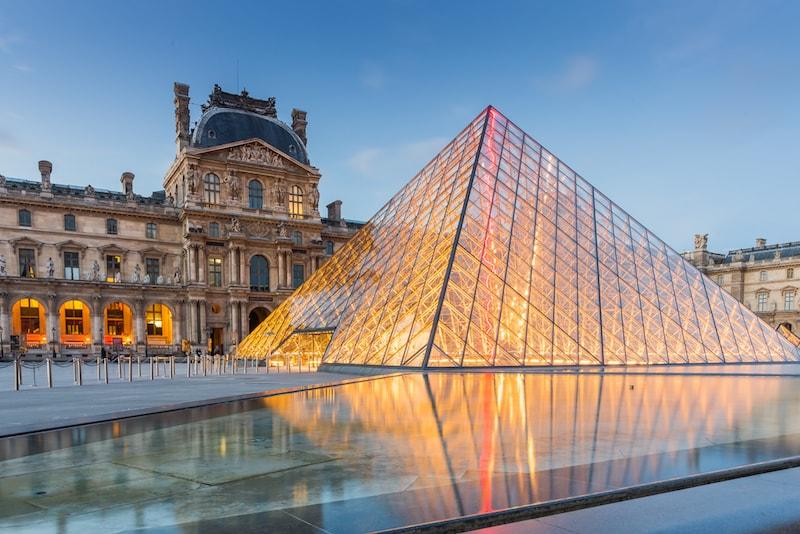 During the Voxcity tour, you may learn about the medieval Catholic cathedral's fascinating history, which goes back to 1163. There are millions of people that flock to Notre Dame every year because of its magnificent gothic architecture, immense size, and ancient age. As a result of the devastating fire that engulfed Notre Dame in 2019, which shook the entire globe, millions of dollars have been raised to help rebuild the historic building and its distinctive spire in the center of Paris. With its numerous sculptures and gargoyles adorning the roof, this cathedral, which began construction in 1163 and was completed in 1345, is quite an impressive sight. Take a stroll around the cathedral, then enter the building and ascend the 387 steps to the apex of the towers. Climbing these towers may be taxing, but you will be rewarded with a stunning perspective of the surrounding area and an opportunity to see the famed gargoyles up close. 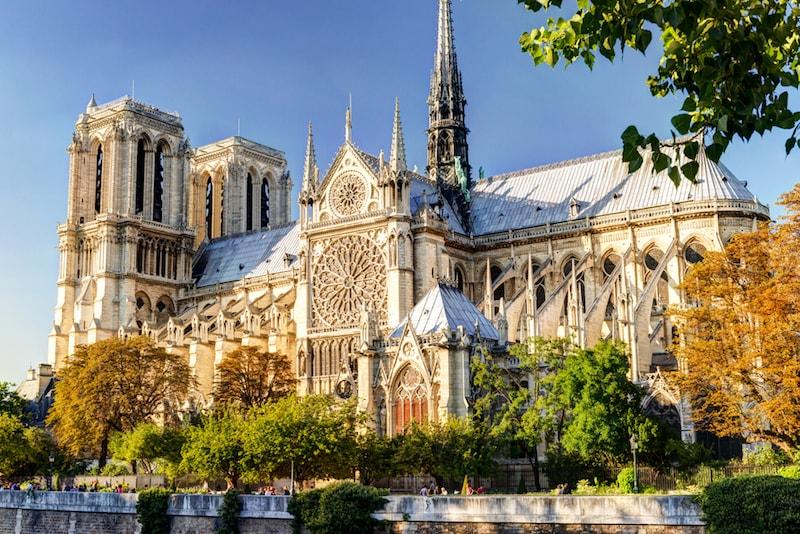 The Arc de Triomphe (Triumphal Arch) is the most famous and iconic triumphal arch in the world, located at the western edge of the bustling Champs-Élysées. Famous French military heroes and conquests are inscribed in relief on the walls and floors of the chateau. It's one of Paris' most recognizable landmarks. 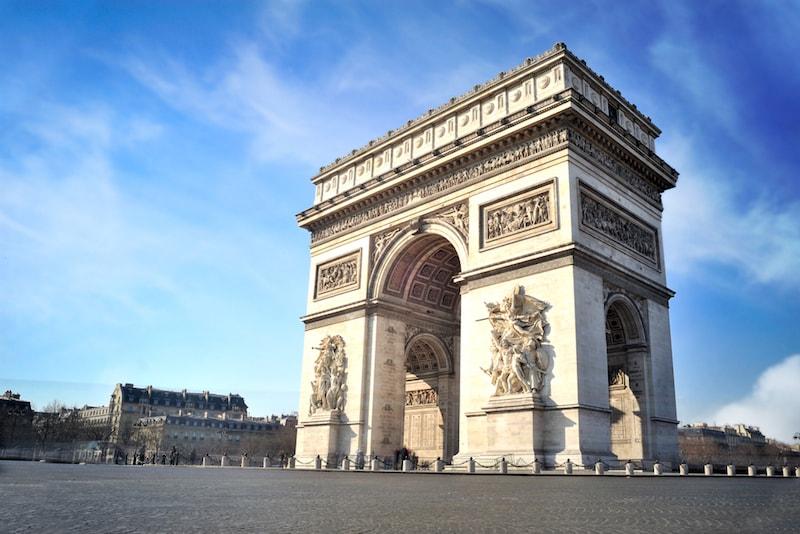 Voxcity audio-guided tour, available through the Vox City app, can help you learn more about this amazing destination. A city tour using the Vox City mobile app is your best bet when you're ready to explore Paris on your own. Our unique navigation feature makes self-guiding a waft and provides a wealth of suggested walking routes.

One of the biggest museums in Europe, the Musée d'Orsay (Orsay Museum) primarily exhibits French art from 1848 to 1914. Impressionist and post-impressionist masterpieces by Monet, Renoir, Cézanne, and Van Gogh can be found here. The uniqueness of the building is derived from its history. It was once a train station, but afterward, French President Valéry Giscard d'Estaing chose to turn it into a museum. 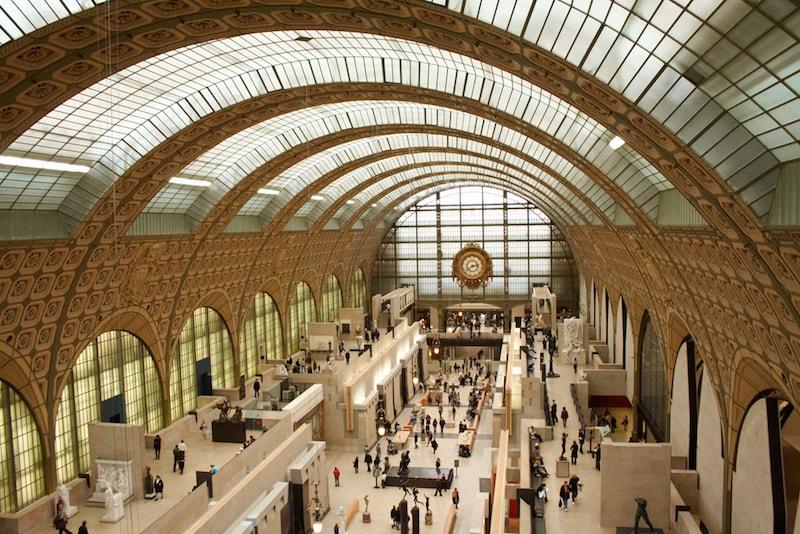 You can take a tour of Voxcity to learn more about this wonderful location. During this tour, you'll learn about the fascinating display of French art at the Musee d'Orsay. Gare d'Orsay, the museum situated in a former rail station, is a one-of-a-kind destination with spectacular Beaux-Arts architecture to enjoy while you explore the exhibits. There are French paintings, sculptures, and photographs at the museum that date from 1848 to 1914 as mentioned previously.

Take a breather in the Tuileries Garden, which is adjacent to the Louvre, and take in the late-afternoon sun while appreciating the French traditional garden style. A small-scale adventure park is available for those traveling with children, so keep this in mind while planning your trip.

Switch into your city guide on the Vox City App whenever you're ready to explore Paris and take full advantage of its unique navigational functionality that makes self-guided exploration easy, with enough suggested walking trails to explore. 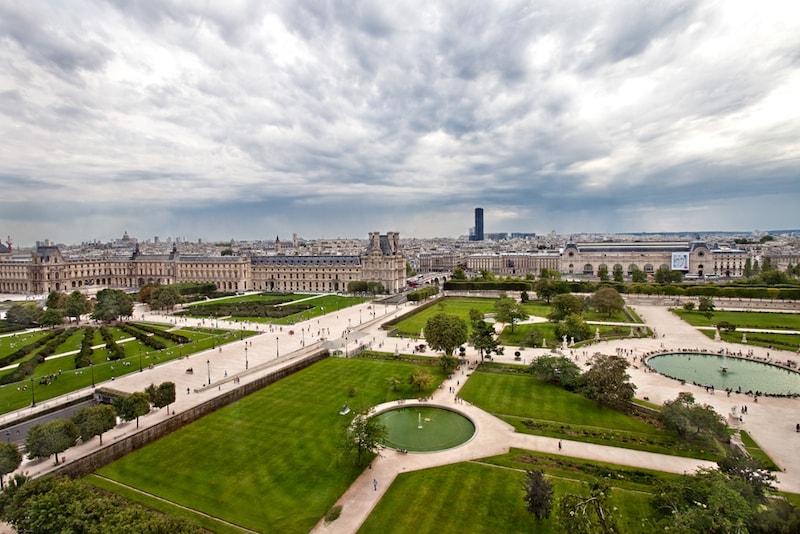 Luxemburg Park, located on the River Seine's left bank, is the ideal location for a quiet picnic with loved ones. You may escape the city's noise and chaos for a peaceful afternoon in the park's abundant greenery. In addition to the Luxembourg Palace, which is located just within the park, it’s well worth a look around. 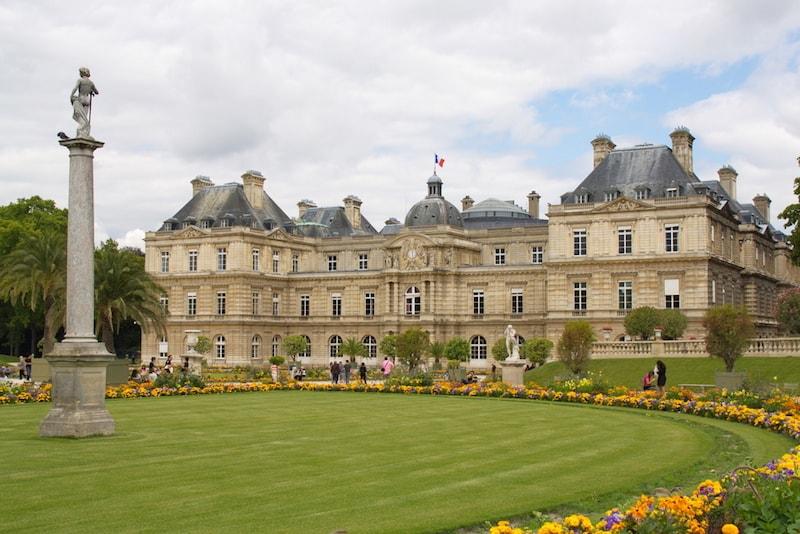 Listen to your audio commentary on the Vox City app to learn about the nearby tourist attractions, or take a break anytime you'd want to fit your personal timetable into your journey throughout the city. To continue your journey to Paris, Vox City recommends planning a new walking route, pinpointing your favorite landmarks, and finding the greatest photo hotspots.