The best kept secrets in Rome: Hidden gems of Rome

The best kept secrets in Rome: Hidden gems of Rome

Want to see Rome like a local? Here are some of the best-kept local secrets to help you feel at home in the Eternal City. Beyond the Colosseum and Vatican entrances, Rome's biggest squares, its spectacular fountains, and its avenues of wealthy opulence, there is a hidden Rome, full of hidden places that the average tourist will never see.

But you're not a tourist; you're a traveler, and that's why you're here: so you can stand out from the crowd and make sure you add the Eternal City's lost treasures to your itinerary. It's not easy to get away from The Eternal City's bustle, as over 4.2 million visitors flood to Rome every year. With a guided tour of hidden Rome by Vox City, you can see sights like the churches of Piazza Navona, the curious oculus of the Pantheon, and the winding lanes of Trastevere in a whole new light. With a knowledgeable local guide by your side, you'll get to see and learn about places you never would have been able to discover on your own. Or, you can take a self-guided tour to any of these places at your own by using navigating tools of Vox City app. From enchanted entrances to a massive pyramid, these are off-the-beaten-path attractions in Rome that are sure to please anyone. Ssh don’t tell anyone…!

In the heart of Rome, at the intersection of Via Dora and Via Tagliamento, is the Coppedè area, a tiny enclave that feels like a portal to a fairy tale. There are several beautiful structures and a plaza with a fountain to see, and while they may cost a little more than expected, they are well worth it. 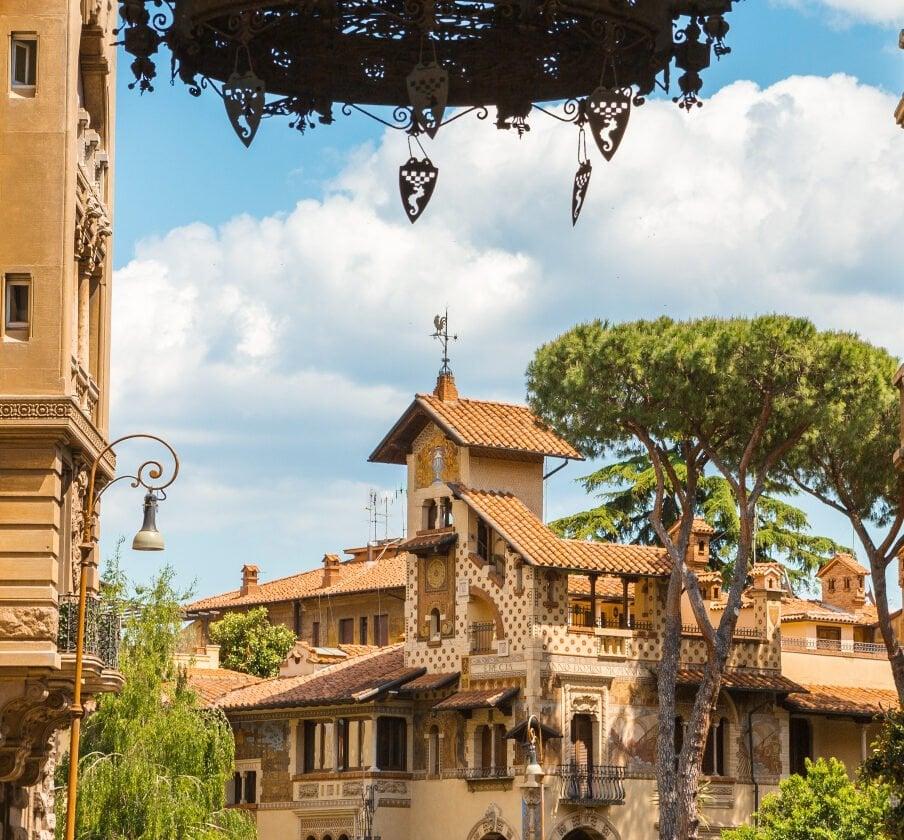 Due to its relative anonymity, this section of Rome is ideal for escaping the madding crowds and capturing some stunning photographs in the waning hours of daylight. This is one of the things we suggest you do while you're in Rome, among other things. From the minute you arrive in Rome, you can begin your self-guided audio tour with Vox City. Use our cutting-edge navigation features right away to simplify self-guiding, and select from a wide variety of suggested walking routes. As you go closer to the city's most famous attractions—the Colosseum, St. Peter's Basilica, the Trevi Fountain, the Pantheon, and Piazza Navona—you'll feel a surge of the city's rich history and culture.

Piccola Londra's Notting Hill–style homes will have you swooning, but with all the Mediterranean allure of Rome. In an effort to bring Rome up to date and make it more like other European cities, this area was constructed in the early 20th century and given the moniker Little London, which accurately describes the area's contrast with the rest of the city. 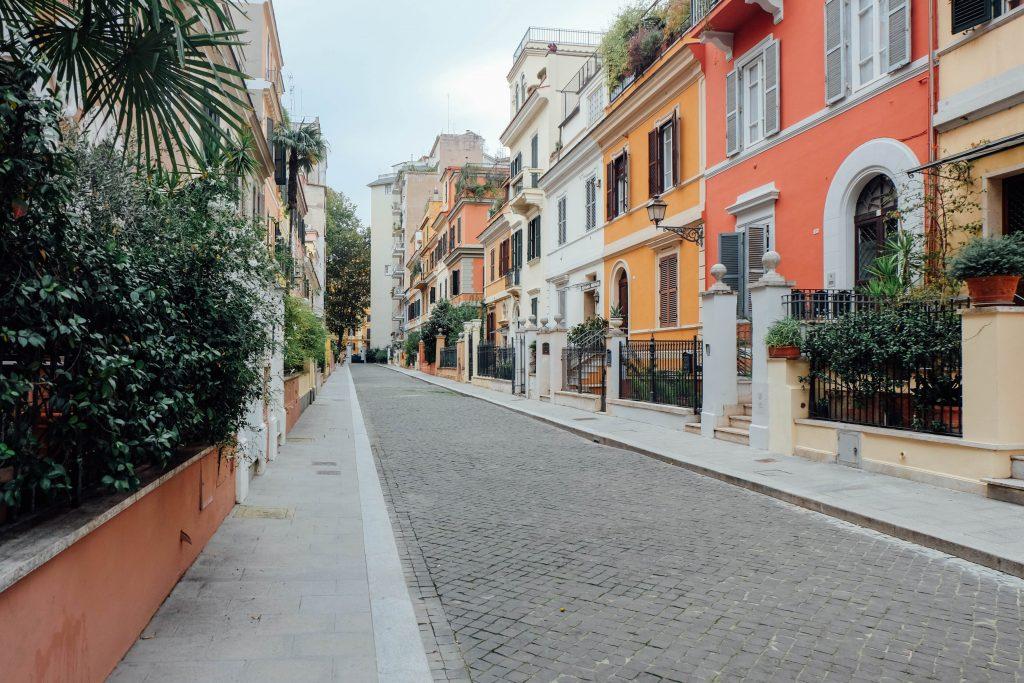 Piccola Londra only consists of a few of streets because the architect Quadrio Pirani's plan was never expanded, but you can still take a stroll through this out-of-the-way section of London starting on Via Bernardo Celentano, from Via Flaminia. If you happen to be in Rome and interested in touring the Borguese Gallery and Gardens, don't miss the chance to see it! Rome is the ideal city for walking, therefore it won't take you more than 30 minutes to get there by foot.

The lock of the Knights of Malta

Located in the city's extreme southwestern quadrant, Aventine Hill is one of Rome's seven hills. During the Roman Republic, it was populated by the city's ordinary folk, but modern day it is a neighbourhood of lavish palaces and manicured gardens. 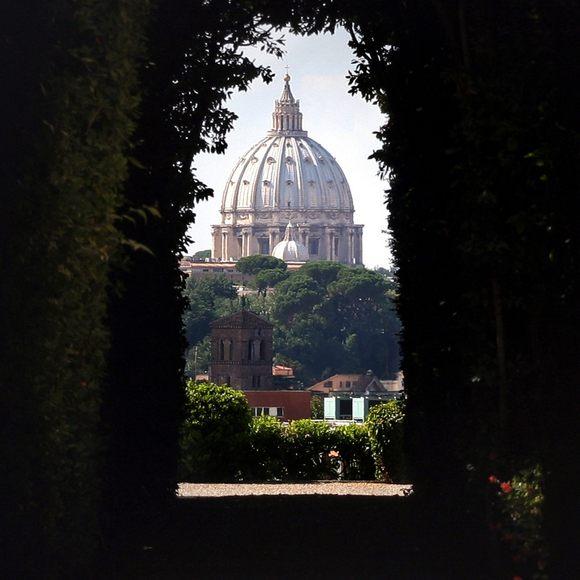 The Giardino degli Aranci, or Garden of Oranges, is one of Rome's many beautiful gardens and a popular destination among locals. This park, once the property of Dominican monks, is home to a not-so-well-kept secret of Rome: a keyhole through which the dome of St. Peter's Basilica may be seen. Even though you'll find more people there an hour before sunset, that's the greatest time to visit the Orange Garden, both for the sights and the stroll.

Even though you will probably only see ten to twenty of Rome's many churches during your stay there, we couldn't help but recommend the Basilica di Santo Stefano Rotondo al Celio. The truth is that no other building can compare to St. Peter's Basilica. However, the goal here is not to locate a basilica on par with the one in the Vatican; rather, it is to seek out a perch that other people's eyes might wrongly dismiss as unworthy of their attention. 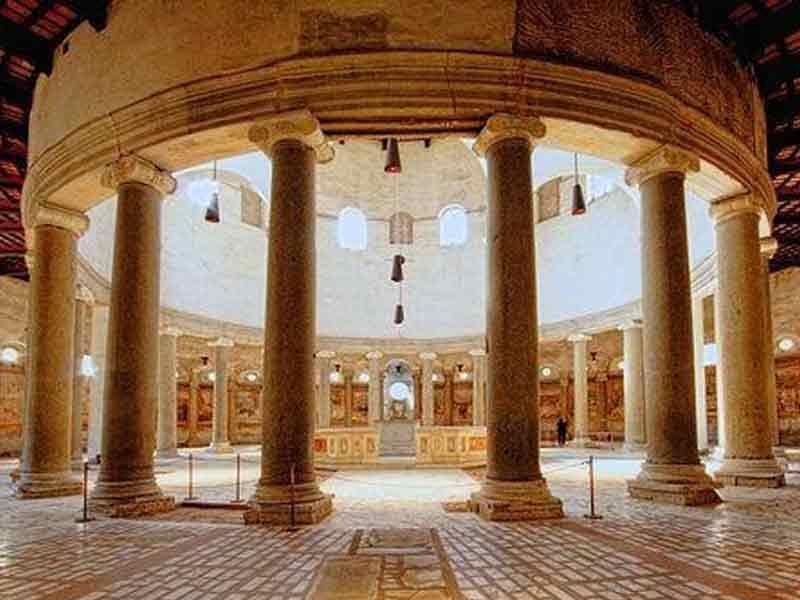 The Basilica di Santo Stefano Rotondo al Celio is the best option because of its location so close to the Colosseum. Its circular design, gloomy interior painted with frescoes depicting martyrdoms, and spooky vibe are unlike anything else in the Eternal City. From the Colosseum, stroll over to the Basilica of Santo Stefano Rotondo al Celio. It will take you around 15 minutes to get there. Another fantastic approach to discover Rome, one of the most culturally significant cities in the world, is to purchase a 3-day pass for 3 Vox City walking tours. You can go at your own pace and have a customizable experience by utilizing the free Vox City app. By following us, you can discover what it was like to wander through the neighborhoods of Rione IX Pigna, Colonna, and Trevi at the height of the Roman Empire. You'll visit some of the most well-known attractions and best-kept secrets in the city, such as the Colosseum, the Trevi Fountain, the Pantheon, and the Roman Forum, during this guided tour of ancient Rome.

Some of the best-kept secrets in Rome are found in this palace. Located in the heart of Rome between the Trevi Fountain, the Pantheon, and the monument to Victor Emmanuel II, the Doria Pamphilij Gallery is a baroque wonderland inside and out. Paintings by Raphael, Titian, and Velazquez, among others, are on exhibit in a gallery designed with splendour and luxury; they are part of the museum collection that belongs to the family that lends the palace its name. Especially within the museum where you will find a colonnaded courtyard where the sun shines in a peculiar way, this is a place to relax from the rush of the Roman streets. It goes without saying that any romantic would enjoy a visit to magnificent palace in the evening. Whether you're tossing a coin into the Trevi Fountain or going to the Pantheon at night, you should definitely take the time to see it when you're in the heart of Rome. Do check our blog on 9 best places you ought to visit in Rome to get more knowledgeable insights during your trip. 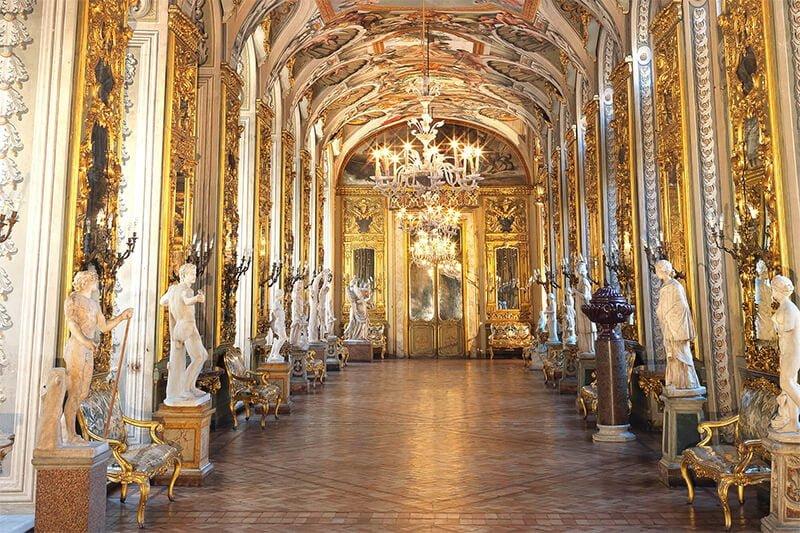 You'll be captivated by our knowledgeable guide's storytelling as you discover and indulge yourself in the grandeur and majesty of Rome. Our guided tour at Voxcity allows you to hop on and off whenever you choose, allowing you to enjoy multilingual audio commentary, suggesting walking routes, pinpointing your favorite places, and locating the best photo opportunities.