Lesser-known European attractions where you can avoid the crowds

Lesser-known European attractions where you can avoid the crowds

Are you interested in learning about Europe's best-kept secrets and crowd less metropolises? Get ready to have your mind blown. The continent of Europe attracts a lot of visitors every year. Its vibrant urban centers pique our interest and motivate us to discover new places. Europe's various landscapes fascinate adventurers and history buffs alike. If you're a foodie, you can easily eat your way around Europe's metropolitans and lesser-known regions. There is no way to become bored with the countless food alternatives in these one-of-a-kind European destinations because local products and specialties are different from town to hamlet. If you're the type that enjoys a good treasure hunt, Europe is full of hidden riches just waiting for the hordes of tourists to arrive and discover them. Getting from one smaller European city to another is a breeze thanks to well-developed bus and rail networks; this is especially true when considering that buses are often the most direct route to Europe's lesser-known but no less fascinating hidden gems, such as sleepy towns outside of Rome or little-known spots in the depths of Spain.

This winter, visitors to Europe's major cities have flocked back in droves, and they can be found swarming the continent's most renowned landmarks. So, don't go to the Colosseum in Rome, Notre Dame Cathedral in Paris, Park Guell in Barcelona, Hyde Park in London, or the Rijksmuseum in Amsterdam hoping to discover solitude and peace. Below are some of the equally stunning and much quieter options each of these cities provides if you'd prefer to avoid the crowds.

Even though the Spanish architect Antoni Gaudi has been deceased for almost a century, his legacy lives on in Barcelona. His work has had a significant impact on the city's aesthetics, cultural legacy, and tourism. The Catalan talent embellished the city with a series of modern structures in the late nineteenth and early twentieth centuries. A total of seven of his most recognizable Barcelona buildings are listed as World Heritage Sites thanks to his efforts. Among these are the impressive La Sagrada Familia basilica, the unique Park Guell, and the Casa Mila arts venue. Built in the early 20th century, Lluis Domenech I Montaner's Sant Pau Recinte Modernista is a prime example of Catalan Modernism, a bold yet elegant architectural style that Domenech I Montaner helped establish and which Gaudi expanded upon. 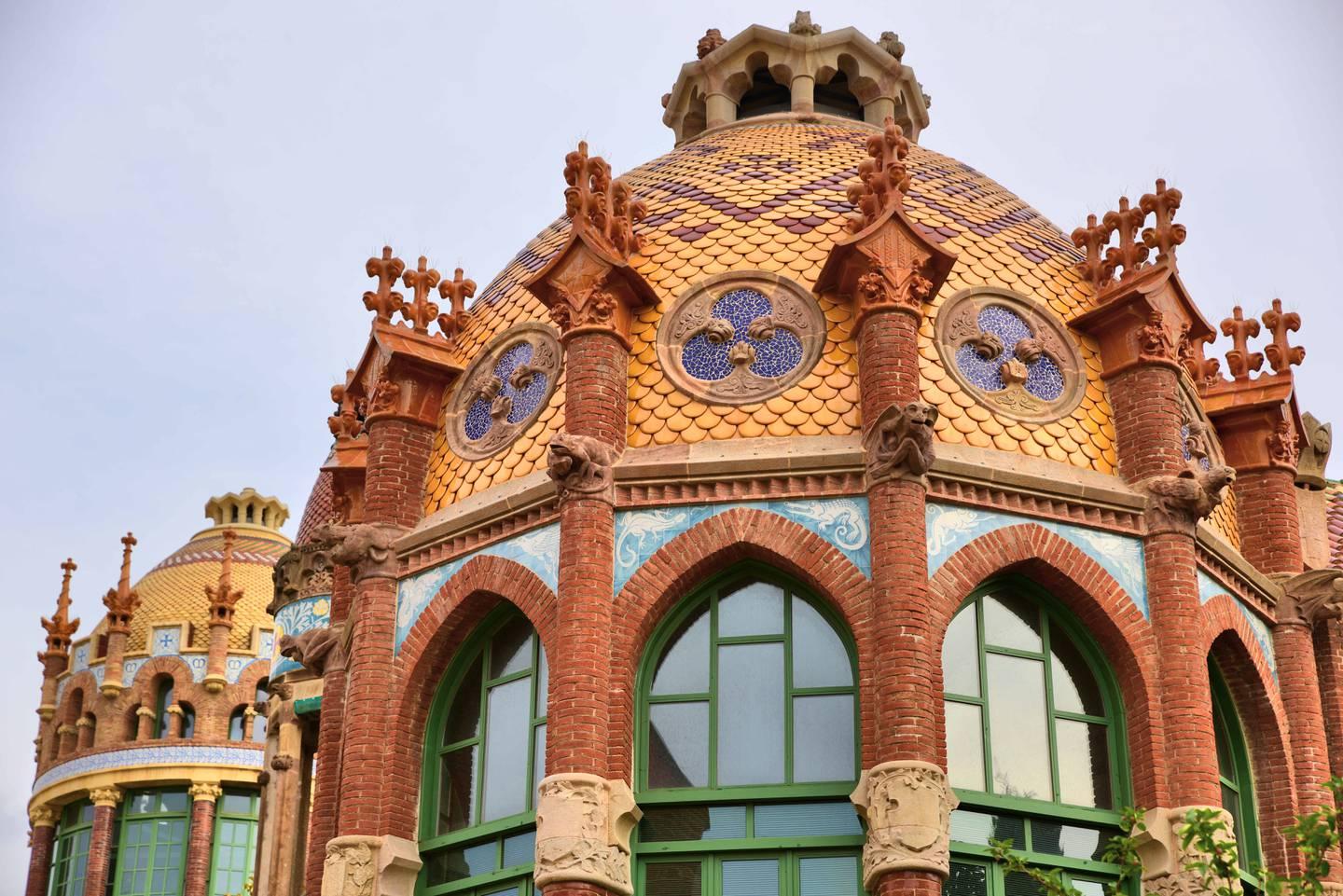 It serves as an outdoor museum and art gallery due to its elaborate mosaics, excellent stained glass, exquisite brickwork, and brilliant color palette.

The Colosseum in Rome is one of the world's most famous landmarks despite its age (1,900). The ancient Italian capital's historic center is still dominated by the massive, oval-shaped amphitheater. In its heyday, it could draw a throng of up to 50,000 people to witness gladiator battles and public executions. 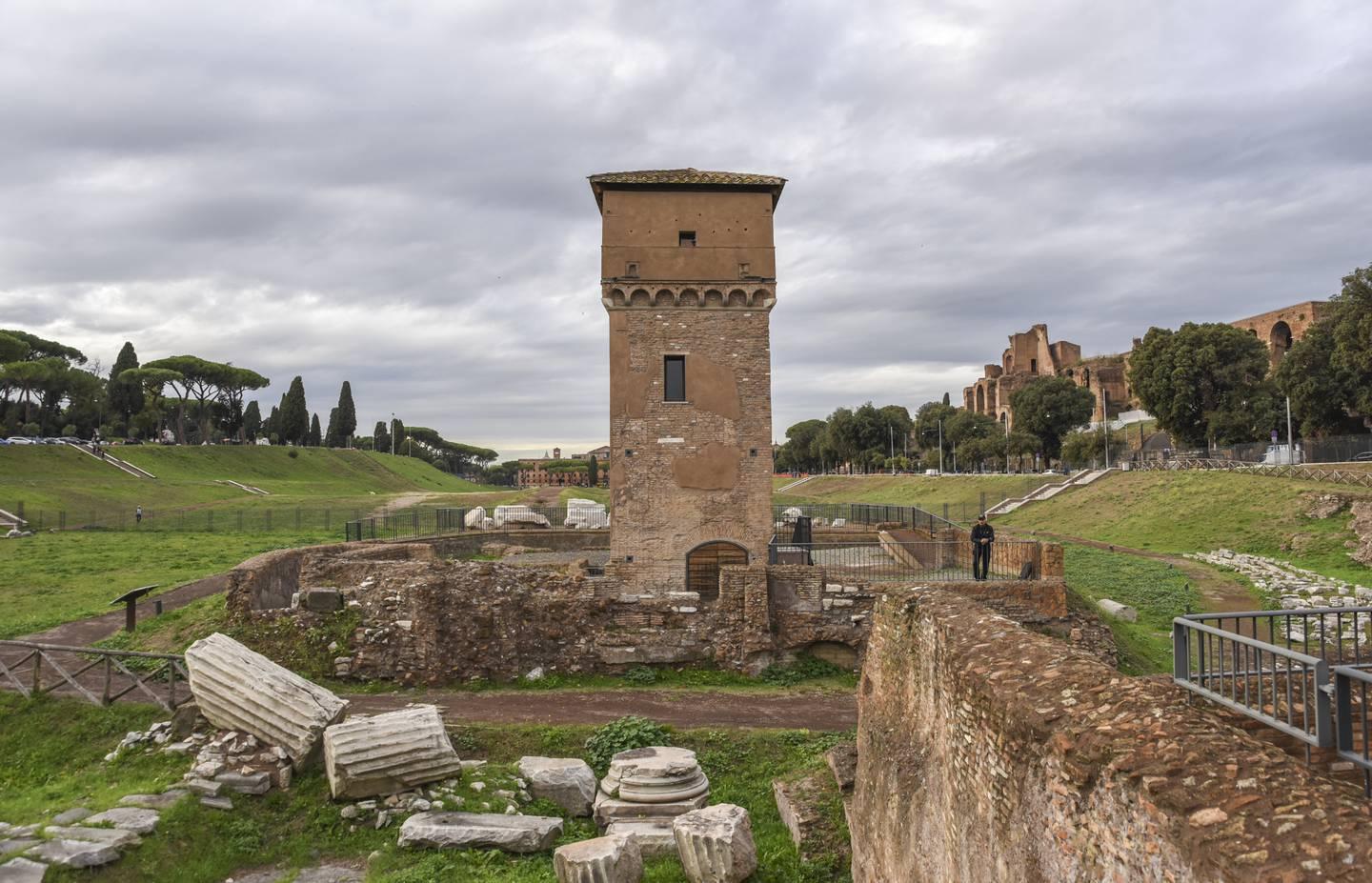 However, the Colosseum wasn't even close to being Rome's largest venue in ancient times. The ruins of a building that was much larger than it are located just 600 meters to the south of it. One of the largest sporting arenas to have ever existed, the Circus Maximus was built to hold 250,000 spectators. If you were to stand in the middle of this 600-meter-long by 190-meter-wide area, you could easily conjure the jarring roar of such a large throng. The sunken shape and surrounding banks of the original construction have survived, and they make it easy to imagine the chariot races and other sports that previously took place there. You can start your Vox City audio tour as soon as you land in Rome. It's time to stop wasting time and effort figuring out where to go and start using our state-of-the-art navigation tools to pick one of the many planned routes we've already laid out for you.

After the terrible fire of 2019 that left over Dh1 billion in damage to this famous cathedral, only a portion of Notre Dame is currently open to the public due to continuing repair efforts. Even yet, if you've been to Paris recently, you've probably seen hordes of visitors in the square in front of the church, where they're taking pictures. Until 2024, when the cathedral is scheduled to reopen in its entirety, this courtyard is the only area of Notre Dame that visitors can visit. 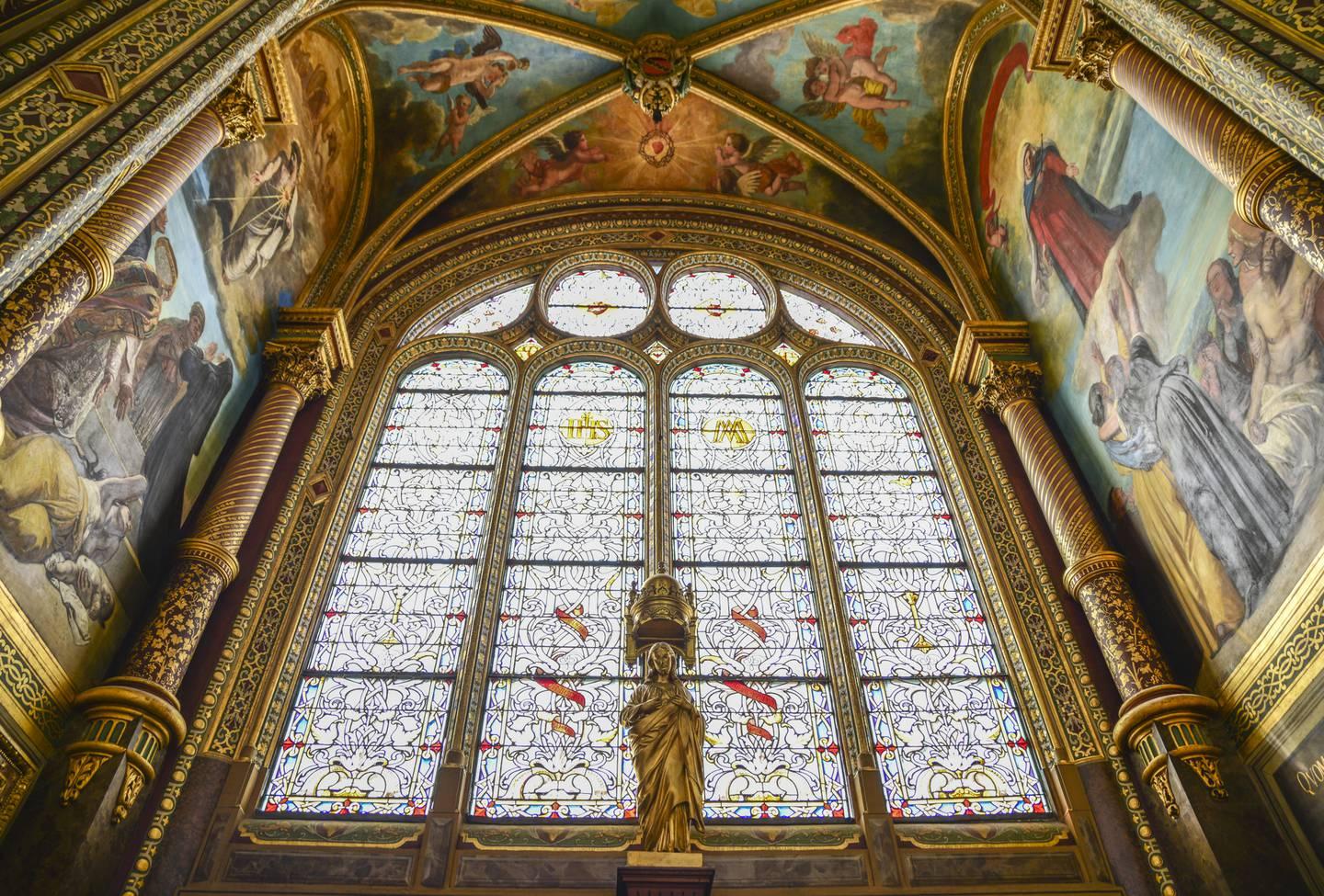 Just 700 feet to the north is another great cathedral that can serve as an alternative to Notre Dame. Even though it is just as beautiful as Saint-Merri Church, it is always strangely deserted whenever you'll go inside. This massive church, dating back over 500 years, features an intimidating Gothic front. It shares many of Notre Dame's interior design elements, notably its ribbed vaulting, spectacular stained glass windows, and complex window tracery. The bell at Saint-Merri is the oldest in Paris, dating back to the 14th century, and it still rings out over the city to this day.

Located in the center of the city, Hyde Park is not only one of the most beautiful parks in London, but also has a royal history that makes it a tourist hotspot. Formerly the residence of Princess Diana, who passed away in 1997, Kensington Palace stands here. It's not uncommon to witness a lengthy line of sightseers waiting to enter the grounds and palace of that royal family. Holland Park, located just one kilometer to the west, is often neglected despite its equally beautiful setting. Cope Castle, another royal residence, was originally located here as well. Now almost 22 hectares in size, this public park is a haven of peace in the heart of one of the busiest cities in the world. 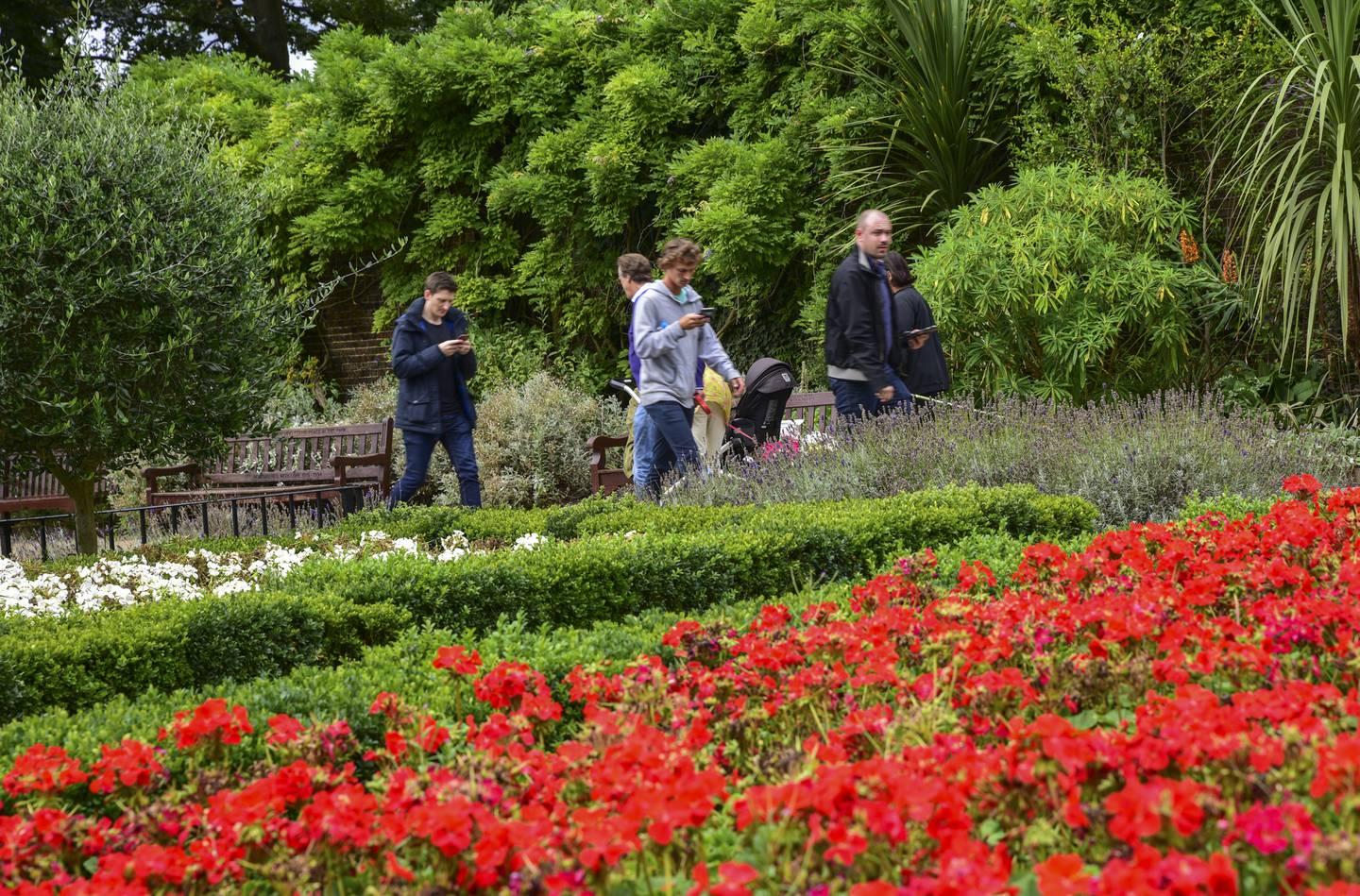 Holland Park is more thickly vegetated than neighboring Hyde Park, which is known for its expansive lawns. This means that there are numerous cozy alcoves where guests can have a picnic or take a sleep in complete seclusion. In spite of this, the two main gardens in Holland Park were the things that will leave the greatest impression on anyone. The bright carnations and tulips of its traditional English flower garden make it hard to miss. The ponds, waterfalls, bridges, and pebble beds of its traditional Japanese garden are more subtle but no less beautiful.

The Rijksmuseum is the largest museum in Amsterdam and houses a world-renowned collection of paintings by Dutch masters like Van Gogh and Rembrandt. The place is, unsurprisingly, jam-packed. As a result, entrance is strictly limited to those who have purchased tickets in advance, online, for a certain date and time. The Amsterdam Museum is a great choice if you want to avoid long lines and crowded exhibit halls. Over one hundred thousand historical artifacts and works of art are housed in this state-of-the-art building, which provides insight into the development of the Netherlands and its capital. 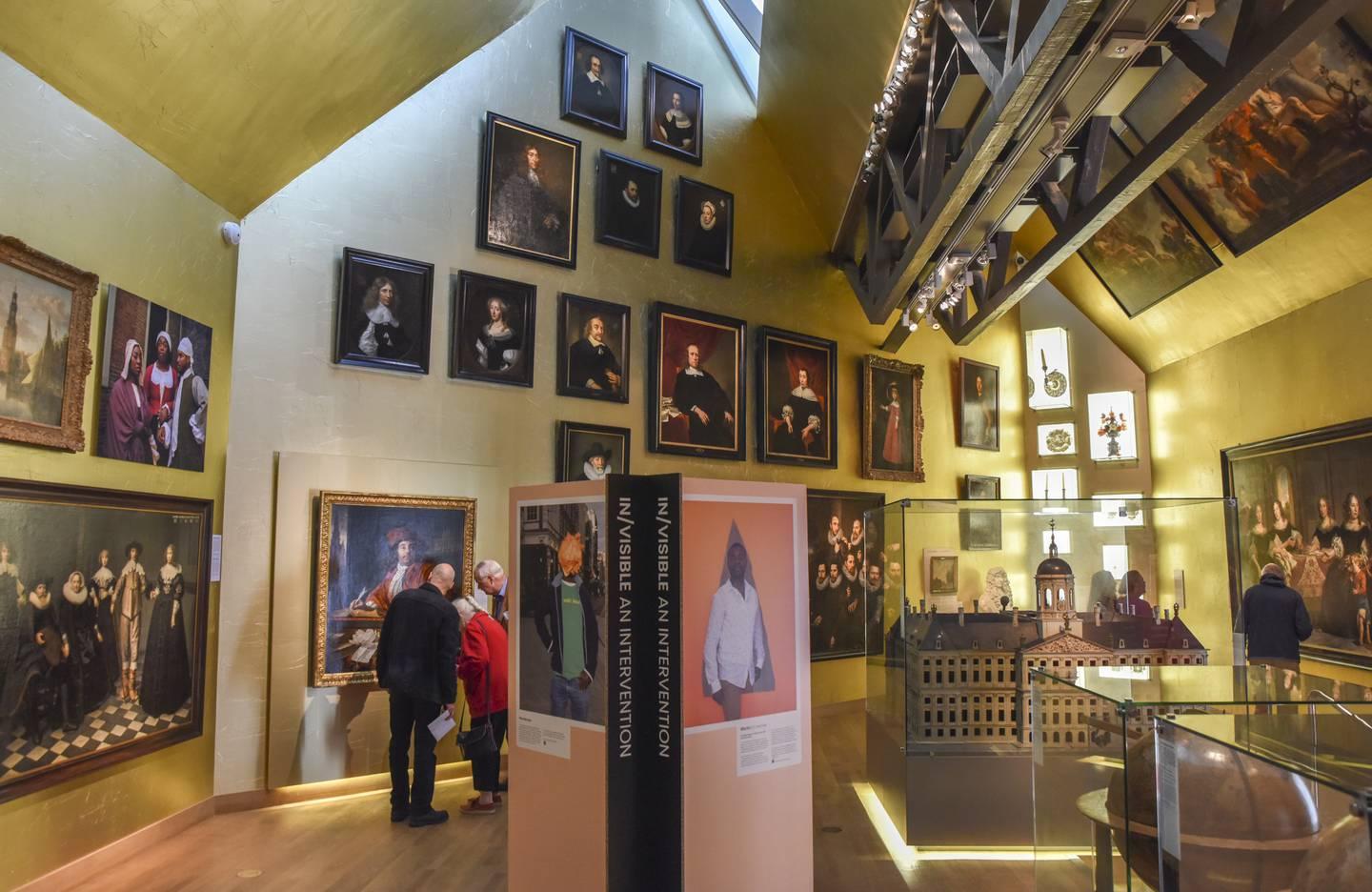 Among the many fascinating artifacts on display are those once belonging to the Dutch royal family, such as the colorful paintings that adorned the royal stage-coach. A self-guided audio tour from Vox City will help you learn more about the Amsterdam museums pasts and is available to you at any time throughout your visit.

In addition to a traditional tour guide, visitors to Europe can now benefit from the convenience of a Vox City self-guided audio tour so that they can see the area at their own pace and fully take in its splendor. Listen to the audio guide to get the inside scoop on all the must-see sights, and take breaks whenever it is most convenient for you. Plan your next Vox City-style walking route through Europe, finding your favorite sights and picking out the best photo possibilities!