Rome is one of the world's most beautiful and historic cities. Since its inception, Rome has been a hub of power, politics, culture, and progress, and its history spans more than 2500 years. The city's origins are shrouded in tradition and myth, and several versions of its creation exist till now. Magnificent Rome has been home to numerous Roman Emperors over the course of history, and this is where the Roman Empire was born. Various monuments, palaces, and religious complexes have been built in the city over the years, and they today serve as stunning tourist attractions and reminders of the city's glorious past. With landmarks like the Colosseum or the Vatican, Rome is one of Europe's most popular tourist destinations.

It's difficult to decide where to begin exploring inside a city so rich in historical and religious artefacts. Of course, your personal interests will determine your selections, however there are some sites that are nearly mandatory relics of Italy among leading attractions in the globe. Even the most ardent sightseer must take a while to relax in a park or on a sidewalk café in Rome because the city is so enormous. With this helpful guide to Rome's greatest attractions, you'll know exactly where to go and what to see.

You'll be captivated by our knowledgeable guide's storytelling as you discover and indulge yourself in the grandeur and majesty of Rome. Our guided tour at Voxcity allows you to hop on and off whenever you choose, allowing you to enjoy multilingual audio commentary, suggesting walking routes, pinpointing your favorite places, and locating the best photo opportunities.

It is the largest amphitheater in the Roman world, holding more than 50,000 spectators. Arenas where gladiator fights, animal fights, and other Roman sports were held saw a lot of bloodshed, which was invariably followed by tragic deaths.

With the addition of a fourth level by Titus' son in AD 80, Vespasian's structure, which he started in AD 72, was officially opened with a number of spectacular games. The Imperial Court and prominent officials sat on the lowest level of the Colosseum, while aristocratic Roman families sat on the second, and the general public sat on the third and fourth. You can save your time to see this attraction by joining one of our package, and you'll have an experienced guide to help you along the way. 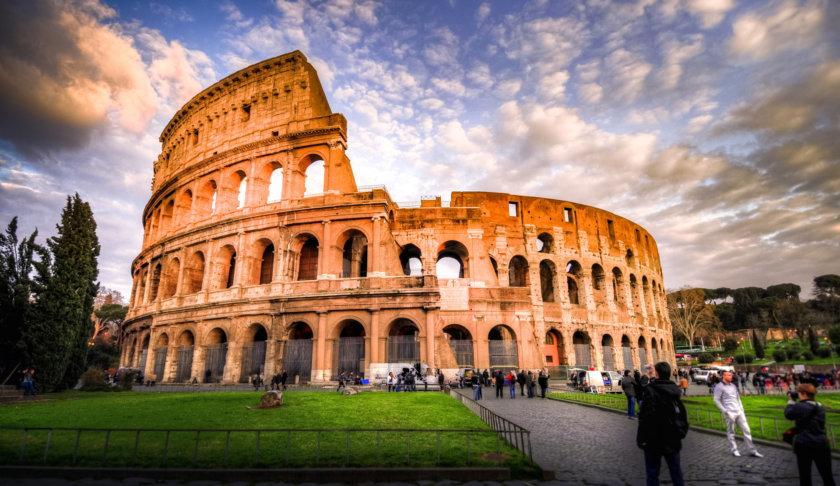 In the midst of a pulsing modern metropolis, strolling through the forum is like travelling backwards two millennia in time. Despite the fact that the Forum's ruins are merely a shadow of their former glory, the standing or toppled columns, triumphal arches, and remnants of the city's walls nevertheless leave an impression, especially when you remember that the heritage of the Forum was indeed the biography of the Roman Empire and the Western world for many centuries.

As the three touristic sites remain linked together, it would be a disgrace to miss out on the Colosseum, the Roman Forum, as well as the Palatine Hill while purchasing a ticket at the Colosseum. Ruins of historic markets, government buildings, and religious structures can be seen in the city's forum. The site itself does not offer any explanations, so if you're interested in history, it's best to take a guided tour. 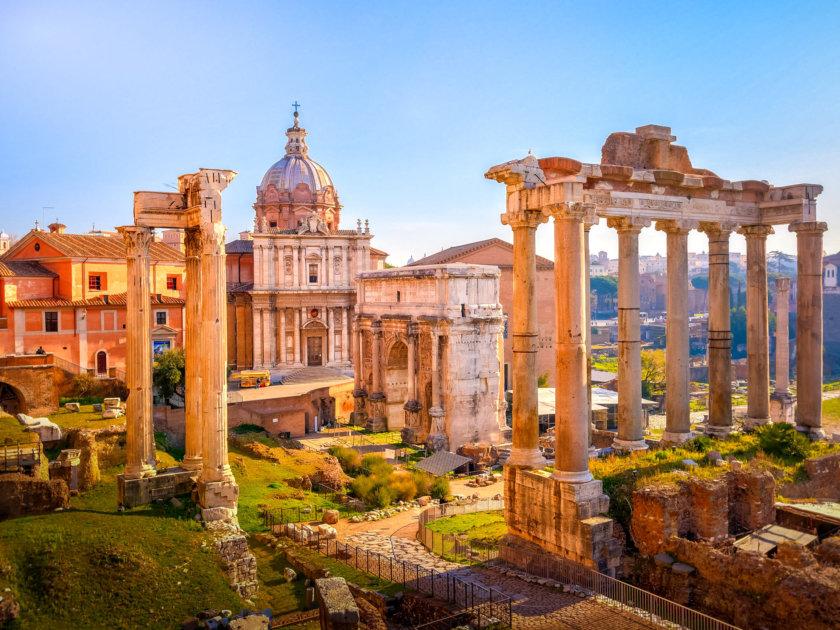 The ticket to the Colosseum includes admission to this site as well as the first two. One of Rome's seven hills, the Palatine, is where Romulus and Remus are said to have established the city. In case you didn't already know, they're the identical twins who were suckled from a wolf inside a cave when they were infants. You may enter this cave and access the remnants of historical figures, as well as can see the residence of Augustus, the first emperor of the Roman Empire. 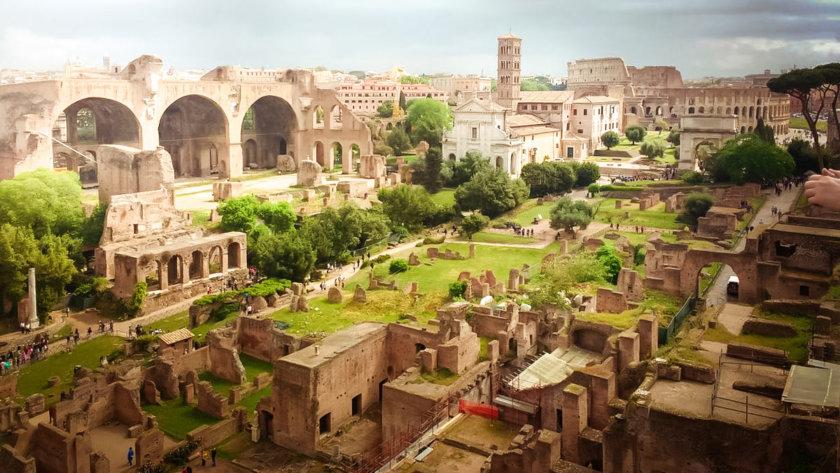 One of Rome's best-preserved ancient structures, the Pantheon is another must-see tourist attraction. In the 7th century, it was converted from a place of worship for the gods of mythology to a place of worship for Christians. Without any visible supports, its 43-meter dome, the pinnacle of Roman interior construction, floats in the air. There is only one light source in the entire structure, which is a nine-meter center opening. You shouldn't be afraid to go in because it's free to visit, which is so unusual that it ought to be highlighted. From within, you may take in the peculiar lighting created by the enormous dome and its oculus (the aperture in the center of the dome). 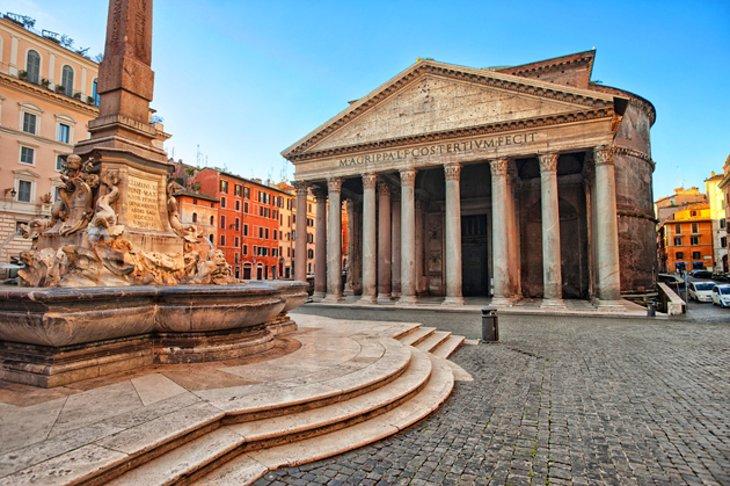 Since it was built in the 17th century and has been featured in numerous films, this metropolitan landmark has become a must-see for visitors who are visiting Rome. In order to ensure your return to Rome, it is customary to throw a penny into the Trevi Fountain (Fontana di Trevi).

When Agrippa the renowned art benefactor of the 1st century BC built an aqueduct to supply his baths, he also built Fontana di Trevi, Rome's largest fountain. It portrays the marine god Oceanus (Neptune), along with tritons, shells, or horses. A big basin, always stocked with coins, gathers the water that sloshes all around these figures and fake rocks. 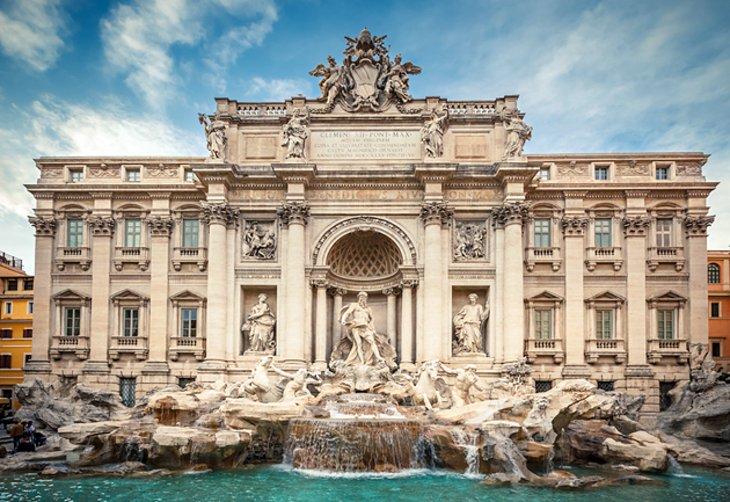 Piazza Venezia, was one Rome's most famous squares, is located just a few blocks from the Roman Forum. From here, all of Rome's key tourist attractions may be reached by walking. The famed Trajan's Column, with bas-reliefs depicting Trajan's military achievements, stands next to the square. The entire city is visible from the building's roof, which also serves as a viewing deck. At the backside of the tower, there is a glass lift that takes visitors to the upper floors. 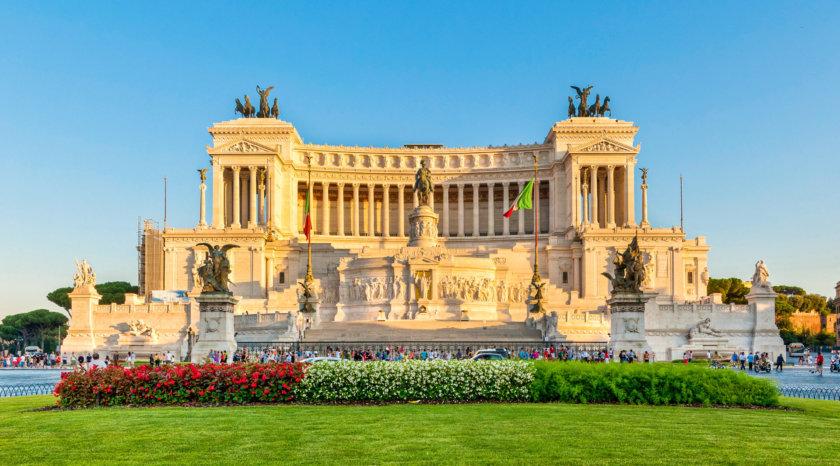 One area of Rome is so crammed with activities and attractions that it's nearly difficult to decipher the street names on a map of the city. This is Rome's historic core, the Centro Storico, where you could spend the entirety of your trip exploring the city's ancient streets and lanes and their many art-filled churches, dazzling palaces, and lively squares.

Take a break at the Trinità dei Monti, the steeple-topped stairway leading to the French cathedral of the Spanish Steps. They're named after Rome's most well-known piazza, Piazza di Spagna, which lies at their foot. Tourists have been flocking to these steps for years. 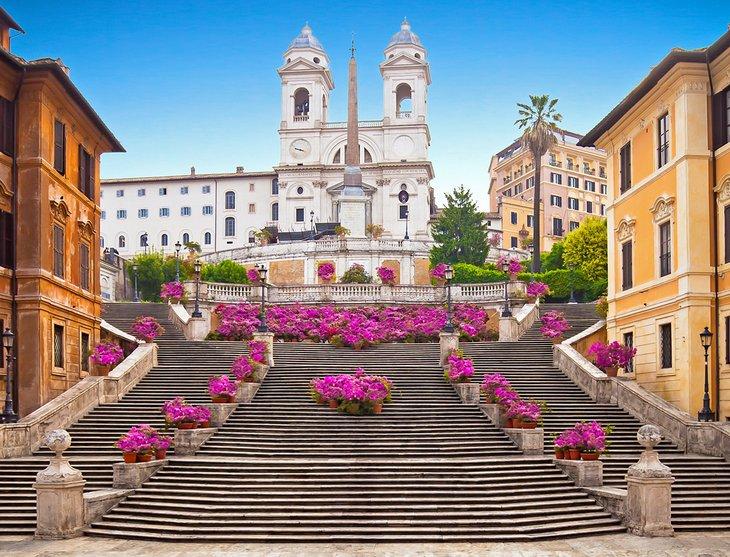 Piazza Navona, one of Rome's most recognizable Baroque squares, retains the layout of the Romans stadium constructed onsite by Emperor Domitian. It was reconstructed in the Baroque style by Borromini, who likewise planned the splendid line of palaces and the cathedral of Sant'Agnese on its west side, and was still utilized for festivals and horse races throughout the Middle Ages. Each of the continents is represented by a vibrant fountain, which includes statues depicting the Nile River, the Ganges River, and the Danube River as well as their accompanying vegetation and animals. 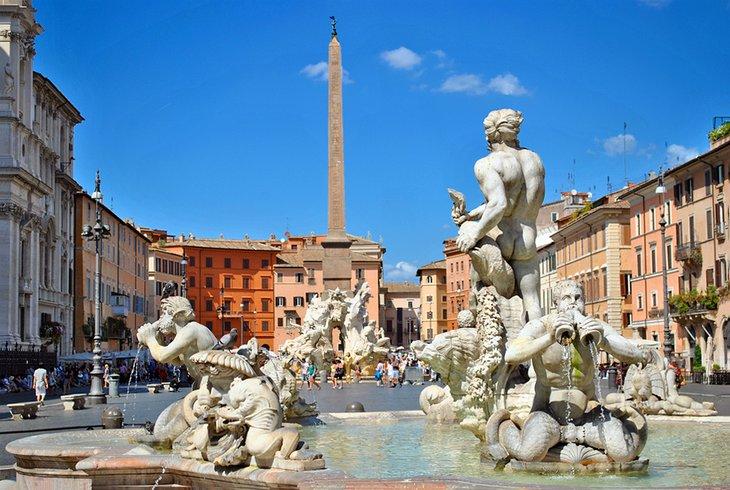 To get to Sant'Angelo Bridge and the Sant'Angelo castle, cross the Tiber from the square and walk across to the opposite bank. The bridge is adorned with ten statues of angels, all created by Bernini, on either side of the bridge. Views of the city along with river are breathtaking from this bridge. This tomb was constructed by Emperor Hadrian and is located in the Castel Sant'Angelo in Rome. A military element was afterwards added: the popes were able to take sanctuary there during invasions.

Prison cells, a massive arsenal, and lavish papal residences embellished with Renaissance paintings can be found throughout the complex's numerous floors. You'll have a wonderful view of the city from the top deck. 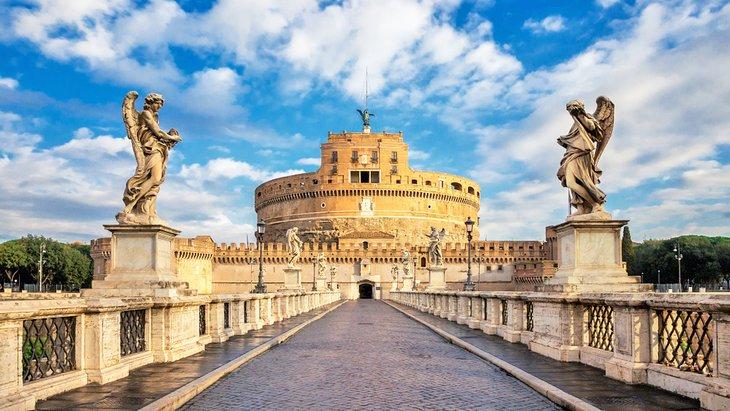 During your next Italian vacation, are you going to Rome? A weekend in Rome with your significant other or family is a great way to spend a couple of days in the Italian capital. We've compiled this list of all the best places to visit in Rome, along with all the must-see attractions and must-do activities.

Consider signing up for our Sightseeing Tour at Voxcity through any of our packages to make the utmost out of your time in the city. You may hop on and off at your favorite attractions with this simple ticket, which includes audio commentary and stops at all of the main landmarks. You can choose a tour that is good for 24 or 48 hours period and can easily upgrades to package that include time-saving entrance to attractions including the Roman Forum, Palatine Hill, and the Colosseum.