London is Europe's most popular tourist destination, attracting an estimated 27 million tourists each year. Given that it was built by the Romans and also has prospered for ages, London should come as no surprise, that it is a top travel destination for many people. Currently, London is among the world's most diverse cities, with a rich heritage and some of the finest culture on the globe. The Shard and other modern architectural wonders flank a network of historic laneways that are also home to high-end shops, award-winning theatres, and other cultural attractions. Visitors to London are awestruck by the grandeur of the city's streets, which wind their way around famous landmarks like St. Paul's Cathedral, Buckingham Palace, and Westminster Abbey.

This bustling capital of the United Kingdom has something for everyone, from shopaholics to foodies to adventurers to historians to families with young children, but it can be difficult to decide where to start. Should you visit one of the city's finest museums (most of them are free to attend), picnic in some of the numerous parks, explore an imperial palace, or meander through a stunning garden? The London Eye, a ride on a horse, or a high tea at Harrods may be more to your taste. To help you get started, we've compiled a list of the top 9 attractions in London. And what's the finest part? Many of those must-see London sights are free, and for those that aren't, you can take advantage of our guided tour packages at Voxcity and focus on just having fun.

An iconic British structure, Buckingham Palace is the setting for one of the well-attended pomp and circumstance displays in the world: the Changing of The Guard. From St. James's Palace to The Mall at 11:30am, you can accompany the band as they perform a spectacular parade that includes precision marching and music, regardless of the season.

Buckingham Palace has been the London residence of the Royal Family since Queen Victoria's accession. Look at the flagpole atop the building if you're unsure if she's at home: if the sovereign standard is flying around the clock, she's there. She and other descendants of the Royal Family might also make an appearance here on central balcony on important state occasions. 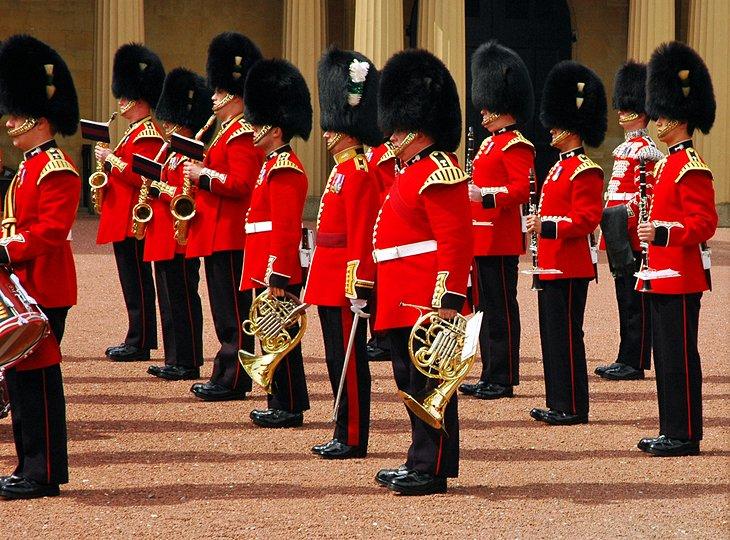 The Tower of London

The Tower of London has served as a prison, a palace, a treasure vault, and even a private zoo over the ages. For those who want to learn more about Britain's rich history, this World Heritage Site is a great place to start, because so much of it happened here. This rich heritage can be explored in depth with the help of our guided tour options. William the Conqueror erected the huge White Tower in 1078, and it now houses the 17th-century Line of Kings, a stunning exhibition of royal armaments and armor. 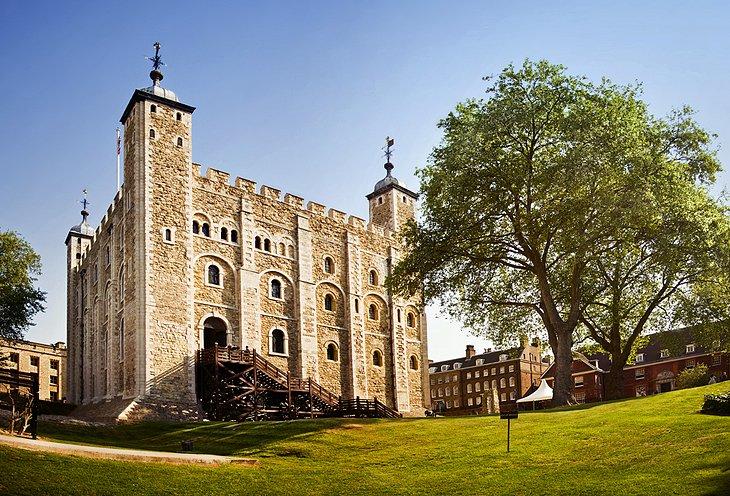 One of London's most recognizable landmarks is the towering Tower Bridge, with its two massive towers soaring 200 feet above the River Thames. In addition to seeing Tower Bridge, you'll get a peek of London Bridge, which many people wrongly assume as Tower Bridge. Many eateries may be found in Butler's Wharf, a unique neighborhood on the other side of the bridge.

To find a specific attraction, utilize our guide to find your way there, or let our app guide you on a journey from downtown London to Greenwich. In addition, you'll be able to find most of the river's best photo hotspots too. 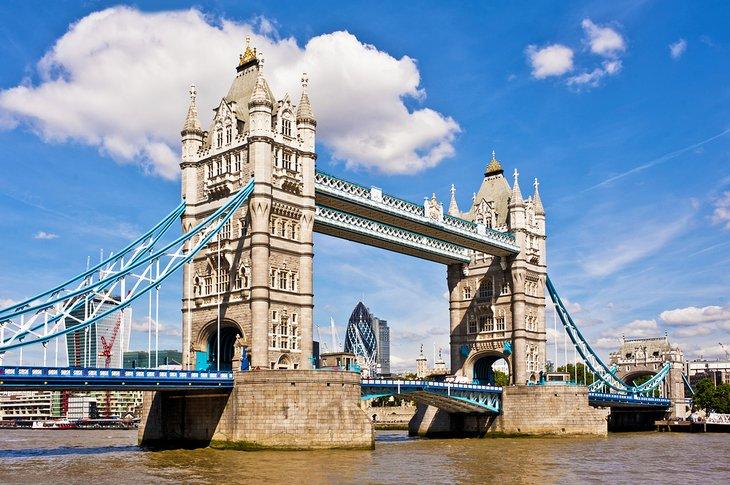 The London Eye is an essential part of any vacation to London. The Eye, a gigantic Ferris wheel, was built in 2000 to commemorate the millennium and offers stunning views of the city. London's almanac New Year's Eve fireworks features an extravaganza spectacular light show atop the wheel.

For a more intimate experience, opt for a personal pod for yourself and your loved one. The London Aquarium is just a short walk away from the Eye, where you can see jellyfish, seahorses, and crocodiles from around the world. 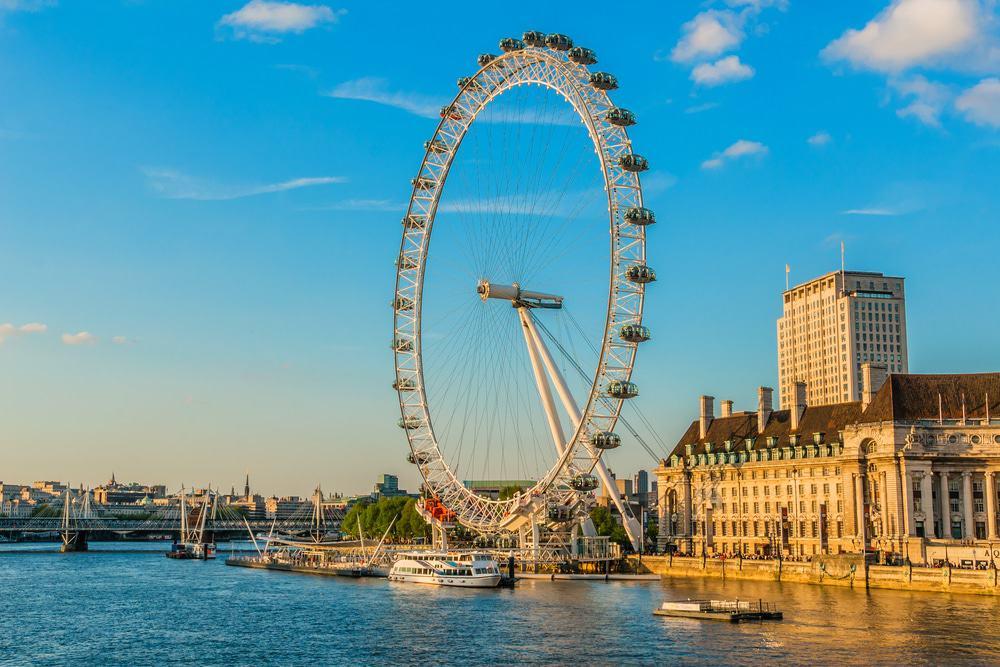 Big Ben and the House of Parliament

The 318-foot clock tower with its thunderous bell, known as Big Ben, proclaims "London" more eloquently than anything else. Big Ben is as recognizable as Tower Bridge, and even the sound of Big Ben's toll is renowned around the world as the BBC's time signal. Just a few blocks down the Thames from the Tower of London are the Houses of Parliament, which have served as the home of British government for centuries. Crossing Westminster Bridge while looking back is the greatest way to take in the view. After crossing the bridge, turn left and follow the walkway to the “SEA LIFE” London Aquarium, which is located on the other side (a fun spot to take kids). Taking a family portrait with Big Ben as the backdrop is made even better by congregating along the wall. 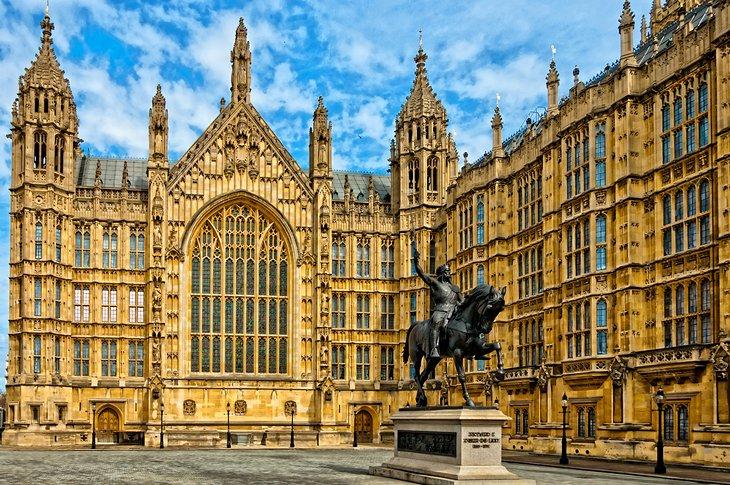 View from the Shard

There is no doubt that The Shard has become one of London's best-known icons since its opening in 2012. Soaring 1,016 feet over London's skyline and containing 95 floors, the Shard is the tallest and most opulent building in the city, but despite its impressive stature, it blends in seamlessly with nearby landmarks like Tower Bridge.

The Shard is also home to some of London's most spectacular restaurants, all of which provide breathtaking views of the city from the comfort of your own table. Indoor and outdoor viewing platforms are available on the uppermost levels for visitors who aren't staying at the hotel. 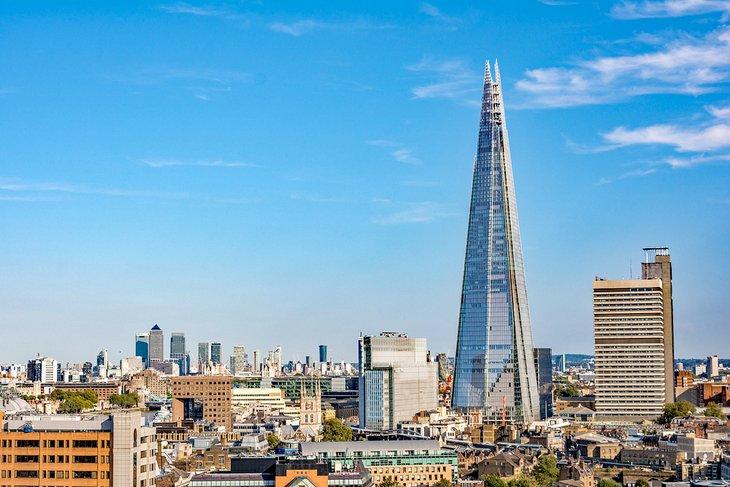 The Thames has been a vital part of London's economy for generations. At its estuary, it flows into the North Sea. From the earliest times, it has served as a major settlement hub and a key strategic location for the Romans as well as English kings.

In London, there are a variety of cruise companies who offer trips on the River Thames. Every 30 minutes, cruises depart from a number of significant places. Some cruises take place at night, allowing you to see the city's landmarks lit up, while others include a supper or afternoon tea. This is a wonderful way to see the city from a new perspective, as you travel along the Thames. 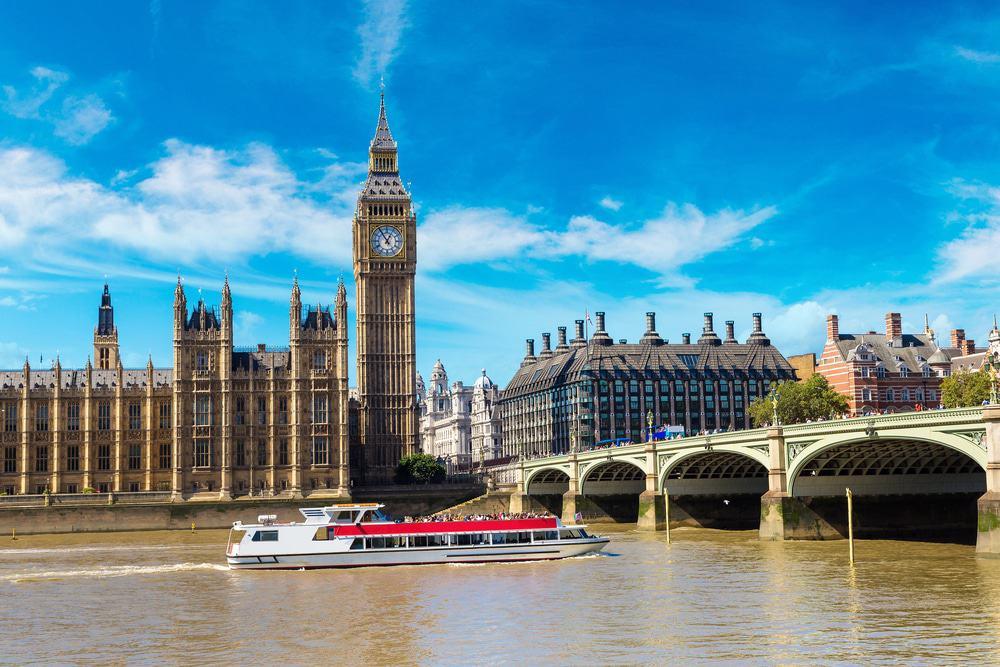 Located on the ruins of a Roman temple, St. Paul's Cathedral is London's most famous and largest church, as well as one of the most beautiful cathedrals in the world. Sir Christopher Wren was commissioned to create the new church after the original was torched during the Great Fire of London in 1666. The twin Baroque tower and awe-inspiring 365-foot domes of St. Paul's today are an English architectural marvel. A must-do in London is to stroll the dome's inner stairs, which provide breathtaking views of the Whispering Gallery and the rest of the interior for visitors visiting this marvelous site. 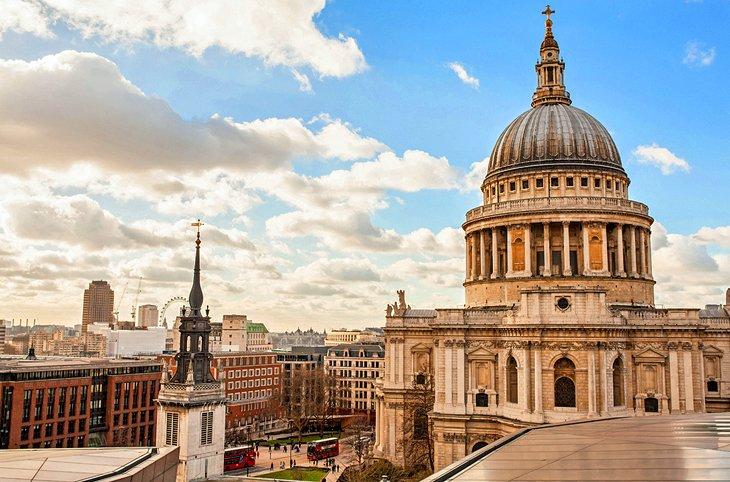 There are far more than 13 million ancient objects at the British Museum, making it one of the best antiquities collections in the world. It's difficult to know where to begin at this vast attraction, which has magnificent artefacts from China, Europe, Babylonia, Assyria, and other places. You can buy books about ancient history, archaeology, and art history in the on-site bookstore, as well as toys and souvenirs for children. The museum has a range of lectures and seminars, as well as a cafe and restaurant, for those who want to linger for a bit longer. 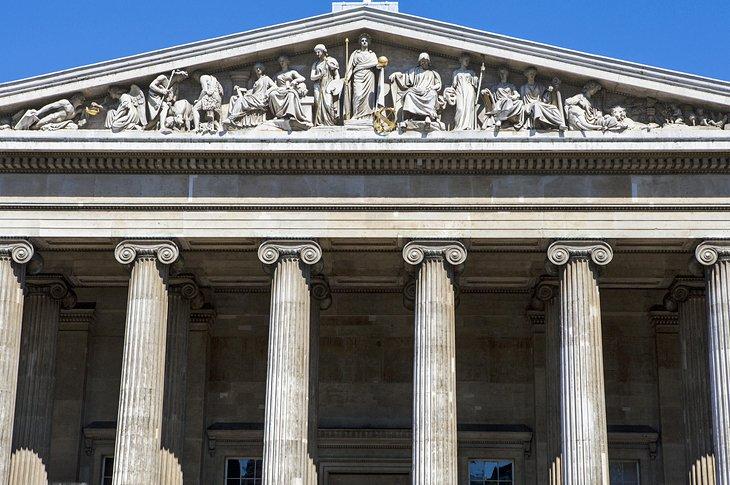 Our multilingual guided London Sightseeing Tours at Voxcity are a great way to explore the city's most popular attractions. An old favorite among tourists and locals alike, this tour package covers all the major landmarks in a single trip and is well-liked for a variety of reasons. First-time visitors to London will find this an excellent way of spending a day getting acquainted with the city.

It can be difficult to decide where to begin one's exploration of London because there is so much to see or do. In addition, the city is well-known for its high cost of living. The greatest locations to see in London are listed here so that you may catch the highlights and keep costs in check during your city holiday. Make the most of your stay in London by checking off the must-see items on this list of the city's best attractions.