Though it was in the United States that the Halloween celebration first began, the French capital of Paris still celebrates the holiday with gusto every year. Unlike All Saints Day on November 1st, which is widely observed in France, Halloween is not a national holiday there. You can see people in sorrow at Paris cemeteries like Pere Lachaise, Montparnasse, and Montmartre on this day. It is also customary to adorn graves with floral arrangements and candles. However, as the world becomes more interconnected, American-style Halloween is also gaining popularity in Paris, with many exciting tours, thrilling experiences, bar crawls, and costume parties taking place all over the city.

Every year, more and more Parisians get into the Halloween spirit, spreading the holiday's enchantment across the city. And now is a time when there is a lot for families to do together. Thrill-seekers and others looking to be startled are encouraged to explore new places and activities; they're guaranteed to get the chills. Many French people view Halloween as a commercialized American holiday, but if you happen to be there on October 31 and are searching for something to do, there are a number of Paris-based events and activities you may participate in that are centered on the festival.

The storefronts of Parisian boutiques won't be decked out in glitzy orange and black decorations for Halloween, and you won't see carved pumpkins on every street corner. However, the city of Paris never fails to deliver on the scary front, with plenty of opportunities to get in touch with the holiday's spooky spirit and enjoy a night out in the town. There are plenty of spooky ways to celebrate Halloween in Paris, from haunted houses and underground tours to marathons of scary movies, if you know where to search. From the demons on Notre Dame Cathedral to famous Parisian ghosts, you'll discover the murders, crimes, and haunted places that shaped Paris history on our Vox City guided tours or sightseeing packages. In addition, you can start using our special navigation features right away to make self-guiding a breeze. We've included a ton of suggested walking routes so you can find the scariest Halloween activities in your area without asking anyone for advice.

When it comes to Halloween festivities, there is no place better than Disneyland Paris. Popular Disney villains like Cruella de Vil and Maleficent play starring roles during Halloween at Disneyland Paris. The park will also have other eerie attractions, such as the Phantom Manor and wonderful family-friendly Halloween-themed entertainment. 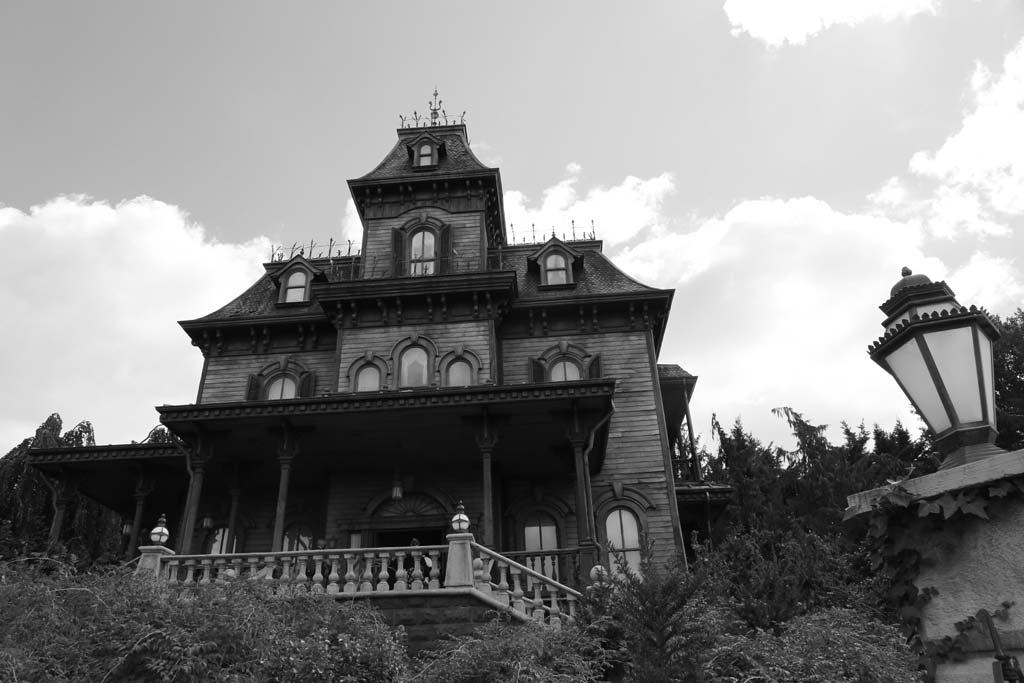 During the Halloween season, Disneyland Paris puts on its greatest and brightest display of decorations. From the end of September to the beginning of November, the amusement park is taken over by ghosts, pumpkins, and bad guys. Gather 'round, Disney horror fans, and introduce yourself to Maleficent, Jafar, Captain Hook, and the sea witch Ursula. Get a load of Mickey's slick antics as he takes center stage on a stunning new float at this year's Halloween Cavalcade. The most visited attractions at the moment are a holiday show featuring Disney villains, the newly renovated Phantom Manor, and the three floors of The Twilight Zone Tower of Terror. A Halloween night spent trick-or-treating in the park and being surprised by a cast of characters is guaranteed to be an unforgettable event.

When you think about haunted houses in Paris, the first thing that probably comes to mind is not Le Manoir de Paris. The building, located in the 10th arrondissement, was once a ceramics factory before being renovated into an interactive haunted house. There are actors dressed up as the Phantom of the Opera, the Assassins in the Cabaret, and the Hunchback of Notre Dame, all of whom "haunt" the venue. 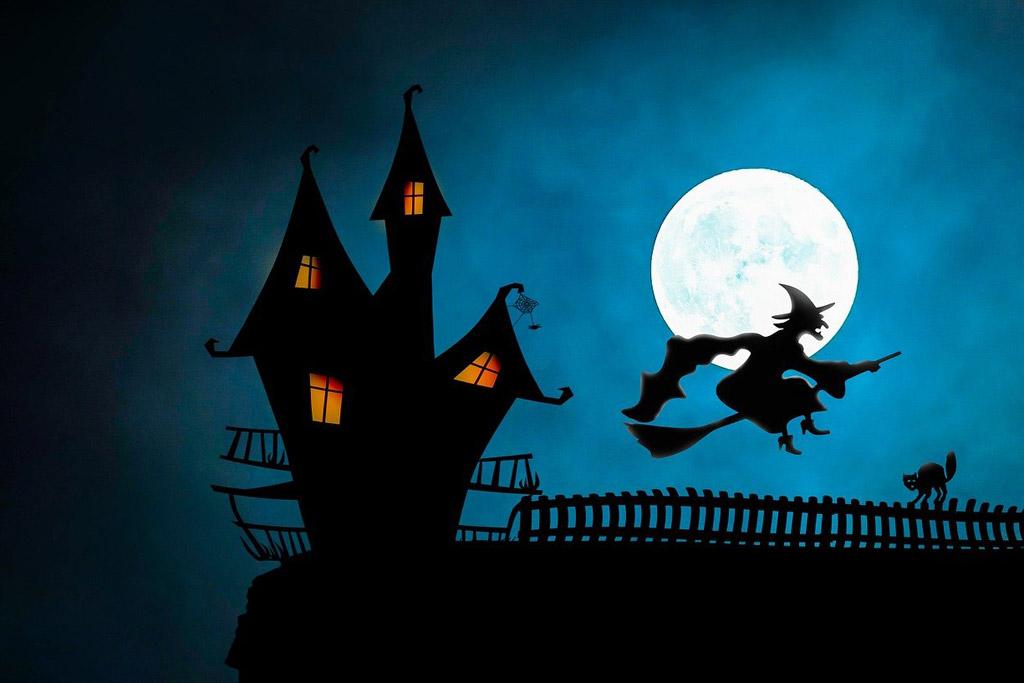 Everything is as terrifying as possible without being over the top: The whole family will enjoy themselves at Le Manoir de Paris, but those easily frightened should look elsewhere. Every year, Paris gets a little more into the Halloween spirit, making the streets a more family-friendly place to celebrate the holiday. Adventurers looking for a thrill should not shy away from trying new things, since they will undoubtedly be put on edge. Our Vox City guided tours and sightseeing packages will take you to the sites of the murders, crimes, and hauntings that moulded Parisian history, from the demons on Notre Dame Cathedral to the most famous Parisian ghosts. 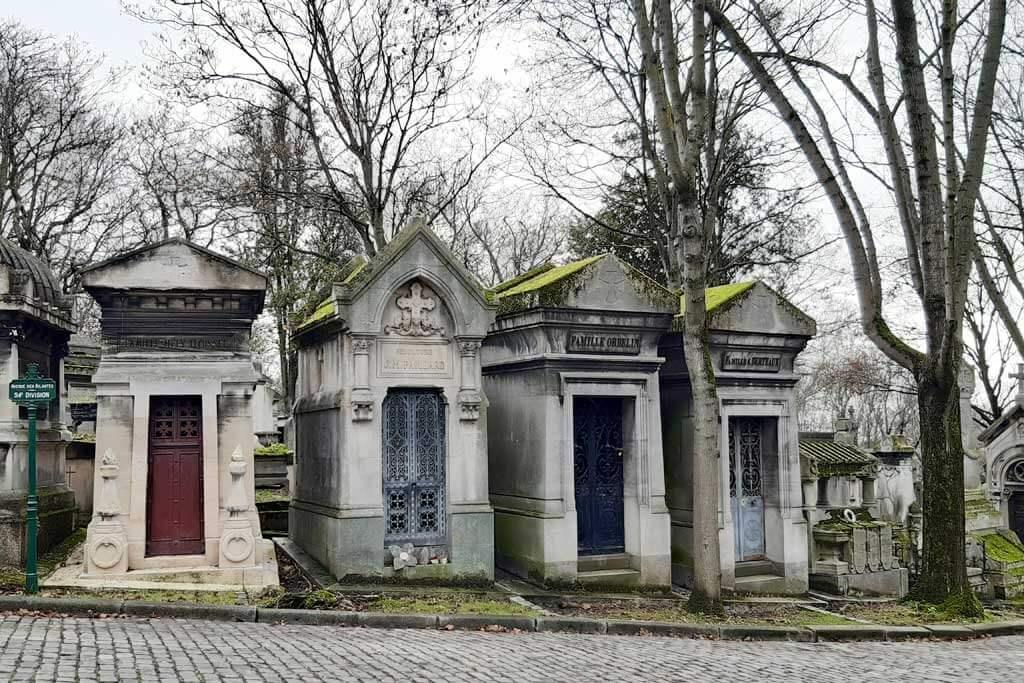 Visit the graves of renowned creatives and historical people with the help of Vox City's self-guided tour. You may perhaps go there yourself to learn about an aspect of Paris that has remained mostly untouched by the passage of time. The cemetery's picturesque cobblestone pathways and ornate graves make visitors think of great people like Jim Morrison, Oscar Wilde, and Maria Callas, among others.

A trip to the Catacombs in Paris, which are particularly well-known, is a fun way to get into the Halloween spirit. For centuries, beginning in the late 18th century, millions of Parisians have been buried beneath the city. In 1785, the authorities of Paris decided to move the remains of the dead from the city's cemeteries to the Catacombs for concerns of public hygiene. 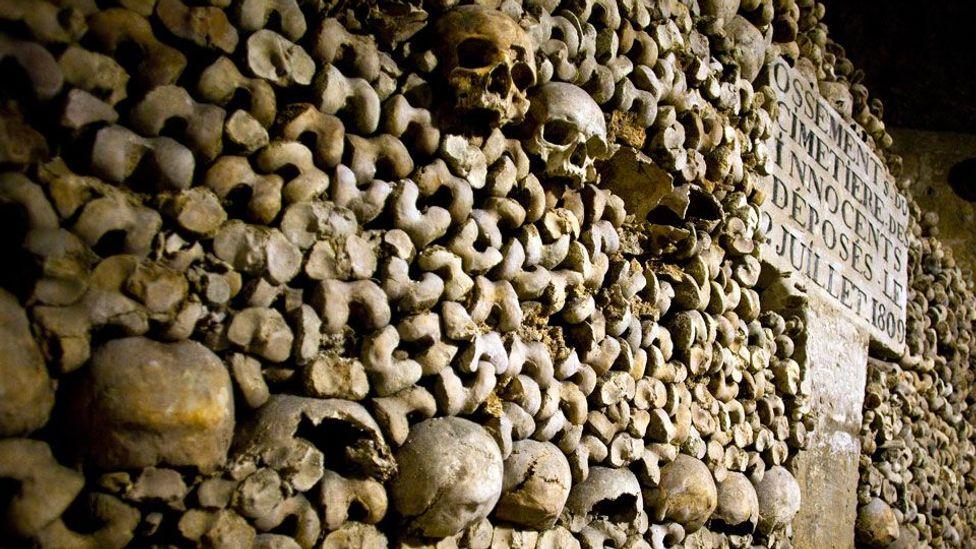 A large number of people visit the Catacombs of Paris each year, making them the city's most popular underground attraction. Just 200 people at a time are allowed into the Catacombs. Once inside, you'll have to make your way down 130 twisting steps into some really dark and eerie quarries. Spend Halloween by exploring the cemetery and walking among the skeletons.

Enjoy discovering the spookiest places with a digital city guide of Paris and a special audio tour focusing on Catacombs of Paris; one of the capital's most scariest landmarks.

Discover the history of the terrifying creatures that lurk in your nightmares and gain a fresh understanding of these spectral creatures on one of Vox City's tours. As an added bonus, at Halloween festivities held all throughout the streets of Paris, you can witness ghost animals, study some truly terrifying spiders, and watch the big cats being fed. In our guided Paris city tours, we show you the best of both Parisian worlds so that you get a true sense of what this sumptuous city is all about and where terrifying animations await young and old children to shiver in their company.

We take you to the heart of the city by visiting its most fascinating districts on one of our guided excursions. You can take part in guided tours, storytelling sessions, an exhibition and a treasure hunt to overcome your fear and learn the facts about haunted animals, about which there are all kinds of spooky superstitions.