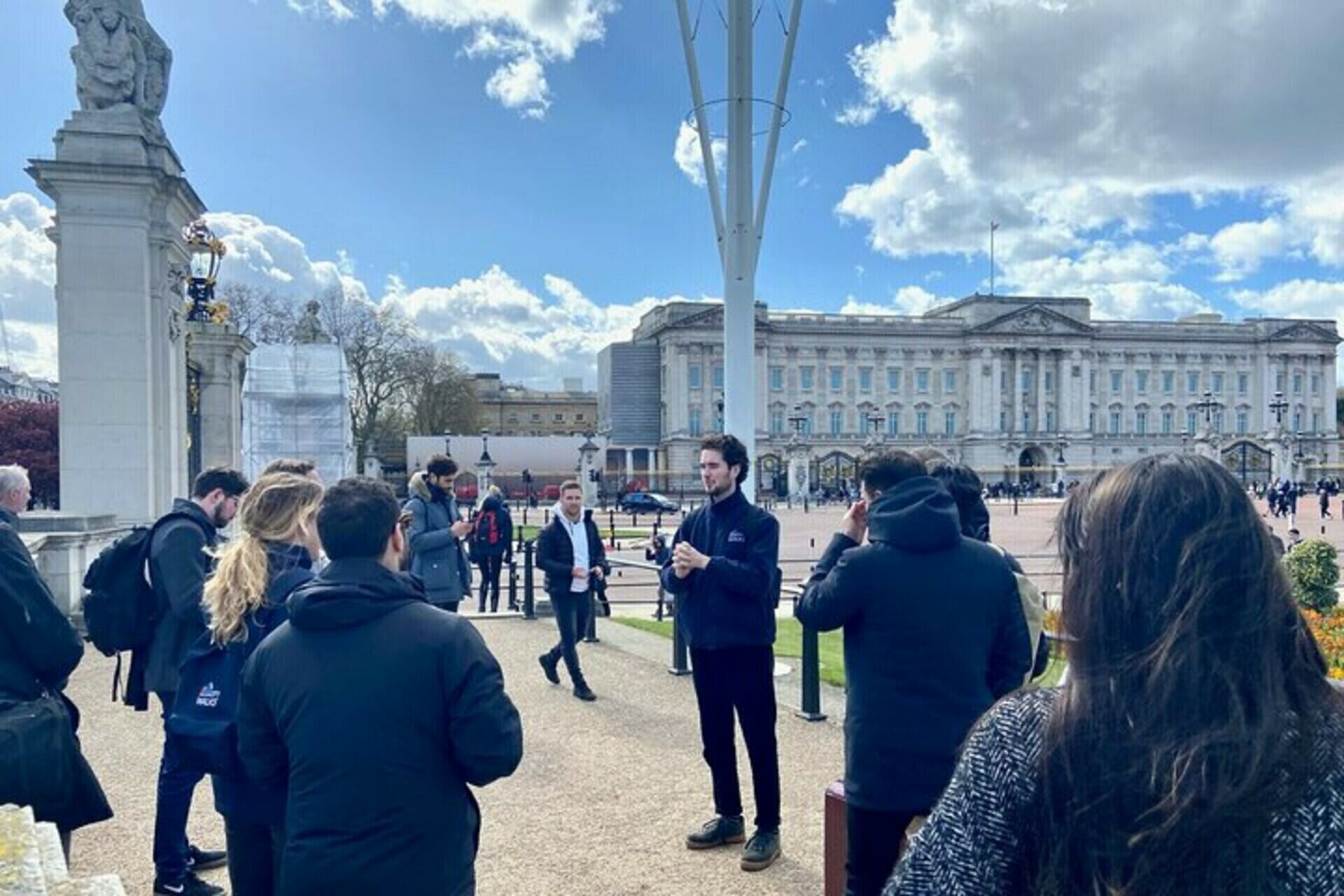 Take in the culture of the city with this tour through some of London's most popular spots. Visit the royals at Buckingham Palace and explore the West End of London. Use the free app to take advantage of bonus self-guided walking routes after your guided tour.
As you leave Parliament Square, your guide will introduce you to the whimsical Westminster Abbey. Admire its striking facade and enjoy hearing about the iconic royal weddings and coronations that have taken place here.
The tour continues along St. James Park, London's oldest royal park, to the Buckingham Palace. Have your camera at the ready as you stand outside the world's most treasured royal residence. From here, sing and dance your way through the West End.
Pass some of London's oldest venues, including the Piccadilly, Sondheim, and Apollo, that have been home to some of the most popular theater shows. The West End is known for its dining and nightlife scene, so remember to ask your tour guide for some recommendations.

London is such a multifaceted city that there’s always something else to be explored. Use the free app included in your tour to discover more self-guided routes in and around this cool capital city like "Parks and Palaces," "Best of Soho," and "Tower and Thames."

⚬ The Vox City App is included in your ticket, use it to track your guide and book your spot on the tours
⚬ Guided tours depart from 10h00 at the main meeting point: Trafalgar Square, next to the empty 4th Plinth, opposite Canada House and near the entrance to the National Gallery. Look for your Vox City Walks guide holding a blue umbrella.
⚬ Using the Vox City App, discover the rest of London with our 9 self-guided routes included in the price
⚬ Tours operate from Tuesday to Saturday