Places and things not to miss when visiting Paris

Places and things not to miss when visiting Paris

Many people have aspired to travel to Paris because it is such an incredible city. In case you're planning a trip to the beautiful city of Paris, you might be thinking which sights you shouldn't miss. For this reason, we have compiled this article to help you plan your trip to Paris and ensure you don't miss any of the city's best sights! Among the world's great metropolises, Paris ranks high on our list of must-see destinations. All of the fresh information you gain from learning about their history, culture, and way of life will be intriguing. The revolutionary spirit of the Parisians is evident in the city's various points of interest. Walking around the city and taking in everything from ancient monuments to cutting-edge structures is guaranteed to spark new ideas.

Paris is known for its alluring charms, and for legitimate reason. It is the most gorgeous, trendy, and self-assured city in the world, and its famed restaurant scene and charming sidewalk cafes are just the icing on the cake. When you're crammed in with other tourists at yet another pricey restaurant, you might start to wonder why Paris that so many visitors talk about is so hard to find. A trip to Paris can be a disaster if you don't know what rookie errors to watch out for. We created a list for you of what not to miss in Paris and what to do instead.

When people think of Paris, the Eiffel Tower is usually the first thing that comes to mind. At 1,063 feet (324 meters) in height, this famous monument offers a breathtaking panorama of the city of Paris. 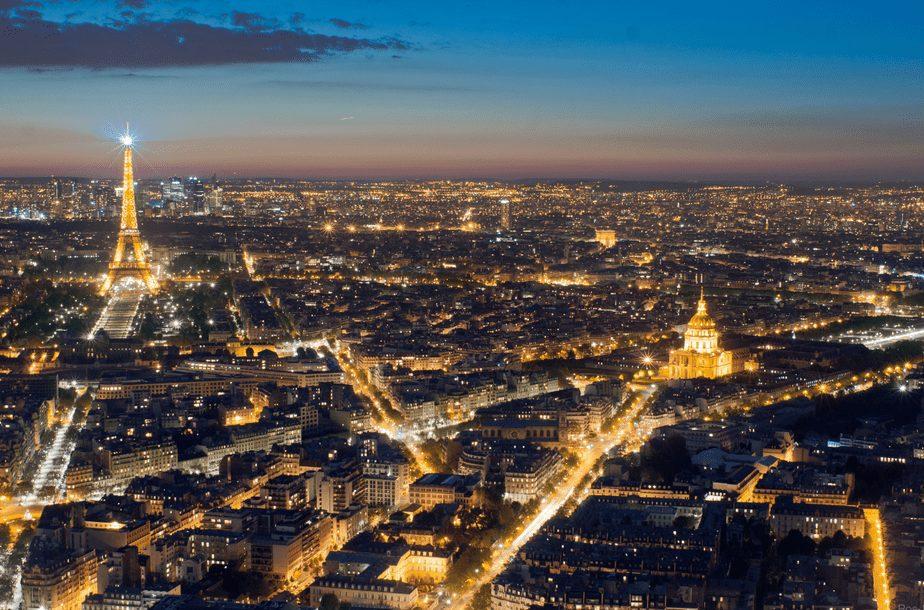 Latin Quarter bistros and bookstores cater to the area's vibrant student population because of the proximity of the area's many prestigious educational institutions. This includes the Sorbonne University, which has produced more than 30 recipients of the Nobel Prize and the Fields Medal. Seeing the Iron Lady is now a must on each tourist's list of things to do in Paris. Why not ascend to the tower's pinnacle for a breathtaking panorama of the metropolis below? Paris spreads out below you as you soar 300 meters above ground and you can make out all of the city's landmarks. But if that's not your thing, you can always have a traditional Parisian picnic on the Champs de Mars and watch the Eiffel Tower light up as the sun goes down (after dark, the tower sparkles on the hour for five minutes until 1AM).

Among the many things to do in Paris, a trip to the Louvre Museum is an absolute must. If you're looking for a large museum, go no further than the Louvre. It's the largest museum in all of Paris! It is a former royal palace that once stood in the heart of Paris on the right bank of the Seine. It is also located on the Axe historique, which in English is called the Voie Triomphale (literally, "triumphal way"). 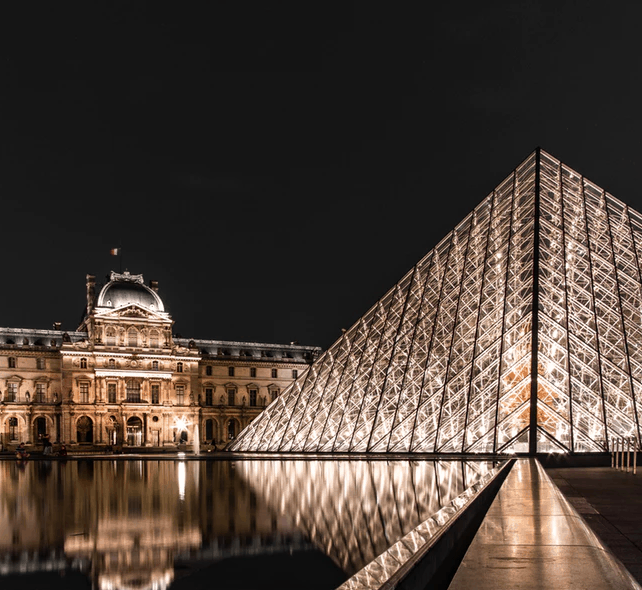 Photo by Michael Fussairt on Unsplash

A series of monuments are known as the Voie Triomphale. The Louvre Museum is situated in close proximity to major Parisian sites like Concorde Square and the Arc de Triomphe. Vox City's self-guided tour of the Louvre, which has audio commentary on 10 must-see works of art, is highly recommended if you're interested in learning more about the louvre and its history. Self-guided audio tours like this one may be accessed via a mobile app, allowing users complete freedom of movement while exploring the Louvre at their own pace.

On the left side of the Seine in Paris stands the Orsay Museum. The museum's primary holdings include works of western art from the years 1848 to 1914. Pieces by Van Gogh, Monet, and Degas, among others, can be found in the museums' collections. The Orsay Museum first opened in 1898 as a train station before it was transformed into a museum in 1986. This museum is a must-see for every admirer of the Impressionist era of art. 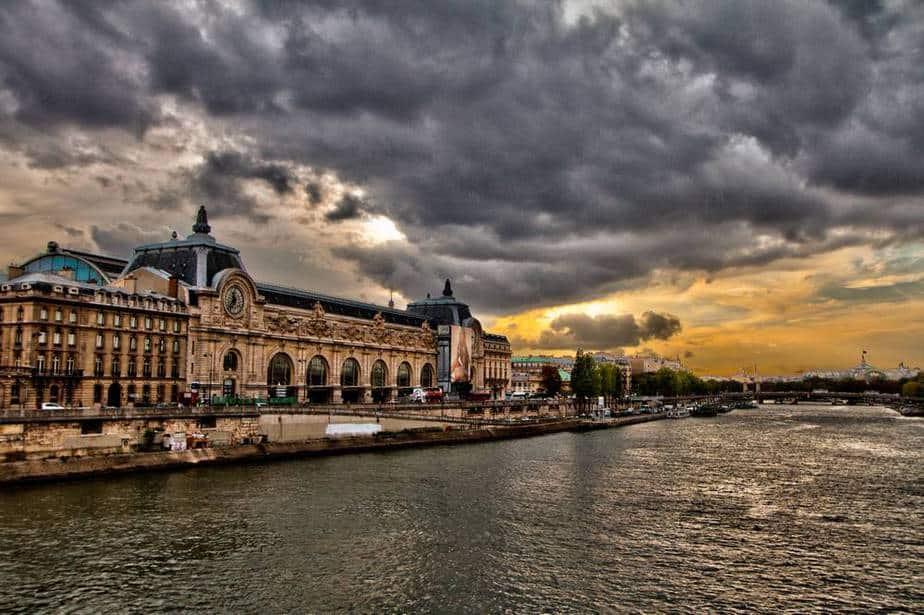 Self-guided audio tours of the Musée d'Orsay are available via Vox City. The wonderful collection of French art at the Musee D'Orsay can be better understood through this trip. Gare d'Orsay, a former railway station, now serves as a museum with a wide variety of fascinating exhibits and breathtaking Beaux-Arts architecture. The museum features French artwork from 1849 to 1914, including paintings, sculptures, and photographs. It is necessary to purchase the entrance ticket to the Orsay Museum separately as it is not included.

The Cathedral of Notre Dame de Paris can be found on City Island. Even if the devastating fire that occurred in April 2019 was a tragedy for all Parisians, the beauty and majesty of the cathedral may still be appreciated up close. The cathedral's Gothic design ensures that it remains among France's most recognisable landmarks. 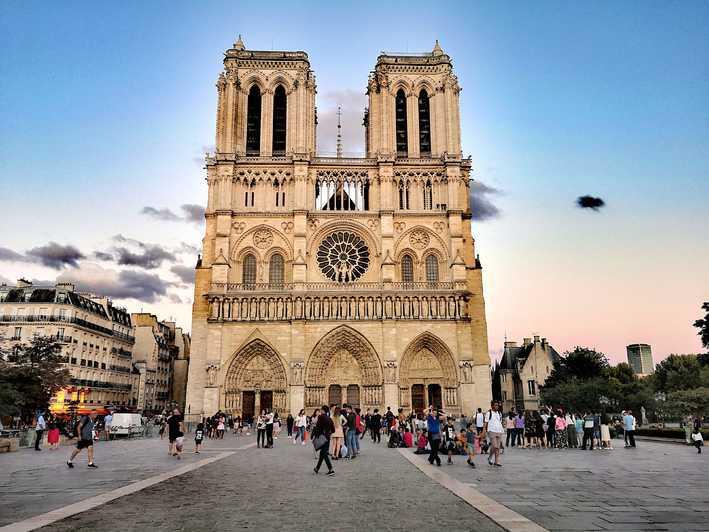 Learn about Notre Dame Cathedral by listening to an audio guide provided by Vox City. In this tour, you may learn about the fascinating past of the mediaeval Catholic church, which has been standing since 1163. Notre-Dame is the largest and best preserved Gothic cathedral from the Middle Ages, and its beautiful architecture, grandeur, and age make it the most visited tourist attraction in the world. The 2019 fire at Notre Dame Cathedral startled the globe, and it didn't take long for millions of pounds' worth of donations to flood in so that the cathedral's distinctive spire and its historic structure could once again rise above the city of Paris.

First, it's important to learn about the Tuileries Palace, which is close to the Louvre and was commissioned by Queen Catherine de Médicis. Seeing that she was going to be residing there, she was also keen on having a beautiful garden to stroll through on her free time. Henri IV, Louis XIV, and Louis XVI were just a few of the kings who called it home. However, it was destroyed by fire in 1871. The Tuileries Garden, however, survived. André Le Nôtre, who also created the garden at the Palace of Versailles, was credited for its layout. 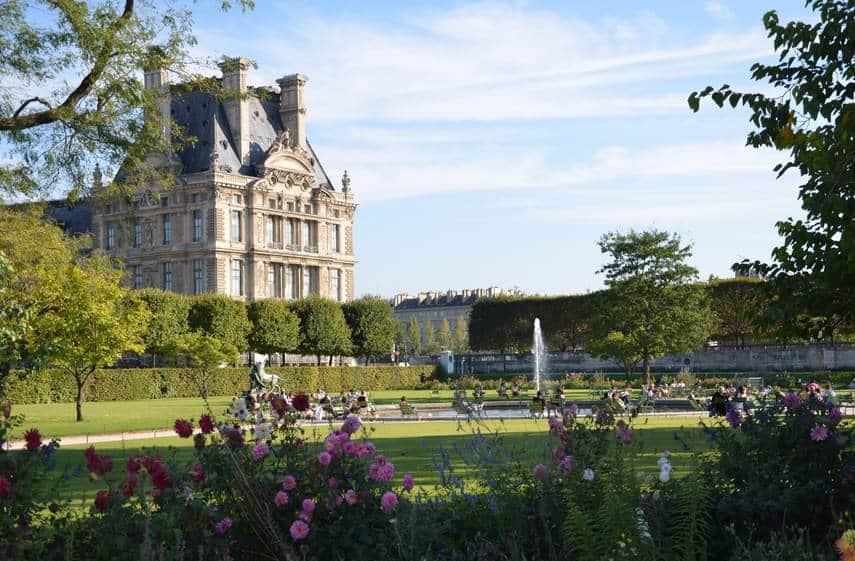 Also, you can discover more about this place by taking a self-guided audio tour of Paris, which includes Tuileries Garden as its itinerary along with many other breathtaking places.

At the start of the Champs Elysees Avenue, the Arc de Triomphe is magnificently displayed. The day after Napoleon's victory at Austerlitz, he promised his soldiers that they would return home while travelling beneath arcs of triumph. The Arc de Triomphe was built per Napoleon's orders, but he died before he could see it completed. The construction of the Arc de Triomphe, which began in 1806, was completed in 1836 under the reign of King Louis Philippe to honour the combined efforts of the Imperial and Revolutionary forces.

Whether it's Bastille Day on the 14th of July or a national soccer team victory, this landmark is always there to join the nation in celebrating. Furthermore, as you approach this famous monument and explore it on your own from Vox City, you will find yourself immersed in the city's culture and history.

Vox City's unique navigation features, which include a plethora of suggested walking routes, also make self-guiding a breeze. Nearing the city's most famous landmarks—the Eiffel Tower, the Louvre, Notre Dame, and the Arc de Triomphe—you'll feel yourself immersed in the city's rich history and culture.

Take breaks whenever you like, listen to your audio commentary to learn about the must-see sights, and customize your trip to your preferences.