Spending 24 Hours in Oslo (Best things to do)

Spending 24 Hours in Oslo (Best things to do)

Oslo, Norway's capital city, has turned from a dismal metropolis to an exciting and bustling metropolis that is getting more and more popular. There are numerous world-class cultural attractions in the capital city of Norway, which makes it a great site to begin your explorations of the country. Taking advantage of its mountain-to-sea setting, Oslo offers a diverse range of activities, from world-class museums to cutting-edge restaurants, as well as a burgeoning culture scene and all things Scandi. Oslo is at the cutting edge of both ancient and contemporary trends, but it nonetheless maintains a lovely demeanor. That's the Norwegian way of doing things, actually, and doing it all without a care in the world while maintaining a friendly countenance. So, prepare to become infatuated with Oslo, a fun, small, dynamic, and creative city.

The fjord lies in Oslo's backyard, and you're never more than a bus ride from undeveloped woodland and hiking paths by the water and mountains. This proximity to nature is a major factor in Oslo's great quality of life. Oslo, is well situated for a weekend getaway in the country's southern region. Because there are so many exciting things to do in Oslo, it's ideal for weekend getaways. A weekend vacation to Oslo, however, frequently necessitates some forward planning. Even while you may not be able to squeeze all of your favorite activities into your calendar, you can certainly prioritize them. For a day trip to Oslo, we've compiled a list of our top picks for things to do.

The Vigeland Sculpture Park honors Norwegian artist Gustav Vigeland with a collection of his sculptures. Located in the Frogner Park, Oslo's largest park, it is tucked away in a quiet corner of the city. It's worth noting that more than 200 of Vigeland's sculptures may be found in the park that he designed himself. The park's Human Condition theme is reflected in all of the statues, which depict relationships among men and women, children and adults. 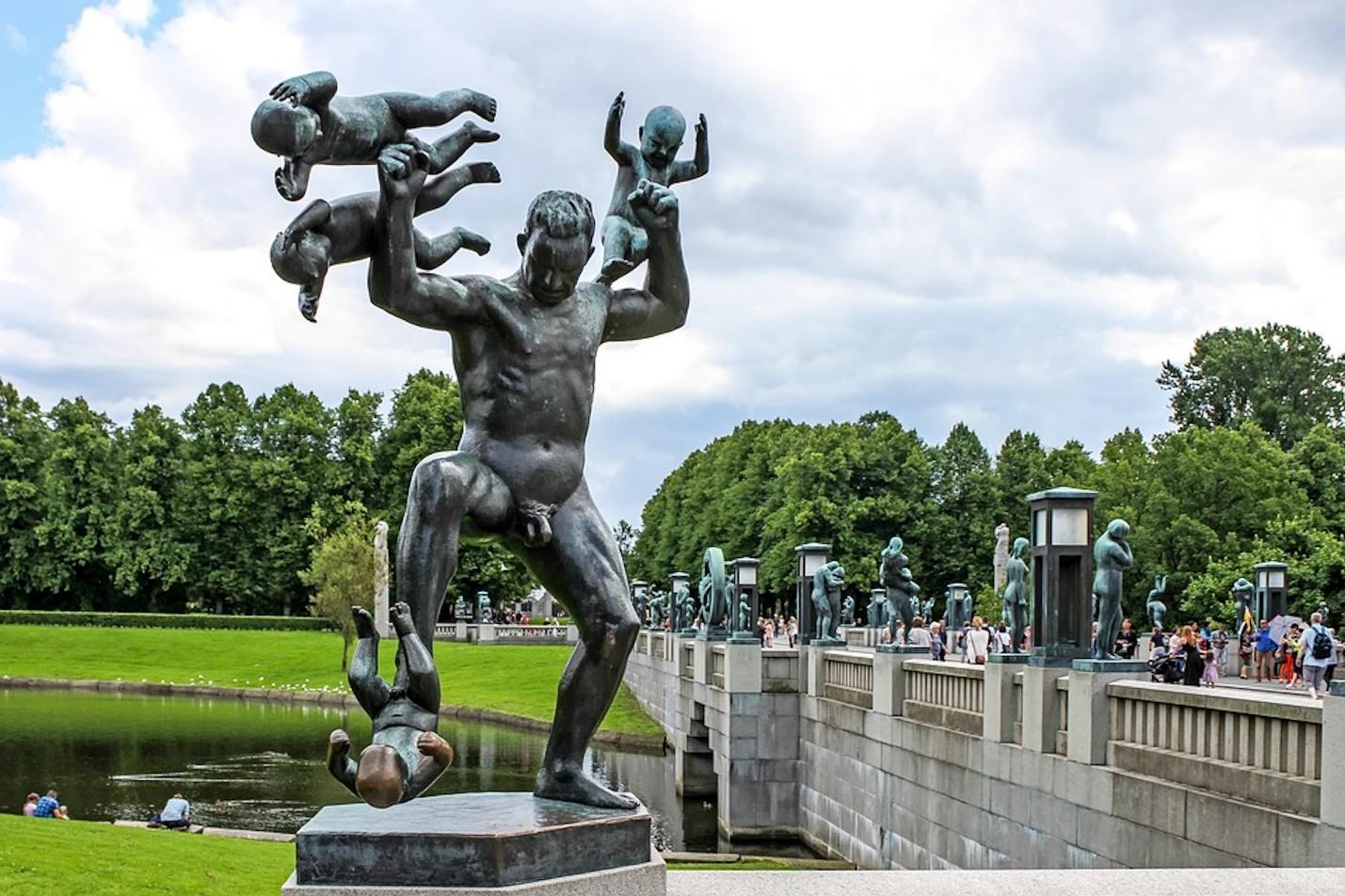 The statue of 'The Angry Boy' is one of the highly renowned sculptures. The statue is constructed of bronze and has a traditional green patina on it. Since people keep caressing the Angry Boy's hand, the patina has worn away, leaving the statue with a gold-colored hand. The park's centerpiece is the soaring monolith. The 121 linked figures in this highly symbolic artwork are designed to depict humanity's struggle. It took 14 years to chisel the monolith, which was made from a single piece of granite. Also, you can take our Vox City walking tour of Oslo which will ride you to the city's most notable sites, museums, and dining establishments.

This 13th-century stronghold, constructed to keep the city of Oslo safe from invading armies, offers a glimpse into Oslo's past. This is a beautiful place to visit because it includes a Renaissance castle that served as the abode of numerous kings and queens, but it is no longer a royal palace. On a beautiful summer day, the views of the Oslo Fjord are simply unmatched from this vantage point. 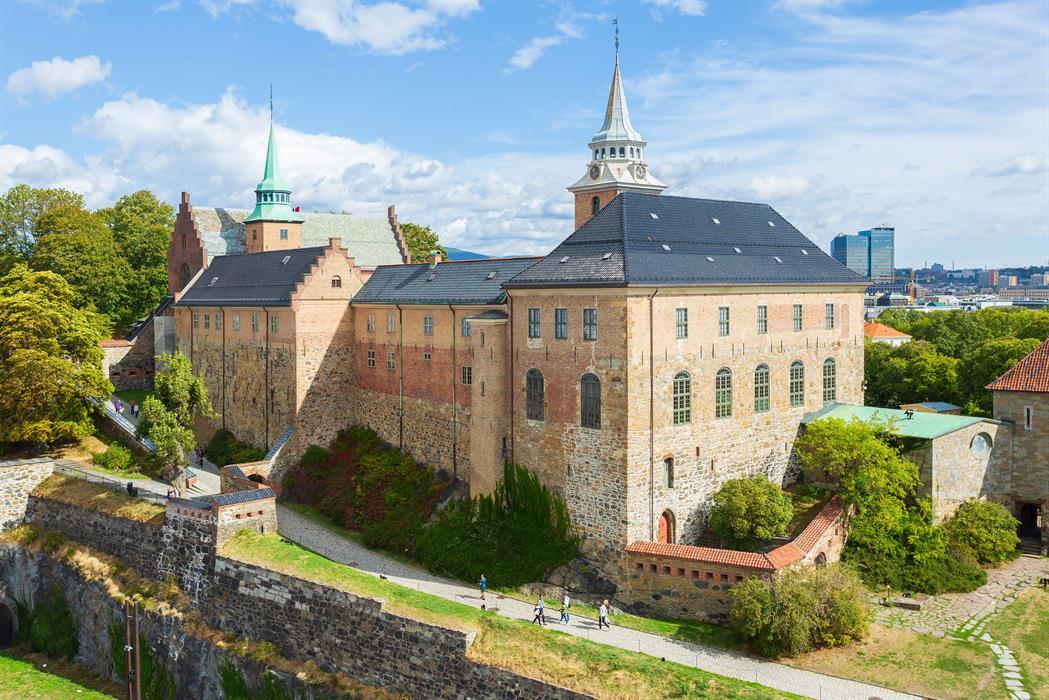 You can take a combo package from Vox City which includes two walking tours and a hop-on hop-off bus trip, all for one low price. Pass holders will also be given an evening walking tour of the trendy Aker Brygge neighborhood to introduce them to Oslo's hippest bars and modern art scene.

The Viking Ship Museum, located in the city's Bygdy neighborhood, is a must-see for anybody with even a passing interest in Viking history. A remarkable collection of Viking ships, including the Oseberg, Gokstad (my personal favorite), and the Tune, can be found within. 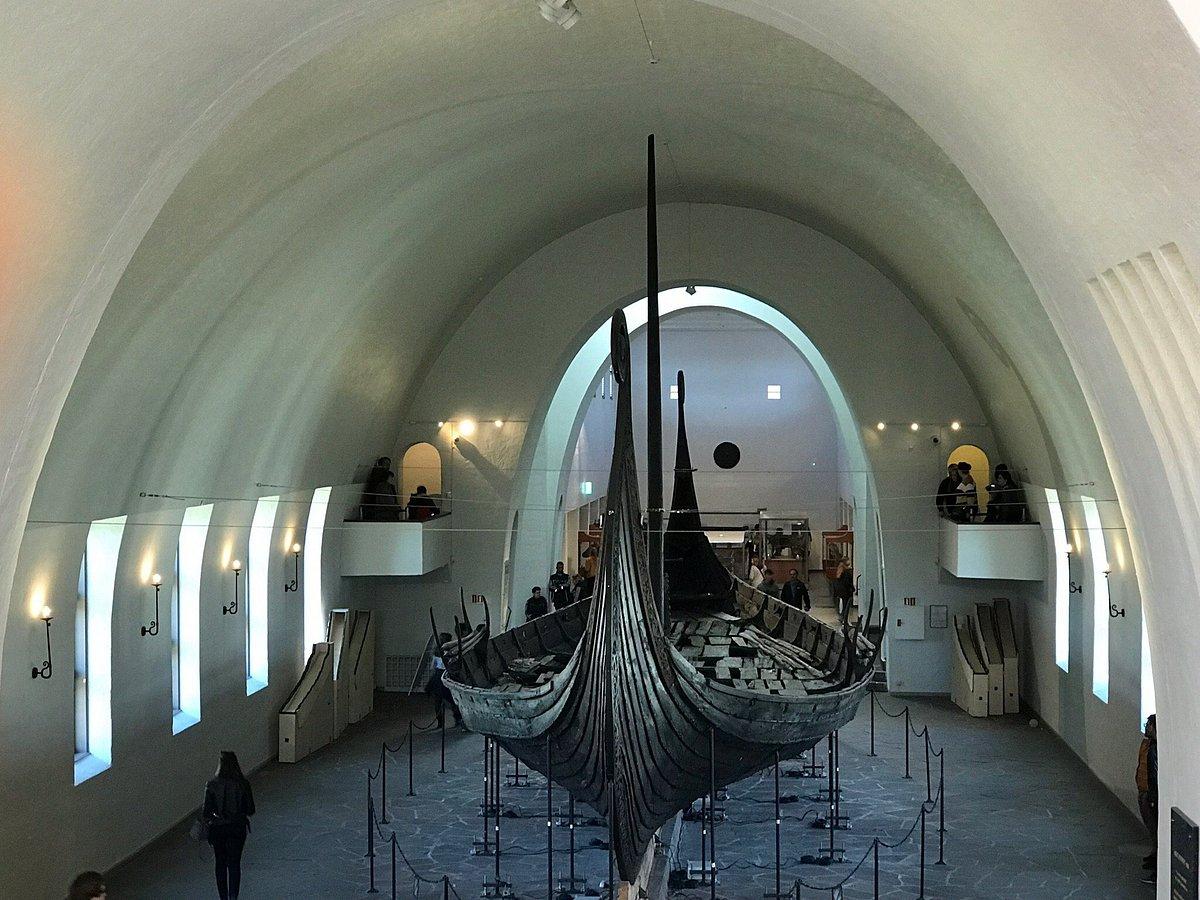 On our day and night tours from Vox City, you may learn about Oslo's rich past. Get the most out of your vacation by taking advantage of our three-day pass. Historically, the port of Oslo has had a long and distinguished history as a major trading hub in Europe. While the Vikings have long since vanished, the city's marine roots remain strong. Oslo city guides will give you a unique perspective on what makes this Scandinavian city so exceptional.

The Oslo Cathedral is a great place to rest your feet after a long day of exploring Oslo. The cathedral, on the other hand, is a much older structure (but has been renovated a good few times). Look up at the lovely ceiling paintings by H.L.Mohr while you're in the building. They're unique in every way. After all that exploration, you'll be starving, so stop by Campo de Fiori for some of Oslo's best Italian cuisine. 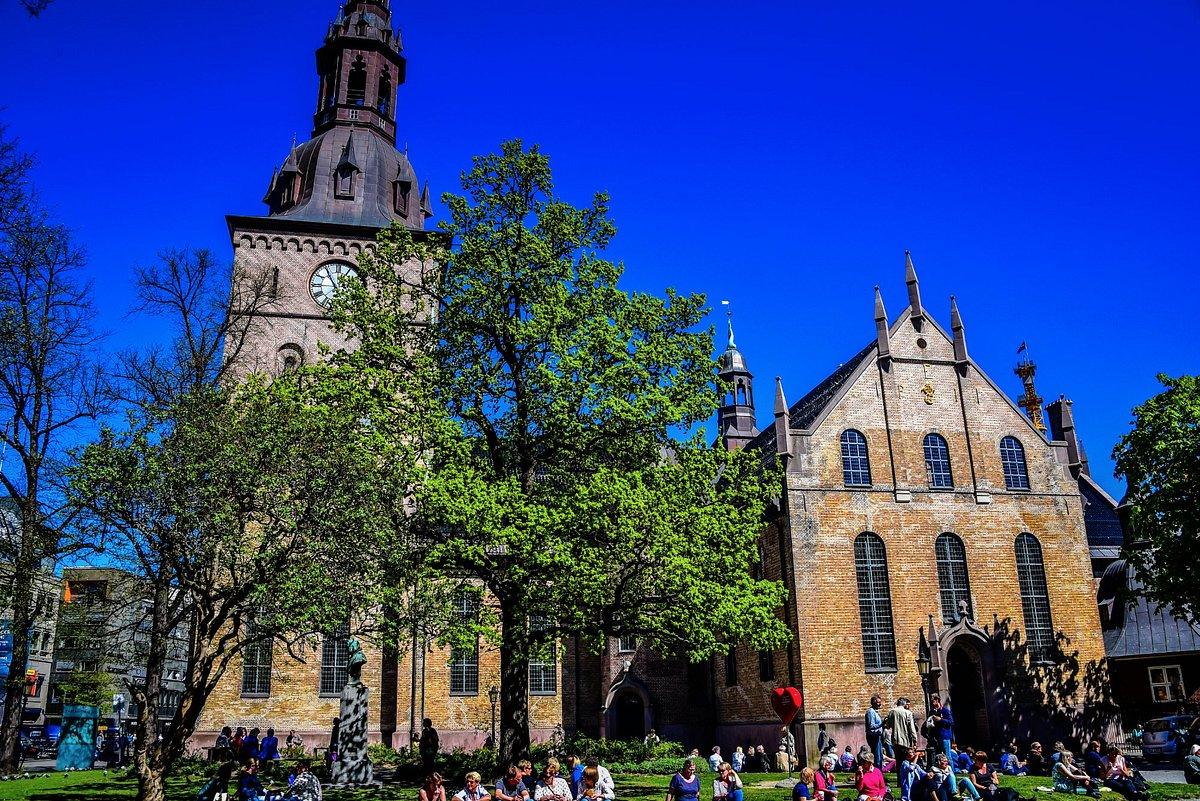 The museum houses the famed "Kon Tiki," a handmade balsa wood raft that Thor Heyerdahl used in 1947, as well as some of his other crafts and Easter Island artifacts. The museum is dedicated to Heyerdahl's sea exploits. However, if you aren't familiar with the work of Nobel Laureate Thor Heyerdahl this is an excellent place to come. Freddy Fuego is a great place to grab a bite to eat afterward. It's hard to find a better burrito in Oslo than the ones served here. You can't go wrong with this simple dish since it's wonderful. 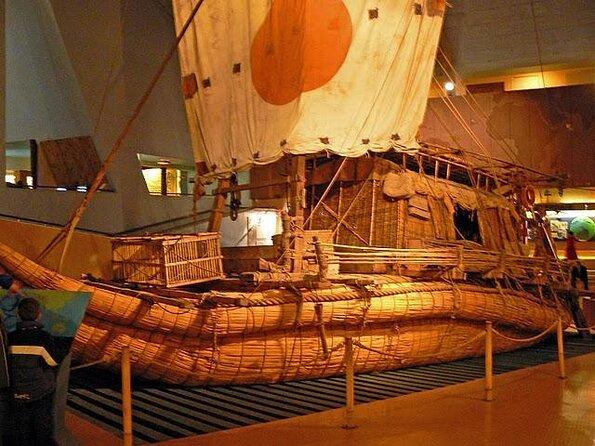 Whenever you're ready, embark on a sightseeing bus tour from Vox City and take in the breathtaking views from the open-top deck! The Kon-Tiki, Munch, and Cultural History museums, as well as others, are all worth a visit as you make your way to Oslo's beautiful waterfront. For 24 hours, you'll be able to hop on and off as many times as you like, letting you to see all of Oslo's most popular areas.

Aker Brygge, a posh waterfront neighborhood, is the perfect place to end your one-day visit to Oslo. It has seen a dramatic makeover from a dingy industrial area to a thriving entertainment district with pubs, restaurants, and shops. Some of the city's top restaurants and cafes can also be found here, making it an ideal location for tourists. Aker Brygge is a popular hangout for Oslo residents in the evenings and on the weekends, and serves as a recreational area for the city's residents. Get some fresh air and a treat along the sea by strolling through the promenade. 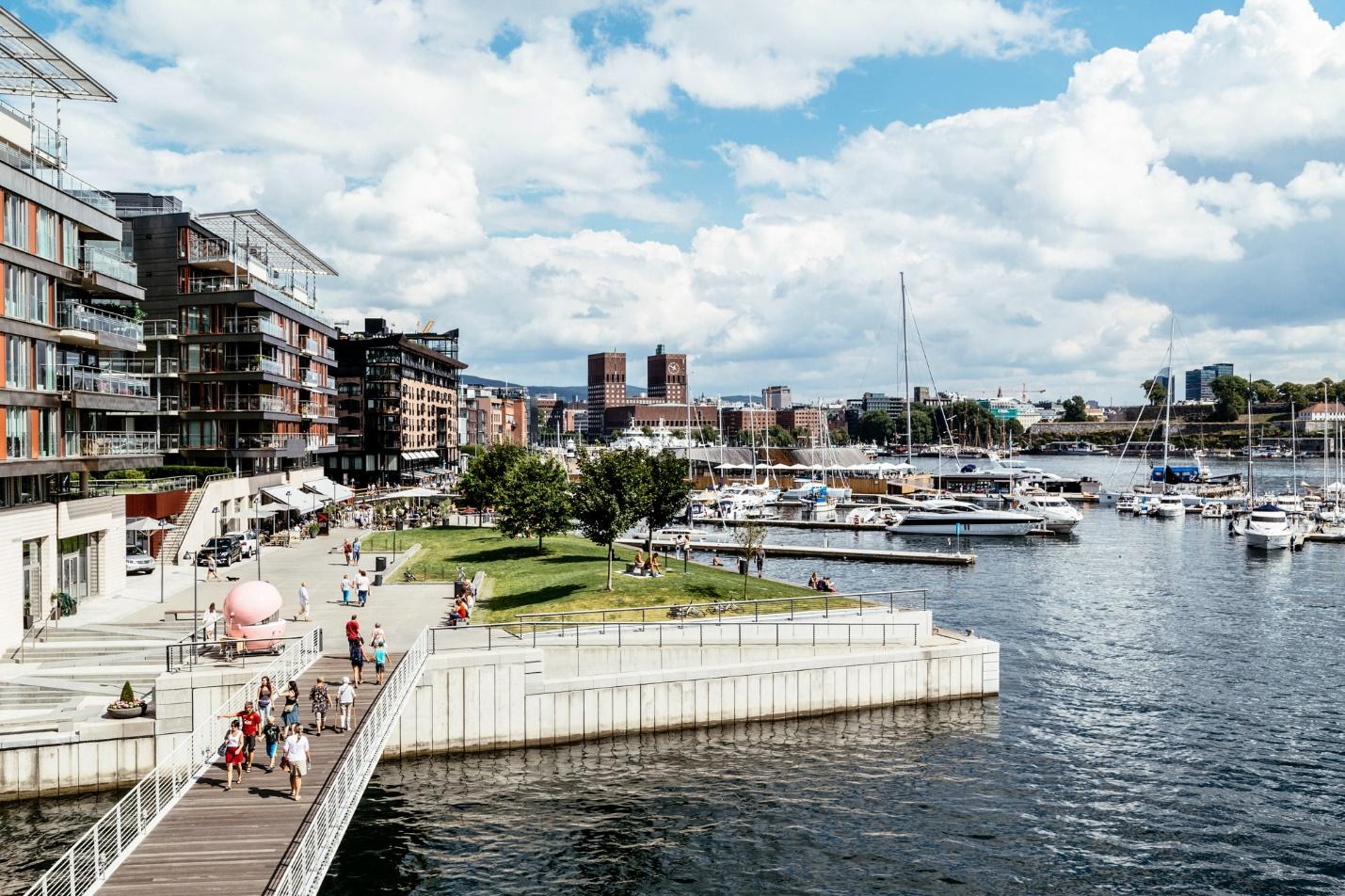 Grab a bite to eat at one of the numerous restaurants in the area! Aker Brygge not only has the ideal vantage point for people-watching, but it also provides breathtaking views of Akershus Fortress. After that, you can join our nighttime tour from Vox City to learn about Oslo's hottest hangouts and the city's fascinating contemporary art culture in the stylish Aker Brygge district. You can also visit Tjuvholmen, a new neighborhood just across the bridge, which has a similar saga to Aker Brygge's. This area is also home to some of the most opulent examples of modern architecture in the world, as well as numerous high-priced luxury condos.

By purchasing a pass from Vox City, you will be able to walk about Oslo and Bergen, two of Norway's most fascinating cities! First, learn about Oslo from your guide, who will take you to the city's most prominent museums, parks, and waterfront. With your Oslo Pass, you have access to two walking tours of the city, one in the daytime and one at night, so you can see Oslo from all angles. Get yourself to Bergen and join a guided walking tour to take in the breathtaking views of mountains, fjords, and vibrant houses that await you there.

In addition, use the free Vox City app (included with your ticket) to explore even more of Oslo and get a sense for life here like a local after your tour guide has taken you to many of the city's most famous attractions!