Itinerary and things to do in Porto: From epic views, sunsets and Port wine

Itinerary and things to do in Porto: From epic views, sunsets and Port wine

Porto is one of Portugal's most alluring cities, yet travel there can be surprisingly inexpensive. You can discover reasonably priced lodging, low-cost public transportation, and a wide variety of reasonably priced food and drink options. Plenty of fun can be had in Porto without breaking the bank, from strolls along the waterfront to vantage points on nearby hills where you can watch the sun go down in gardens.

Porto is a stunning European city that isn't swarmed by tourists, making it the ideal destination for a vacation. The northern Portuguese city of Porto is a tourist's dream, complete with picturesque buildings, excellent cuisine, and fine wine. The best part is that this Porto itinerary includes everything you could possibly want to see or do. You'll fall in love with Porto after a day of sightseeing in the city's historic district or visiting neighboring villages. By the time your trip is over, you'll be thinking about your next visit! To help you make the most of your time in Porto, we've compiled this list of recommendations.

One of Porto's most recognizable landmarks is the city's cathedral. Built in the 12th century, this Gothic church has undergone numerous restorations over the ages. It has been preserved and now serves as an attractive landmark in Porto. The church is breathtaking to behold because of its spectacular Gothic architecture and twin towers. The interior is equally gorgeous, with a stunning nave and altar decked out in gold and silver. There is a small museum inside the cathedral that features some of the Romanesque sculptures that were originally installed there in the 12th century. Porto blue tiles, also known as Azulejo, are used to decorate the floors of the historic cloisters. 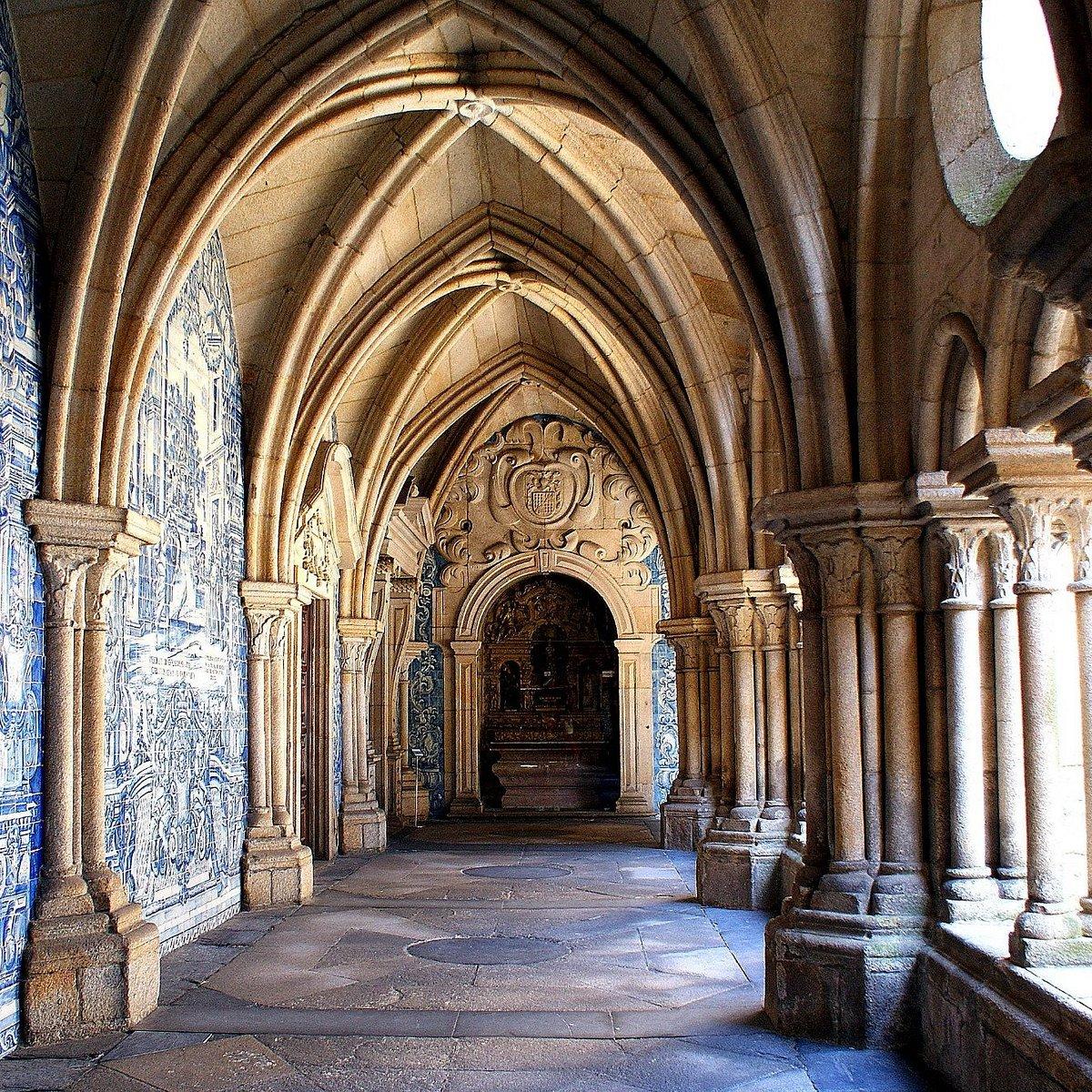 It's hard to beat the sights and sounds of the city from Cathedral Square. There is a statue of Vimara Peres in that square, and if you go to the edge of the square you can see some of the other churches in Porto and the TukTuks that are parked there.

Sunsets in Porto can be seen from a variety of breathtaking vantage points. In addition, there are plenty of them available at no cost. These lookouts will let you capture the city's picturesque river Douro, as well as its colorful streets and alleys. 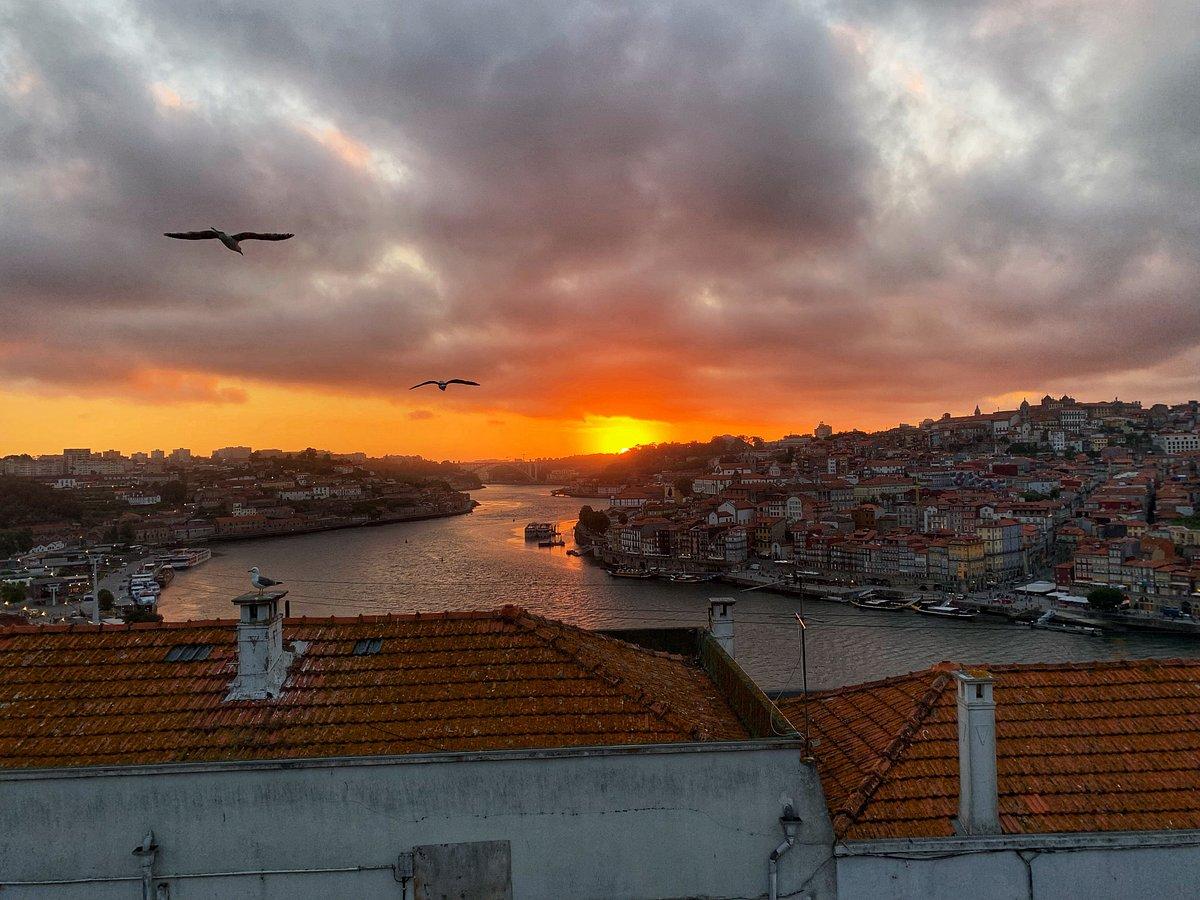 If you're looking for a great place to watch the sun go down in Porto, go no farther than Jardim do Morro. Don't forget to take advantage of the Vox City guided walking tour, which will enlighten you on the history of Porto and help you grasp its essence. The Douro River and the cityscape are both visible from this park's vantage point and it's in close proximity to the famous Dom Luis I Bridge. Walk across the bridge from Porto and you'll find yourself at the park's entrance. The park's many seats and secluded nooks make it an ideal spot to unwind and take in Porto's scenic vistas from one of the many elevated viewing areas. The park and its observation areas are open around-the-clock and are free to visit.

If you're looking for a little quiet time without any hassle during your trip in Porto, download the Vox City app and take use of the self-guided paths to the city's parks and vantage points.

Get smitten with the vibrant Azulejos

Porto's love of Azulejo, the uniquely Portuguese blue and white tiles that bring a touch of flamboyance to the cityscape, is immediately apparent. Many historical structures include eye-catching geometric patterns or intricate murals, the latter of which often serve as publicly accessible archives. 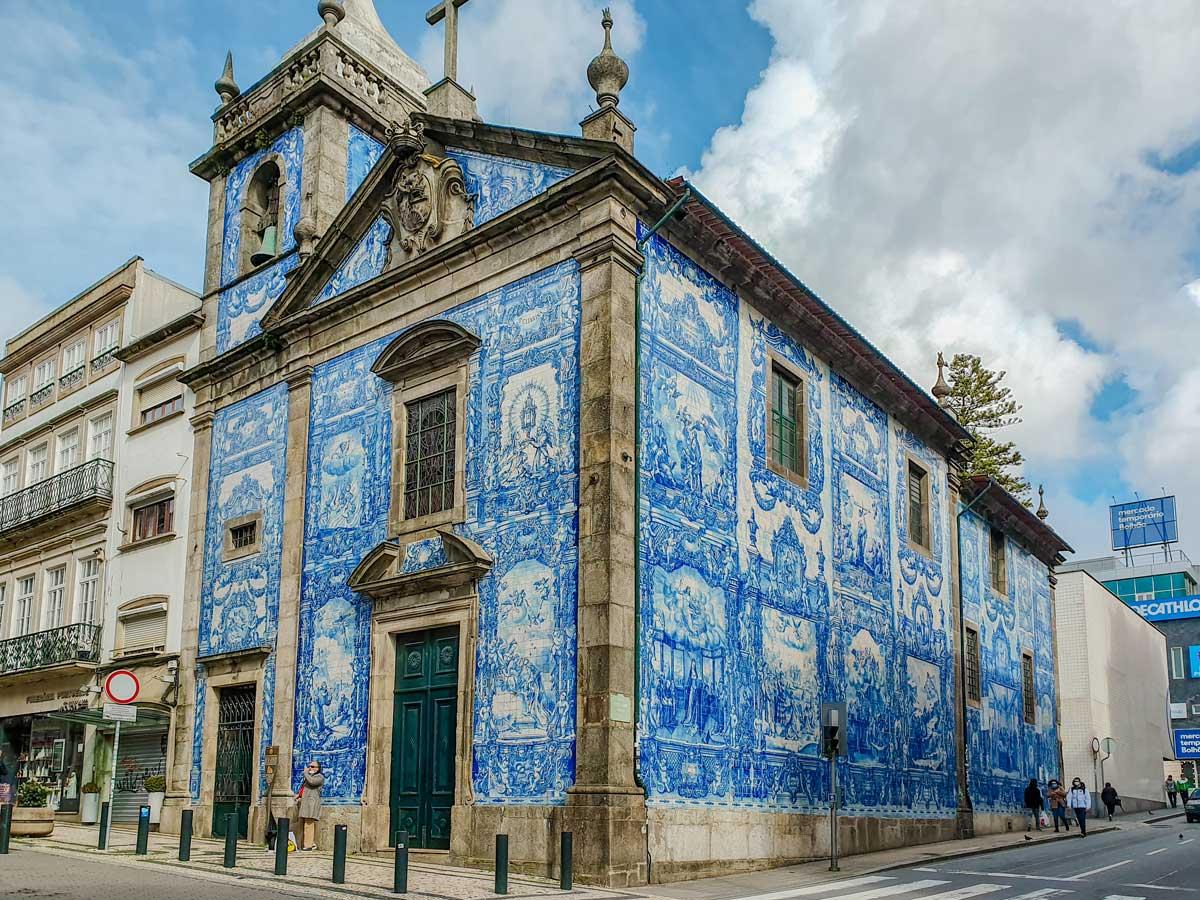 More than twenty thousand hand-painted tiles celebrate Portugal's history at the entrance to the So Bento train station, from technological advances in industry to military achievements. Capela das Almas, Igreja do Carmo, and Igreja de Santo Ildefonso are three further Azulejo-covered churches that might easily make it onto your Instagram feed. Ribeira Negra, an expressionist masterwork by the artist Jlio Resende, can be found at the foot of the Dom Lus I bridge, at the entrance to the Ribeira Tunnel, and offers a contemporary twist on tile traditions. The city also has several smaller buildings with tiled facades that are just as charming. If you're looking for some me time, start an azulejo photographic diary and you'll be busy for days.

A large and peaceful oasis in the middle of the city, the Jardins do Palácio de Cristal is a great place to escape the hustle and bustle. Lovely vistas of the Douro and Vila Nova de Gaia, which stretches along the south bank, may be seen from the many terraces. 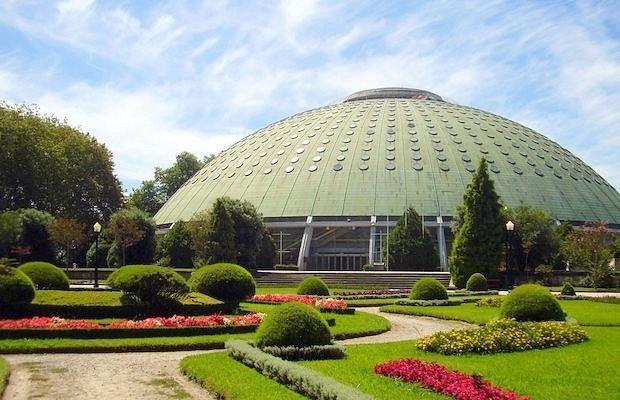 Unlike its nineteenth century namesake, the "crystal palace" of today has been replaced by a domed sports arena that looks much like an alien spaceship (book a guided climb to the top for a closer look). Set out to explore the eight hectares (19.7 acres) of beautiful gardens using it as a guide to locate the garden entrance.

Casa da Música, a stunningly designed performing arts arena with views of the Boavista Rotunda, is Porto's most popular venue for concerts. Outdoor concerts are held on the esplanade for no cost during the summer. Groups playing folk, jazz, classical, and blues music, as well as varied sounds from Brazil and beyond, can be heard on the cafe patio every night. 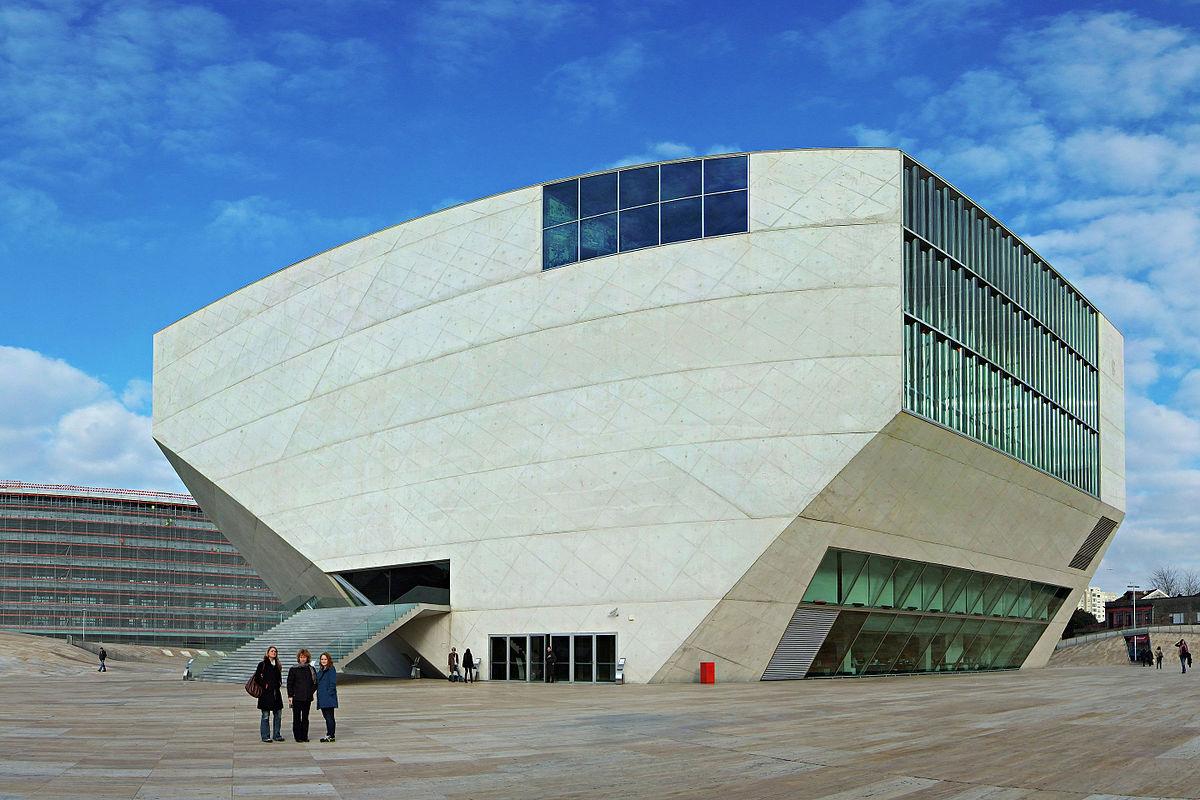 The Igreja de Sao Francisco is widely regarded as one of Portugal's finest religious buildings. Work on this baroque church in the heart of Porto began in the 13th century. This Porto landmark was included to the UNESCO World Heritage list after many years of construction, fire damage, and delays.The outside of Igreja de Sao Francisco is similar to that of any other Gothic church, but the interior is where the church truly shines. Exquisite gilded sculptures and murals adorn the church's interior, creating for a breathtaking spectacle. It is estimated that almost 300 kg of gold dust were used to embellish the interior.

Also you can take a pass from Vox City which gives you a walking tour and a magic train tour too. You can see all the top attractions in Porto without breaking the bank with this pass. It's a great way to get to know the city, as it consists of not one but three separate walking tours, as well as a train tour.

Come along on our Vox City walking tour of Porto and see its picturesque streets, historic bridges, and spectacular river vistas for yourself. The trips will take you to some of the city's most famous landmarks, such as the Torre dos Clérigos, Sé do Porto, and Igreja de So Francisco. Your local guide will take you to Porto's must-sees while regaling you with tales of the city's baroque buildings and the winemaking process. 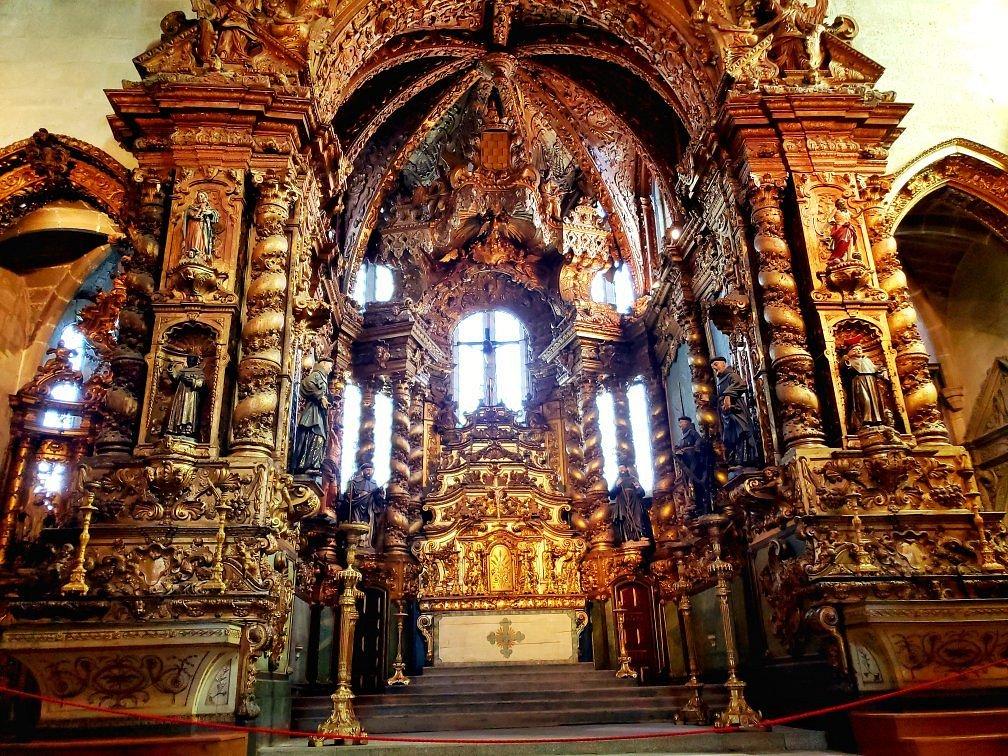 Our Vox City Porto guides will show you all the best sights, sounds, and tastes of the city, including its many historic buildings, lively markets, beautiful gardens, and world-renowned wines.

Our Highlights trip will take you to the city's other cultural highlights after you've had a taste of Porto's history and beauty. Get ready to learn about the best marketplaces, the hippest hangouts, and other must-see attractions that weren't covered on our Old Town trip. Don't think you've seen Porto until you've taken advantage of our free evening tour. We lead you on a guided tour of Cedofeita, Porto's hippest neighborhood, so you can explore the city's churches, palaces, and streets at night.

Use the free Vox City app (included with your ticket) to learn more about Porto and its amazing attractions.