Top things to do and places to visit in Toronto

Top things to do and places to visit in Toronto

Being home to one of the world's most cosmopolitan populations, Canada's most populous metropolis offers a wide range of cultural pursuits that are always growing to accommodate the city's unique population. Toronto has a wide variety of attractions that may keep visitors busy for days, including a wealth of museums, beautiful parks, and delicious restaurants. It is our suggestion that you just try to soak up as much as you can. There will always be another time to return and take in the remaining sights. There's a wide variety of things to do, from the modern theatres and restaurants of the bustling Entertainment District to the charming boutiques and cozy cafes of the historic Distillery District in its beautifully renovated buildings.

Many of Toronto's best sights are within walking distance of each other in the downtown area, and the city's subway system makes it easy to go greater distances. If you find yourself in Toronto during the winter, don't fret about the weather and instead take advantage of the city's huge PATH network of subterranean walkways that link retail, entertainment, and attractions. Summer is the perfect time to take in the waterfront's sights and relax on the beach or at a park.

Check out our compilation of the best places to see in Toronto for a comprehensive guide to how you should spend your time there.

The 553-meter CN Tower, Toronto's most recognizable landmark, is one of the city's must-see attractions. As it soars far above the city, this Canadian landmark is easily seen from practically anywhere in the metro area. You can enjoy the structure from the ground, or you can head up to one of the restaurants or observation decks for breathtaking vistas of the city and Lake Ontario. After its construction between 1972 and 1976, the CN Tower held the record for the world's highest freestanding structure until it was surpassed. If the weather is fine, you can see all the way to Niagara Falls and New York State from the CN Tower's highest observation deck, the Sky Pod, 447 meters above the city. Two elevator rides are required to reach this location. 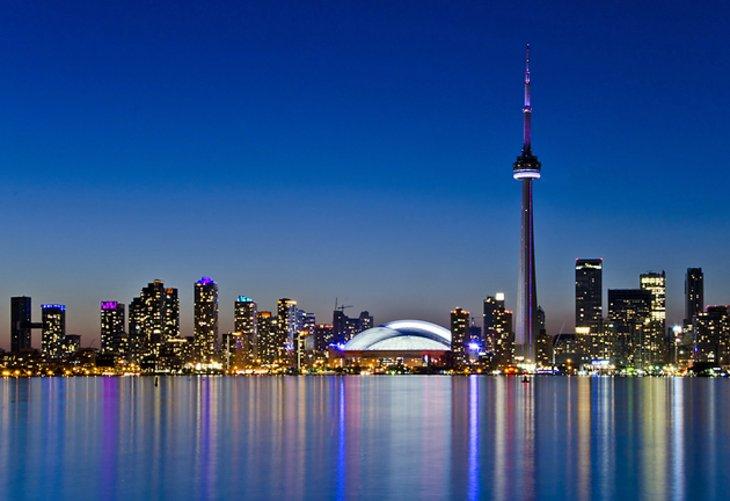 From the top of the main elevator, you can descend to the Lookout level, which is 346 meters above and features floor-to-ceiling windows and a new Glass Floor that provides a view of the Outdoor Sky Terrace on the floor below. Glass Floor, as its name suggests, provides a breathtaking look down on the city below. The "Edge Walk" is an option for those who want more excitement in their lives. The 365-meter-high main pod has a 1.5-meter-wide ledge that visitors can stroll without using their hands. A rope and safety harness are used to secure the participants. You can also view the said CN tower from a sightseeing package which you'll get only from Vox City. With this astounding value pass, alongside CN Tower you can enjoy access to 4 of Toronto's most loved sightseeing activities!

The Royal Ontario Museum (ROM) is widely regarded as one of the world's best museums. In its hallowed halls are treasures from all corners of the globe, spanning the ages and covering every aspect of environmental history, art, and culture. It's also famous for showcasing international exhibitions. A fairly traditional older structure underwent a contentious enlargement in 2007 with the installation of the Michael Lee-Chin Crystal, a contemporary wing with glass and sharp angles. It has quickly become one of the city's most iconic structures. 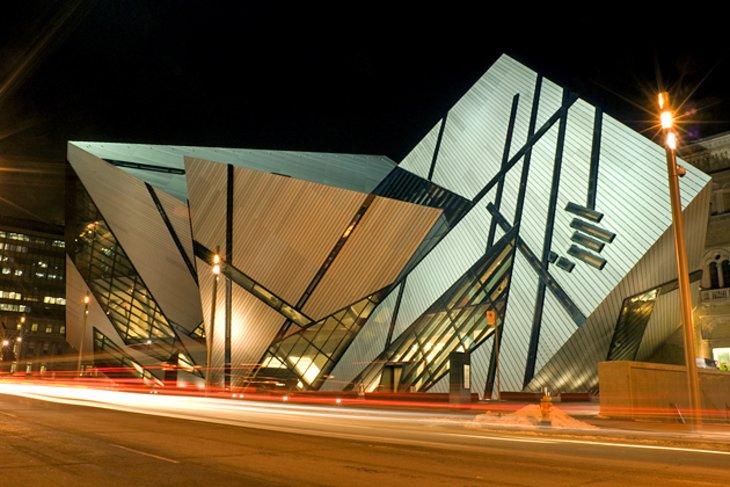 Is it your desire to visit Canada's largest museum? With the Vox City Sightseeing package, you may explore the ROM's 13 million specimens (including dinosaurs, mummies, artwork, priceless jewels, and more) and have access to the ROM's special exhibits. ROM is Canada's largest and most-visited museum, and its right in the middle of downtown Toronto, so there's something fun and educational going on there for people of all ages.

The Toronto International Film Festival is one of the city's most anticipated events each year. This annual event takes place in early September and draws some of the biggest personalities in the film industry. 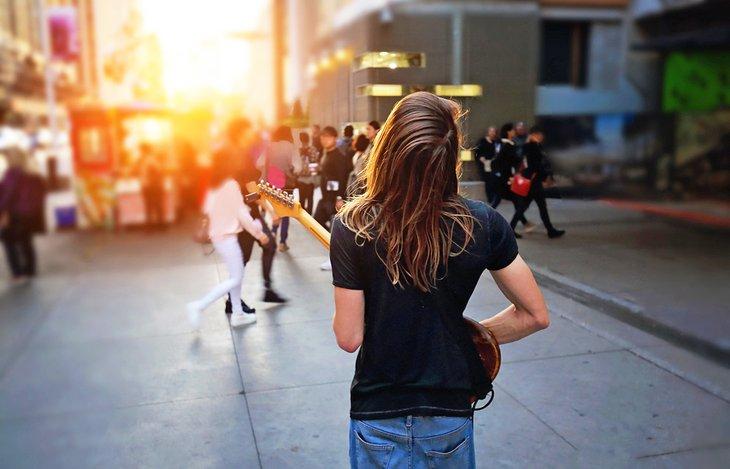 Aside from going to the movies, you could also just hang out in the area and maybe someone famous will walk by. Toronto's weather at this time of year is still warm. As the night progresses, many people enjoy eating dinner and unwinding on patios while people-watching the limos and reporters swarm the area. During these eleven days, the city of Toronto has taken on an electrifying atmosphere. Masses of people are flooding into town. A hotel reservation in Toronto at this time of year should be made far in advance.

Toronto's Kensington Market is known for its multicultural and bohemian atmosphere. Numerous vendors, most of whom work out of old two-story brick homes, set up their wares in designated parts of their deck-covered lawns or on the sidewalks on a typical summer day, filling the air with the aroma of incense and lulling passersby to sleep with the sounds of a street musician. You couldn't pick a better place to go for a stroll. 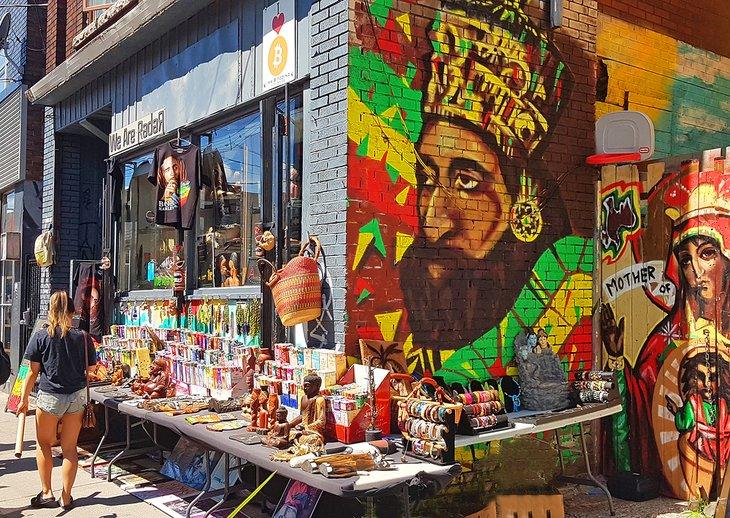 Tibetan blankets, jewelry, bags, antique clothing, and even cheese may be purchased from the stores, many of which include vibrant murals and street art. There is a veritable feast of cuisines available in local eateries, from Jamaican to Mexican to Tibetan to even the most fundamental cuisine like pizza and smoothies. In addition to conventional supermarkets, tattoo parlors, and fresh produce stands, you may find them all here. You can take a self-guided tour to Kensington Market along with many other breathtaking sites from Vox City. On Vox City Toronto tours, you'll learn the inside scoop on the city's enthralling theatre culture, as well as its vibrant art scene, eclectic retail districts, delicious restaurants, and more.

A Trip to Toronto Islands

A delightful day begins with a boat ride from Queen's Quay Terminal to the Toronto Islands, located approximately a kilometer offshore. You can go on beautiful walks, row a boat, go sailing, or jump in the water on one of the islands. The Toronto Islands host a plethora of outdoor events during the summer. From the ferry dock on Ward's Island, if the weather is clear, you may admire the cityscape of Toronto. 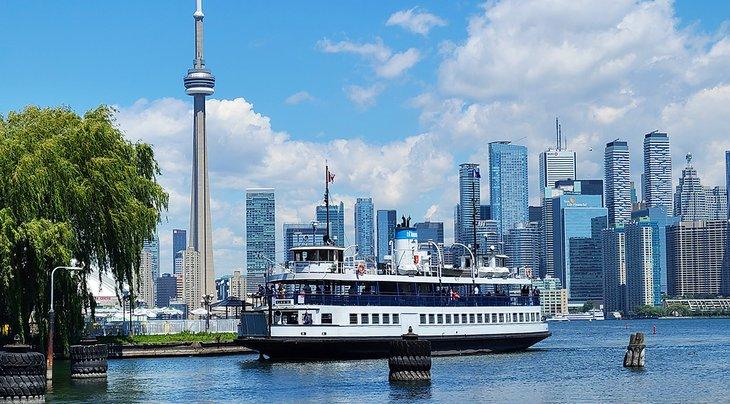 The Toronto Islands have some of the city's greatest beaches, so if the weather is nice while you're there (and don't be deceived, it does get hot in Toronto in the summer), you can take advantage of them. They run for kilometers along the islands in the sea, and the scenery, golden sands, and pure water may fool you into thinking you're in the Caribbean. Until, that is, you plunge into Lake Ontario's frigid waters and are abruptly brought back to earth. Vox City self-guided tours are also available during your visit to Toronto Island.

With its enormous and varied population, interesting history, and apparently limitless supply of parks, Toronto is a wonderful starting point for exploring the world's second-largest country. There's a contagious energy in Toronto. Then why have you been waiting so long? After you've finished your Vox City guided tours on your next trip to Toronto, you can become a true honorary local by downloading the Vox City app (included with your ticket) and exploring the city on your own.